Stay tuned to catch all the live updates here

Here are the Highlights of February 9:

2:30 pm: We've conducted trials & operationally deployed dogs. Detection is real-time. Dogs can't get infected as samples used (urine & sweat) are sterile and don't contain the virus. It only contains a volatile metabolic biomarker which is the signature of COVID19: Colonel Surender Saini

2:00 pm: With Shahtoot reservoir, we will be able to implement our vision of restoring natural beauty that captivated the imagination of Babur. I thank India and PM Modi for offering this gift of water, in addition to the gift of vaccines: Afghanistan President Ashraf Ghani

1:45 pm: 30 dead bodies have been recovered. Search operation is on for the missing. We are searching river bed & debris. Today, three bodies were recovered from the debris in Raini village including our police personnel: Ashok Kumar, DGP

1:00 pm: We are happy that shahtoot dam will provide drinking water facility to Kabul and also be used for irrigation purpose: PM Modi on signing of MoU on the construction of the dam

12:30 pm: Your decision to provide us with 5,00,000 doses of the vaccine at this critical time... there could not be a greater gift: Afghanistan President Ashraf Ghani

12:15 pm: Uttarakhand Government has stated that there is now no danger of flooding in the lower areas and water level is also receding. Electricity restored in most areas, BRO carrying out repair work of 5 damaged bridges: Union Home Minister Amit Shah in Rajya Sabha

11:45 am: About 35 people are stuck inside the tunnel, we're trying to drill and make way via rope to reach them. We have recovered 2 more bodies, total death count 28 so far. Uttarakhand CM Trivendra Singh Rawat

11:30 am: Rescue team has managed to reach Malari Valley area through rope & now necessary packages, ration can be sent easily. Earlier, only a limited stock could be supplied via helicopter but there won't be any problem now: Uttarakhand CM Trivendra Singh Rawat

11:22 am: Supreme Court grants interim relief and stays the arrest of Aam Aadmi Party leader, Sanjay Singh, seeking quashing of the FIRs registered against him under various charges, including that of sedition, in Uttar Pradesh

11:15 am: Andhra Pradesh: Voting for the first phase of Gram Panchayat polls underway in the state. Visuals from the polling centre in Sampathipuram area of Visakhapatnam

11:10 am: An alleged Khalistan supporter was arrested on 7th February. Punjab CID had traced his location and informed us. He is being taken to Punjab: Nanded Police

10:50 am: Six people died, few injured after a pickup vehicle returning from Varanasi collided with a truck at around 3 am in Jaunpur. One critically injured patient is being taken to Varanasi. Case registered & probe on: Manish Kumar Verma, DM Jaunpur

10:25 am: Delhi Police to brief media over the arrest of Deep Sidhu, an accused in 26th January violence case, at 12 pm

10:15 am: Uttarakhand Chief Minister Trivendra Singh Rawat takes stock of the situation in areas affected due to glacier disaster in Chamoli.

9:45 am: Deep Sidhu was in contact with a woman friend and actor who lives in California. He used to make videos and send it to her, and she used to upload them on his Facebook account: Delhi Police sources Deep Sidhu is accused in 26th January violence case & has been arrested by Police

9:15 am: The operation tasks for the day has commenced. Mi-17 airborne from Dehradun for Joshimath with NDRF personnel on board. An ALH carrying DRDO's DGRE scientists is undertaking a recce of Tapovan area and glacier: Indian Air Force

8:40 am: Prime Minister Modi and Afghanistan President Ghani to hold summit-level talks today. India and Afghanistan likely to sign agreement on Shahtoot dam, which will provide clean drinking water to 2 million people of Kabul and will also be used for irrigation: Sources

8:30 am: DMK, CPI, AAP and Shiv Sena have given Suspension of Business Notice in Rajya Sabha under rule 267 over 'the plight of protesting farmers in Delhi'.

8:20 am: Rescue operation at the tunnel (in Chamoli) is underway, we are hopeful that we'll be able to clear the way by noon: Ashok Kumar, DGP #Uttarakhand

8:10 am: The operation was carried out the entire night and is under progress. A lot of debris has been removed. We have not been able to establish any contact till now: Aparna Kumar, DIG Sector HQ, ITBP Dehradun

8:00 am: Rescue operation continues at Tapovan tunnel in Chamoli, Uttarakhand

7:45 am: Rescue operations to recover trapped victims in the tunnel in Tapovan, Uttarakhand continues as the day breaks. Visuals of the equipment used and the personnel posted from the scene of the operations

7:30 am: The operation is still underway to rescue the persons who're still trapped in the tunnel in Tapovan, Uttarakhand. SDRF personnel along with members of other rescue teams have been engaged the entire while in its (rescue operation's) conduction. Visuals from last night 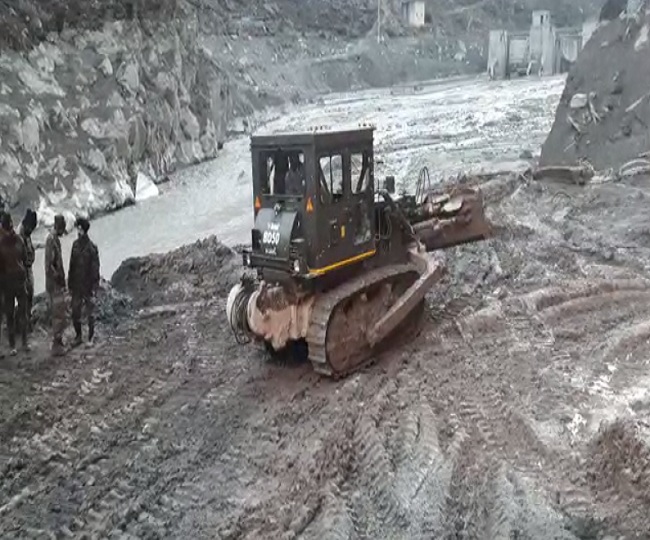 7:15 am: Tamil Nadu: Expelled AIADMK leader Sasikala reaches her place of residence in Chennai. She was greeted by an enormous presence of the public upon her arrival 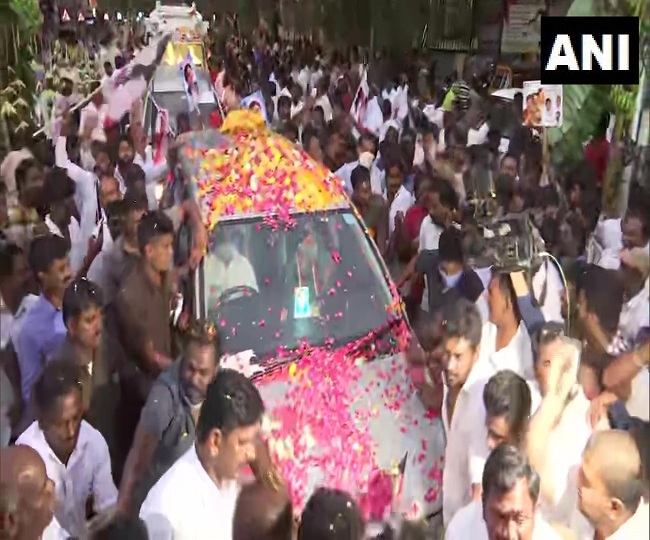 7:00 am: The UP govt accused the Punjab govt in the Supreme Court, alleging that the latter(Punjab) was colluding with BSP leader Mukhtar Ansari who is wanted in UP in relation to various criminal cases