New Delhi | Jagran News Desk: At Jagran English, we try to cover all the relevant news in our latest news updates to ensure that our readers don’t miss any news relevant to them. Here we provide a 360-degree coverage on all genres including politics, business, India, world, sports and entertainment.

Today Prime Minister Narendra Modi will visit poll-bound West Bengal and Assam. In Assam, PM Modi will launch 'Asom Mala' -- a programme for state highways and major district roads -- while he will dedicate an LPG import terminal built by BPCL to the nation in West Bengal.

Here are the highlights of February 7:

17:05 pm: In the first year of Mamata Government, it became clear that what Bengal had got was not 'parivartan' but revival of left and that too with interest. Revival of left meant revival of corruption, crime, violence, and attacks on democracy, says PM Modi in West Bengal's Haldia.

17:04 pm: In Bengal, if you ask didi (Mamata Banerjee) about your right then she gets frustrated. She even gets annoyed if slogans of 'Bharat Mata ki Jai' are raised, says PM Modi in West Bengal's Haldia.

16:52 pm: Mamata didi promised parivartan (change) in West Bengal. Everyone trusted her with her promise, but in 10 years, all they received was nirmamta (cruelty). What they have is rebirth of the Left. Rebirth of criminals. Rebirth of attack on loktantra. She gets angry on 'Bharat mata ki jai' slogan, but she won't get angry no matter what people are saying against country, says PM Modi in West Bengal's Haldia.

16:51 pm: This year's budget has allocated a lot for people working in tea gardens of West Bengal. Before independence, Bengal was India's most developed state. It offered the best education. Why did it lose that position? How did this happen?, asks PM Modi in West Bengal's Haldia.

16:47 pm: India will give a befitting reply to those conspiring against it, says PM Modi in West Bengal's Haldia.

16:44 pm: I feel blessed to be able to visit the holy land of Midnapore, says PM Modi in West Bengal's Haldia.

13:15 pm: An encounter took place between security forces and Naxals in tri-junction area of Chaibasa, Khunti and Seraikela border. One jawan of CoBRA Battalion has been injured and shifted to hospital. Search operation by 3 district police, CRPF and Jharkhand Jaguar unit launched: Jharkhand Police

13:14 pm: Northeast is heading on the road of development and Assam is playing a significant role in it. Assam is an example of how collective efforts yield good results: PM Modi in Assam's Sonitpur

13:13 pm: People who are conspiring to defame India have stooped so low that they are not sparing even Indian tea. You must have heard in news that these conspirators are vowing to malign the image of Indian tea in a systematic manner across the world: PM Modi in Assam's Sonitpur

11:22 pm: Saddened to hear about the passing of Akhtar Ali, a true tennis legend. ‘Akhtar Sir' coached many of India’s tennis champions. We conferred Bengal’s highest sporting award on him in 2015. Condolences to his family and admirers, says West Bengal Chief Minister Mamata Banerjee.

10:50 am: Magnitude 6 earthquake hits Mindanao island in the Philippines, as per National Centre for Seismology.

10:23 am: Delhi Police rescued a 13-year-old girl child, who was kidnapped in Bawana, from the kidnappers near Raxaul border in Bihar. The girl is being handed over to the family, reports ANI.

8:02 am: Actress Gehana Vasisth has been arrested by Property Cell of the Crime Branch for her alleged role in shooting and uploading lewd videos on a website. She will be produced before a court in Mumbai today: Mumbai Police

7:19 am: A massive fire broke out in Delhi's Okhla Phase II area today morning. No injuries have been reported so far. 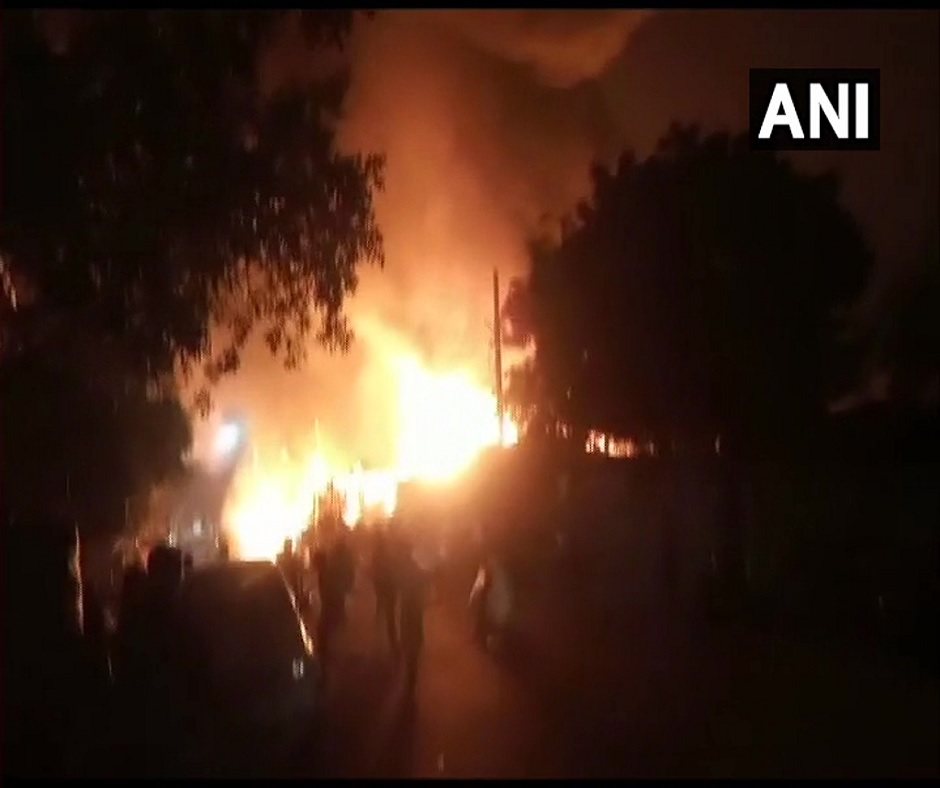 7:14 am: PM Modi will also Assam today and will lay the foundation stone of two hospitals and launch 'Asom Mala', a programme for state highways and major district roads.

7:12 am: PM Modi will visit West Bengal's Haldia today and dedicate LPG import terminal built by BPCL to the nation there. He will also dedicate to the nation Dobhi–Durgapur Natural Gas Pipeline section of the Pradhan Mantri Urja Ganga project.