New Delhi | Jagran News Desk: At English Jagran, we provide our readers with 360-degree coverage in all genres to give them a brief insight about what's happening around the world as whatever happens impacts us some way.

President Ram Nath Kovind will address the valedictory function of the Aero India 2021 at the Yelahanka Air Force Station today. Aero India 2021 is being organised in Bengaluru. The three-day event which began from February 3 will end today.

Here are the highlights of January 5:

16:00 pm: I have also been told that 201 new business partnerships have been developed in the form of MoUs, agreements and collaborations among various nations and companies, says President Ram Nath Kovind.

16:00 pm: Past year has been a time of unprecedented hardships due to COVID-19. Its adverse impacts have been felt in all walks of life over the world. Despite the challenges posed by the pandemic, I'm happy that Aero India 2021 has been organised successfully, says President Ram Nath Kovind

Aero India 2021 has been an unprecedented success. I'm told that high-level delegations from 43 countries and exhibitors from 530 companies participated, many more across world got associated virtually. It's world's 1st mega event of this kind to be held in hybrid format, he says.

14:14 pm: The Supreme Court Collegium approves the proposal for elevation of 11 Judicial Officers as Judges of the Allahabad High Court.

13:20 pm: During the period 2015-2020, defence exports grew from Rs 2000 crores to Rs 9000 crores. The aerospace sector has an important role to play, if we have to reach our targets of domestic defence production of USD 25 billion and exports of USD 5 billion by 2025: Defence Minister Rajnath Singh

The fountainhead of any capability emerges from the robustness of its foundation. The foundation of our vision rests on three pillars. These are Research and Development, Public and Private Defence Production and Defence Exports, he added.

11:38 pm: Pfizer withdraws application for emergency use of its COVID-19 vaccine in India, reports Reuters

11:14 am: Delhi Police are going to write to Google to get the IP address or the location from where the doc was made and uploaded on social media platform. This is being done to identify the authors of the toolkit which was shared on the Google Doc: ANI

10:55 am: Afghanistan: At least 16 security force members were killed and two more were wounded in a Taliban attack on their outpost in Khan Abad district in the northern province of Kunduz on Thursday night, reports TOLOnews

10:27 am: Startup India was based on three major pillars — simplification and handholding, funding and incentives and industry-academia partnerships, says Defence Minister Rajnath Singh

9:24 am: The Reserve Bank of India will today announce its final bi-monthly monetary policy review for the financial year 2020-21.

8:54 am: On a plea filed by students of different law colleges, Allahabad High Court has asked the state government as to 'how many police stations in the state are not having toilets for women'.

8:54 am: The Centre has apprised Supreme Court that Tamil Nadu Governor, after considering all the facts on record and relevant documents, said that the President is the "appropriate competent authority" to deal with pardon plea of AG Perarivalan, convict in Rajiv Gandhi assassination case. 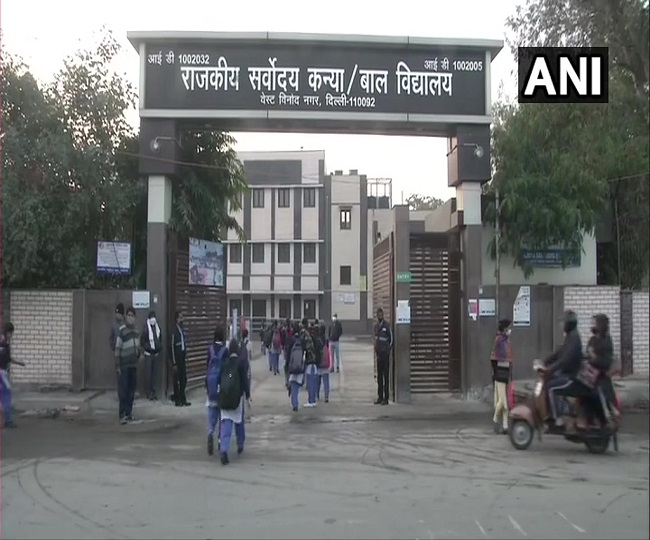 7:41 am: Delhi Police arrested Mewat based criminal Shahid Rafiq yesterday after a brief exchange of fire near Kalindi Kunj. Police recovered a semi-automatic pistol with 6 cartridges. Rafiq was taken to Safdarjung hospital after a leg injury in the exchange of fire, reports ANI.

7:36 am: An earthquake of magnitude 4.0 on the Richter scale occurred near the Nepal-India border in Sikkim at 3:43 am today, says National Centre for Seismology.