Here are the Highlights of Feb 25:

1:50 pm: Apart from ensuring internal security, jawans also play an important role in election duties. Recently, DDC elections were held in Jammu and Kashmir to strengthen the roots of democracy. Army & CAPFs played an important role in the conduct of the polls: Home Secretary Ajay Bhalla

1:30 pm: Congress leader Tarun Gogoi had also made great contributions. He was given Padma Bhushan in the regime of PM Narendra Modi: Union Home Minister Amit Shah, in Nagaon, Assam

1:20 pm: Under the leadership of PM Modi, not only in Assam, a new development started in entire northeast. There was a time when Assam was known for agitation & violence. PM Modi did everything to bring prestige to Assam. Bhupen Hazarika was conferred Bharat Ratna: HM in Nagaon, Assam

1:03 pm: NDA wants to make Puducherry the BEST. By BEST, I mean -- B for business hub, E for education hub, S for spiritual hub, and T for tourism hub: PM Narendra Modi

12:55 pm; People all over India are rejecting Congress, their seats in Parliament is the lowest ever. Congress culture of feudal politics, dynasty politics, patronage politics is ending. India is young, aspirational & forward-looking: PM Modi at a BJP rally in Puducherry

12:42 pm: Instead of telling the truth to the nation, the former Puducherry CM gave a wrong translation of the woman’s words. He lied to the people and his own leader. Can a party whose culture is based on lies ever serve people?: PM Modi

12:35 pm: What I am seeing here today -- the energy and enthusiasm -- is wonderful. It shows how the direction of the wind is changing in Puducherry: PM Narendra Modi at a rally in Puducherry

12:20 pm: Uttarakhand: Out of 206 people missing in flash flood, bodies of 71 people and 30 body parts have been recovered from Tapovan in Chamoli district.

12:15 pm: One sector that will play a key role in the coming years is healthcare. Nations that invest in healthcare will shine. In line with our objective to provide quality health care to all, I am inaugurating the blood centre in JIPMER: PM Narendra Modi in Puducherry

12:10 pm: Our farmers are innovating. It's our duty to ensure their produce gets good markets. Good roads do that. Four-laning of road will also draw industries in this area & generate job opportunities for local youth: PM after laying foundation stone of development projects in Puducherry

12:00 pm: I am a Congressman by birth. I left the party after I was denied the party ticket to municipal corporation elections. I had joined Hindu Mahasabha, contested & won the election. Later, I realised that I don't fit into their ideology: Gwalior corporator Babulal Chaurasia

11:40 am: Prime Minister Narendra Modi arrives at Jawaharlal Institute of Postgraduate Medical Education and Research in Puducherry where he will launch and lay the foundation stone of several development projects

11:30 am: Delhi High Court adjourns till April 20, the hearing on various petitions seeking recognition of same-sex marriages under the Hindu Marriage Act, the Special Marriage Act and the Foreign Marriage Act.

11:15 am; They (Congress) should go in past and see what they have done for Sardar Patel. As a matter of fact, Congress gets upset merely with the name of Narendra Modi: Gujarat Chief Minister Vijay Rupani 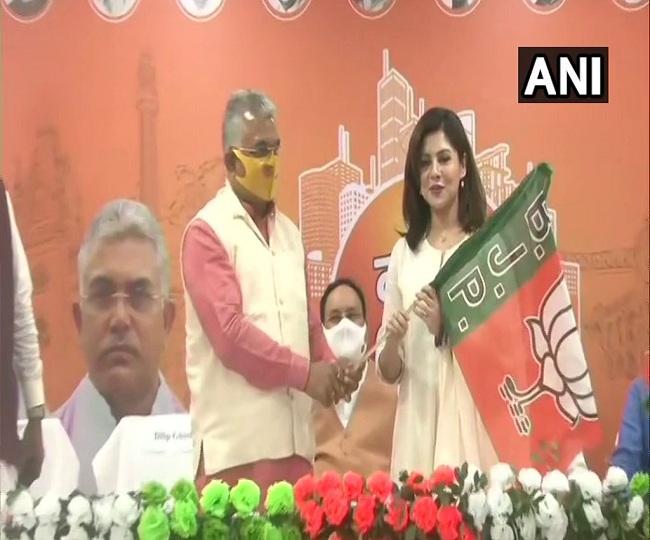 10:30 am: Maharashtra: 229 students and 3 staffers of a hostel in Washim test positive for #COVID19. A total of 327 students from Amravati, Hingoli, Nanded, Washim, Buldhana, Akola reside in this hostel

10:20 am: Tamil Nadu: Some transport trade unions in the state have called for a statewide strike today over their various demands, including their wages. Visuals from Koyambedu as bus services are running today with fewer employees.

10:00 am: Andhra Pradesh CM YS Jagan Mohan Reddy writes to Union Railway Minister Piyush Goyal for a 'suitable decision' regarding the state govt's proposal to exchange land with Railway in lieu of the land encroached upon by '800 poor families' in Vijayawada.

9:10 am: A 22-member COVID Intensive Vaccination Committee constituted in Puducherry for monitoring and upscaling of COVID vaccination activities. Lt Governor Tamilisai Soundararajan to be the Chairman of the Committee.

8:45 am: Made in India COVID-19 vaccines sent to Abidjan, Côte d'Ivoire, a country in West Africa from Mumbai, Maharashtra.

8:30 am: Kerala: BJP & Hindu outfits have called for a shutdown in Alappuzha district from 6 am to 6 pm today in protest against the death of an RSS worker in a clash with SDPI workers last night, says BJP district president MV Gopakumar

7:45 am: India for decades has been subject to such proxy cross-border and relentless state-supported terrorist attacks from our neighbourhood: Deputy Permanent Representative to UN, K Nagaraj Naidu at a UNSC meeting

7:30 am: Whether it was the 1993 Mumbai bombings or random & indiscriminate firings of 26/11 which witnessed the launch of the phenomenon of lone-wolves or attacks in Pathankot & Pulwama, the world has been witness to fact that India has repeatedly been targeted by such non-state actors: K Nagaraj Naidu

7:15 am: Haryana: Three persons died, one injured in blast at a cracker factory in Karnal "We have informed the family members of the deceased. Injured is being treated in the hospital. Investigation is underway," said police