New Delhi | Jagran News Desk: At Jagran English, we try to focus on all the top news to provide our readers a brief insight of what's happening around the world and provide them a 360-degree coverage on all genres including politics, business, India, world, sports, and entertainment.

Today our focus will be on the ongoing coronavirus pandemic. The novel infection has affected over 1 crore in India and claimed more than 1 lakh lives. Amid this, a new strain of the infection has caused panic, forcing countries to close their borders again. However, the infection has not been reported in India so far and the Centre has urged the people not to panic.

Here are the highlights of December 25:

16:18 pm: Ludhiana and Shaheed Bhagat Singh Nagar have been chosen for COVID vaccine dry run to be held from January 27 to 29. It'll be done using dummy vaccine. We have 805 service locations for vaccination, says V Sharma, Deputy Commissioner of Ludhiana, Punjab.

15:00 pm: Confederation of All India Traders (CAIT) has sent a communication to Ministry of Finance raising objections against new provisions in GST mainly the introduction of section 86 B, which are detrimental for trade. We demand that Govt roll back this provision immediately: CAIT

15:00 pm: CMs of Punjab, Rajasthan, Chhattisgarh and Puducherry had requested to meet the President. The President must be under so much pressure that four chief ministers wanted to meet him but he couldn't meet them. This is my assumption: Rajasthan CM Ashok Gehlot

13:40 pm: Rajinikanth admitted to hospital this morning after showing severe fluctuation in blood pressure. He'll be investigated and monitored closely till his bp settles down before being discharged. He doesn't have any other symptoms and is hemodynamically stable, says Apollo Hospital, Hyderabad, in a statement.

12:29 pm: Nepal: The rival faction led by Pushpa Kamal Dahal and Madhav Kumar Nepal reach the Election Commission office to claim the name of the Nepal Communist Party and the election symbol.

12:00 pm: Dry run for vaccine administration will be conducted in Andhra Pradesh, Assam, Gujarat and Punjab next week. This will exercise enable end-to-end mobilisation and testing of COVID-19 vaccination process (except the vaccine) and check the usage of Co-WIN: Centre

11:59 am: Govt is gearing up for roll-out of COVID19 vaccine across the country. Till today, the State level trainings completed in all States and UTs with the participation of more than 7000 district level trainees, except Lakshadweep which will conduct it soon on 29th December: Centre

11:32 am: Till Modi Ji, Amit Shah Ji are in central government and Rajnath Ji is Defence Minister, people of India don't need to worry. With steps taken by govt in border areas, whether it is Ladakh or Arunachal Pradesh, not even an inch of land can be invaded by outsiders: Ladakh MP Jamyang Tsering Namgyal

The proposal sent by PLA has been refused. As a local of Ladakh and representative of people, we have been witnessing the drama by neighbouring countries since long. For the first time, under the leadership of PM Modi, people of Ladakh feel safe, he added.

11:02 am: A total of 518 new COVID19 cases, 491 discharges and 3 deaths were reported in Telangana yesterday, says State Health Department.

10:23 am: Farmers' protest at Delhi's borders with Haryana at Singhu and Tikri enters 30th day. 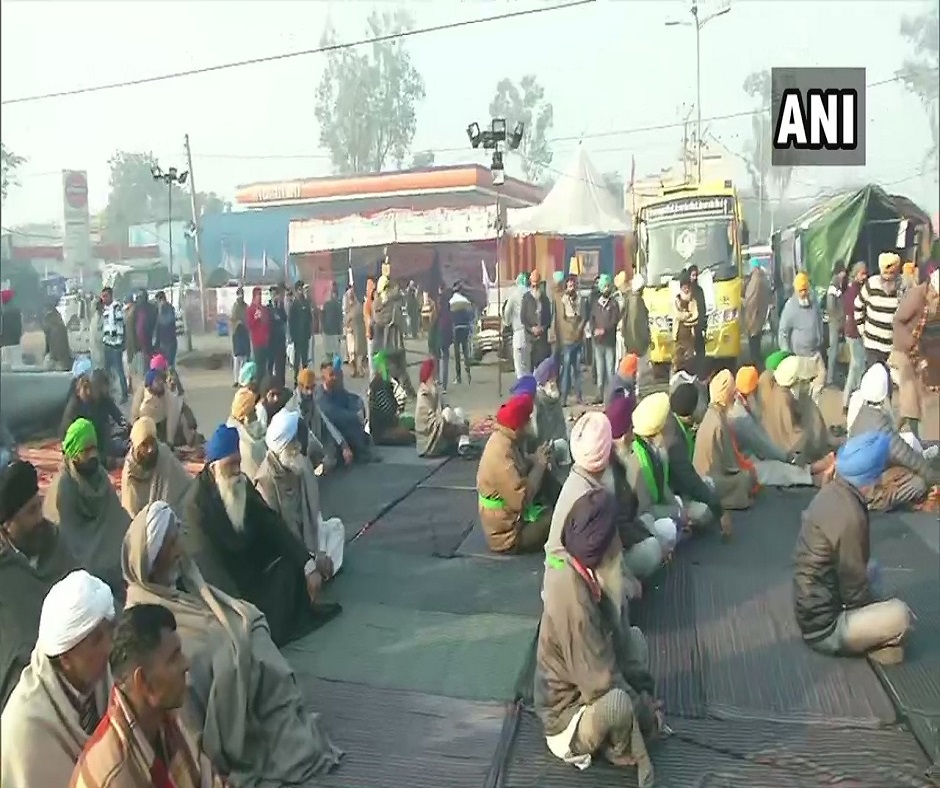 10:22 am: Many farmers have thanked PM Modi for the new agriculture laws. We will double farmers' income by 2022. The government is ready to talk and clear doubts of the farmers who are protesting. A solution can be found only through dialogue: Union Minister Anurag Thakur

"He took the country to unprecedented heights of development. His efforts to build a strong and prosperous India will always be remembered," says PM Modi.

8:10 am: Delhi's air quality is 'severe' category today, as per SAFAR-India

8:07 am: More than 600,000 people in the United Kingdom have received the first dose of Pfizer-BioNTech COVID-19 vaccine since inoculations began in the country earlier this month, reports Reuters

8:05 am: Earthquake of magnitude 6.2 on the Richter scale hit Manila, Philippines at 5:13 am today: National Centre for Seismology

8:00 am: Earthquake of magnitude 2.3 on the Richter scale hit Nangloi in Delhi at 5:02 am today: National Centre for Seismology