Stay tuned to catch all the LIVE updates of December 14.

New Delhi | Jagran News Desk: At Jagran English we try to cover all the relevant news in our latest news updates to ensure that our readers don’t miss any news relevant to them. Here we provide a 360-degree coverage on all genres including politics, business, India, world, sports and entertainment.

Here are all the highlights of December 14:

15:37 pm: Even if Rahul Gandhi takes 100 births he can't be Rahul Savarkar. Savarkar was 'Veer', patriot&had sacrificed. The language Rahul Gandhi uses for Article 370, air strike, surgical strike, CAB is Pakistan's language. He can't be 'Veer' or be at par with Savarkar

15:09 pm: Sukhbir Singh Badal has been unanimously re-elected as the president of Shiromani Akali Dal (SAD).

13:42 pm: Modi-Shah are not bothered at all that Citizenship (Amendment) Act will shred the soul of India, just like it is happening in Assam and other states of the northeast: Sonia Gandhi

13:39 pm: Should there not be a probe into why blackmoney could not be brought back as promised: Sonia Gandhi

13:39 pm: Small businesses have been destroyed due to wrong policies of Modi govt, such shopkeepers forced to commit suicide: Sonia Gandhi

13:37 pm: The only agenda of the BJP is make people fight and hide the real issues: Sonia Gandhi

13:35 pm: 'My name is not Rahul Savarkar, will never apologise for truth': Rahul Gandhi at Bharat Bachao rally

13:34 pm: Time has come to save the country and we have to struggle hard for it: Sonia Gandhi

13:33 pm: Where is the 'Sabka Saath, Sabka Vikas' promised by the PM: Sonia Gandhi

13:26 pm: The country knows the situation today. They work to create divides - between religions - in J&K, in northeast. Go to Assam, Mizoram, Manipur, Nagaland, Arunachal Pradesh. Go and see what Narendra Modi did there, he has set ablaze those regions: Rahul Gandhi

13:25 pm: The media holds responsiblity, but today they have forgotten their duty: Rahul Gandhi

13:21 pm: It is Prime Minister Modi himself and not India's enemies who has destroyed our economy, and he still calls himself a patriot: Rahul Gandhi

13:17 pm: Today, GDP (Gross Domestic Product) growth is at 4 per cent, that too even after they (BJP) changed the way to measure GDP. If GDP is measured following the previous method, it will be just 2.5 per cent: Rahul Gandhi

13:14 pm: All enemies of the Congress want India's economy be destroyed and this was done by our own PM: Rahul Gandhi

13:08 pm: Our Congress workers are not afraid of anybody and are ready to sacrifice their lives for the country: Rahul Gandhi

13:03 pm: The youth and farmers of the country are helpless today. We need change now: Jyotiraditya Scindia

12:36 pm: We will be as much responsible for this as much as the arrogant and lying leaders of BJP-RSS: Priyanka Gandhi

12:35 pm: I'd like to tell every citizen of this country - raise your voice. You love this country, become its voice. If we don't raise our voice, stay back in the darkness of fear & lies even in these circumstances, & stay quiet then our Constitution will be destroyed: Priyanka Gandhi

12:27 pm: Our country is surrounded by injustice today. The person who does not fight injusice, history will judge him/her as a coward: Priyanka Gandhi

12:27 pm: I recalled my father whose dead body I brought home at the age of 19, when I met the family of the Unnao rape survivor and was told about her father's death: Priyanka Gandhi

12:23 pm: BJP says that 'Modi hai to mumkin hai' but the reality is that if BJP is there then cost of onion is Rs 100 a kg: Priyanka Gandhi

12:21 pm: Till a few years back our economy was growing at a pace that all other countries looked up to us: Priyanka Gandhi

12:20 pm: Our country is all about brotherhood, a farmers pride, a soldiers dream of sacrificing his life for the country: Priyanka Gandhi

11:56 am: Today's assembly session at the Himachal Pradesh Legislative Assembly began at 11:30 am instead of 11:00 am, as some MLAs could not reach on time due to rainfall and snowfall in the state. 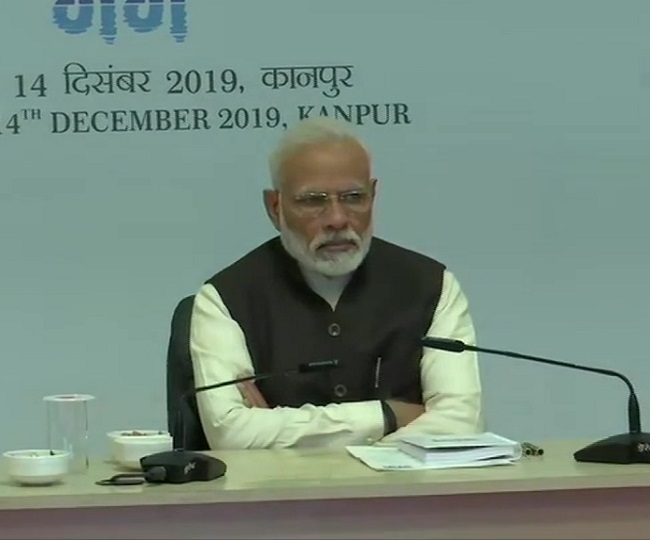 10:46 am: Prime Minister Narendra Modi arrives in Kanpur. He will chair the first meeting of National Rejuvenation, Protection and Management of River Ganga Council (National Ganga Council) here today. He will also review progress of work done & deliberate on aspects of cleaning the Ganga.

10:28 am: Every family in Jharkhand should contribute one brick and Rs 11 for the construction of Ram Temple in Ayodhya (UP): Yogi Aditynath in Jharkhand's Giridih

9:55 am: ‘It’s not fair, have done nothing wrong’: Donald Trump as US House panel approves impeachment charges 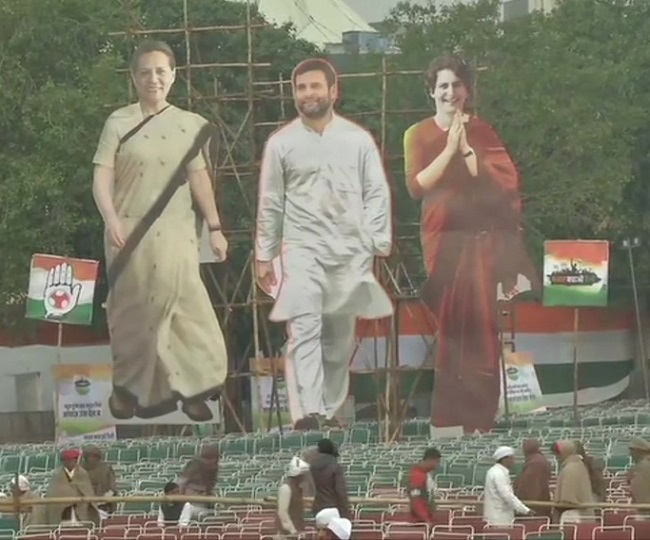 9:05 am: Indian Army issues advisory to people to be cautious against fake news and disinformation being spread by some suspicious people on social media regarding its action in the northeast.

8:51 am: Maneka Gandhi and Varun Gandhi - BJP leaders and wife & son of Sanjay Gandhi, pay tribute to him on his birth anniversary today. 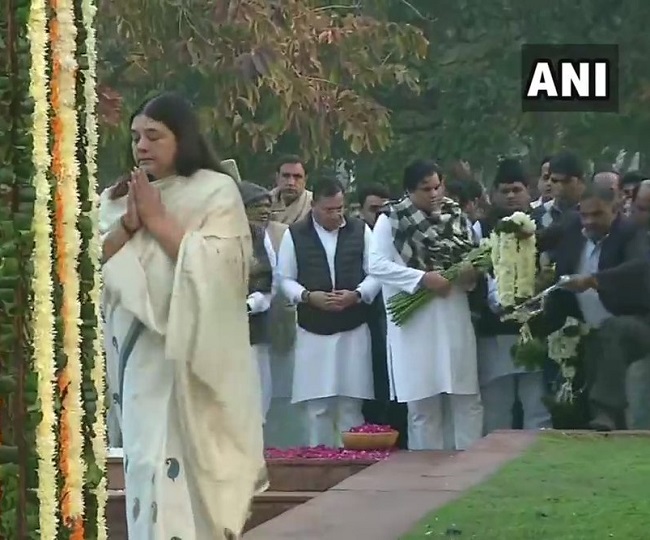 8:35 am: Amitabh Kant,CEO NITI Aayog, in Washington DC: India came out with a new policy on intellectual property rights (IPR) & our IPR regime has radically improved. It's probably one of the best IPR regimes, we have benchmarked it against USA & Japan now.

8:30 am: Amitabh Kant, CEO NITI Aayog, in Washington DC: Another big thing that has happened in India is amalgamating 54 labour laws into just 4 laws & making major structural reforms there. This will be really path-breaking & it will enable you to do large-scale manufacturing in India.

8:20 am: Amitabh Kant,CEO NITI Aayog, in Washington DC: This Corporate Tax coupled with the size of domestic market and the fact that you've pushed through a lot of digitisation in India and the structural reforms that have been carried out makes India a very attractive destination for investment

8:10 am: Amitabh Kant, CEO NITI Aayog, in Washington DC, USA: India has put out probably the best corporate tax regime in the world now. At 15 per cent with an effective rate of 17.1 per cent, makes it the best country as far as corporate tax is concerned.

Also Read
PM Modi to address 75th UNGA session on Saturday; here's what he may speak..

8:00 am: India Meteorological Department: An earthquake of magnitude 4.8 on the Richter scale hit Palghar, at 5:22 am, today.