Dubbed as the world's longest underground highway, the Atal Tunnel, named after former Prime Minister Atal Bihari Vajpayee, is a strategic tunnel which will connect Manali to Lahaul-Spiti Valley in Ladakh. The new tunnel will provide 'all-weather connectivity to Ladakh, which gets cut-off from the whole country for nearly six months because of the heavy snowfall. The 9.03 kilometres long tunnel is situated under the 3.9 kilometres Rohtang Pass in the Pir Panjal range.

Here are the Highlights from Atal Tunnel inauguration ceremony:

1:30 pm: Our govt is committed to giving basic amenities to Dalits and other weaker sections: PM Modi.

1:20 pm: Transformation has been brought in governance; Policies no more based on votes but aimed at the development of all: PM Modi.

1:10 pm: Atal Tunnel will connect the youth of this entire region with many employment opportunities: PM Modi in Himachal Pradesh

1:00 pm: With the construction of Atal Tunnel, the farmers of Lahaul-Spiti and Pangi, people associated with horticulture, cattle-rearers, students and traders will be benefitted: PM Modi during a public rally in Sissu, Lahaul Valley in Himachal Pradesh

12:30 pm: We are planning on how to connect #AtalTunnel and tourism. It will help bring tourists from around the world to the Lahaul valley. It will help improve the economy: Himachal Pradesh CM Jairam Thakur

11:55 am: Himachal Pradesh: Prime Minister Narendra Modi travels from the South Portal of the Atal Tunnel at Rohtang to the North Portal of the tunnel located in Sissu, Lahaul Valley 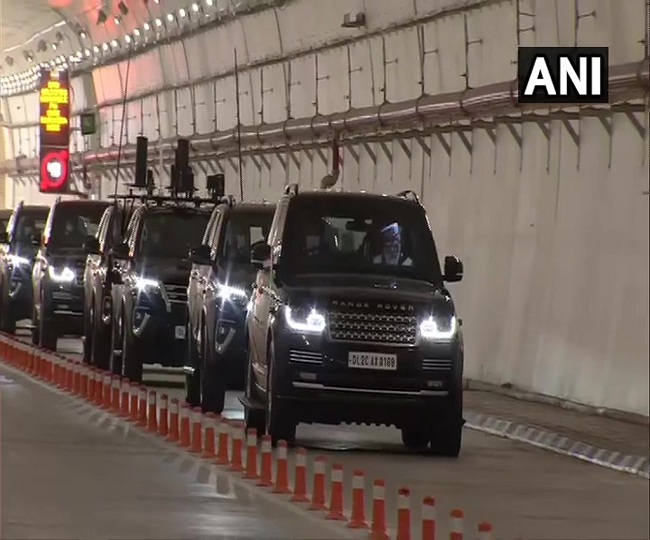 11:50 am: I want the Ministry of External Affairs to invite some universities for case studies on this tunnel. The world should know how our jawans can do such a wonderful job in limited resources: PM Narendra Modi

11:45 am: Experts say if the tunnel was constructed with the pace it was being built at that time, it would probably be completed in 2040. We completed the work in just 6 years that would have taken 26 years: PM Narendra Modi

11:42 am: I request the Ministry of Education that the students of engineering & technical studies related universities should be given a chance to do a case study of Atal Tunnel. The students must learn how this tunnel was built: PM Modi at the inauguration of Atal Tunnel, Rohtang

11:38 am: Many other important projects were treated in the same way as Atal tunnel. The strategically important Daulat Beg Oldi airstrip in Ladakh remained closed for 40–45 years. I don't want to go into details as to what was the helplessness and the pressure behind it: PM Narendra Modi

11:35 am: There is nothing more important for us than protecting the country. But the country has also seen that a period when the defense interests of the country were compromised: PM Modi at Rohtang

11:30 am: Emphasis has been put on the development of border infrastructure. Its benefits are being extended to the common people as well as our armed forces personnel: PM Modi at Rohtang, Himachal Pradesh

11:25 am: Connectivity has a direct connection with development. Connectivity in border areas is directly related to security issues: PM Modi at the inauguration of Atal Tunnel, Rohtang

11:20 am: Atal tunnel will give new strength to India's border infrastructure. It is an example of world-class border connectivity. There have been demands to improve border infrastructure but for a long time, such projects either couldn't get out of planning stage or got stuck midway: PM

11:15 am: Border Roads Organisation completed construction of Atal Tunnel within its estimated cost of construction. This tunnel is dedicated to the soldiers guarding our borders & those living near border areas: Defence Minister Rajnath Singh at Rohtang

10:35 am: Himachal Pradesh: Prime Minister Narendra Modi at Atal Tunnel, Rohtang It is the longest highway tunnel in the world built at an altitude of 3000 meters. The 9.02 Km long tunnel connects Manali to Lahaul-Spiti valley 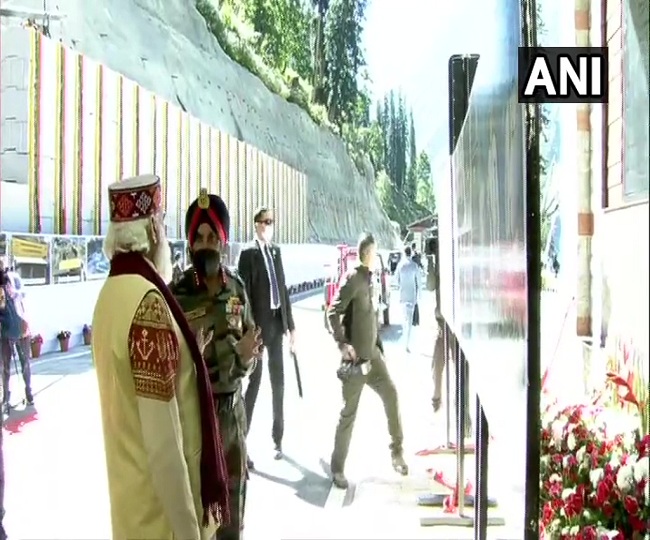 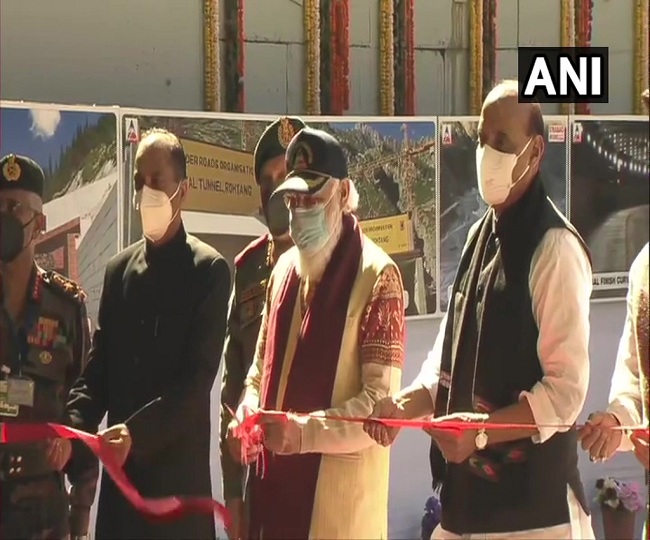 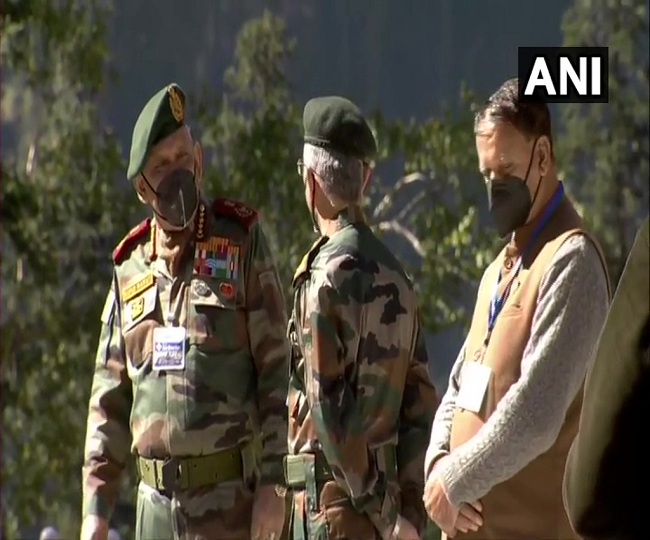 9:35 am: Himachal Pradesh: Prime Minister Narendra Modi arrives at Manali for the inauguration of #AtalTunnel, the longest highway tunnel in the world built at an altitude of 3000 meter. 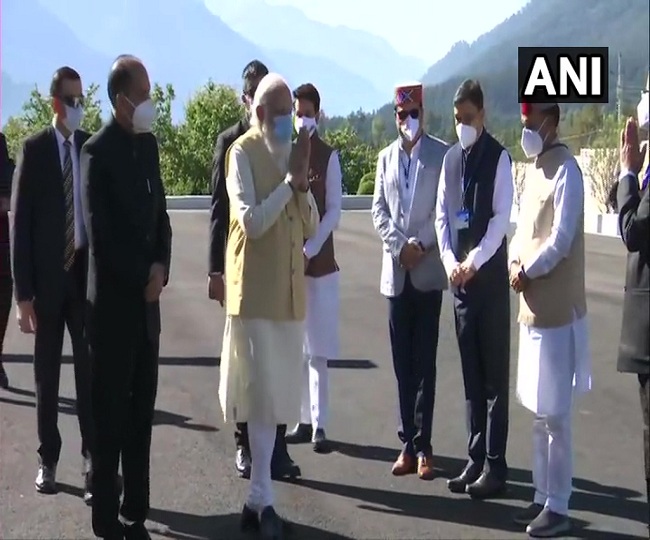 9:15 am: Prime Minister Narendra Modi arrives at Chandigarh International Airport. He will inaugurate Atal Tunnel at Rohtang in Himachal Pradesh at 10 am today. 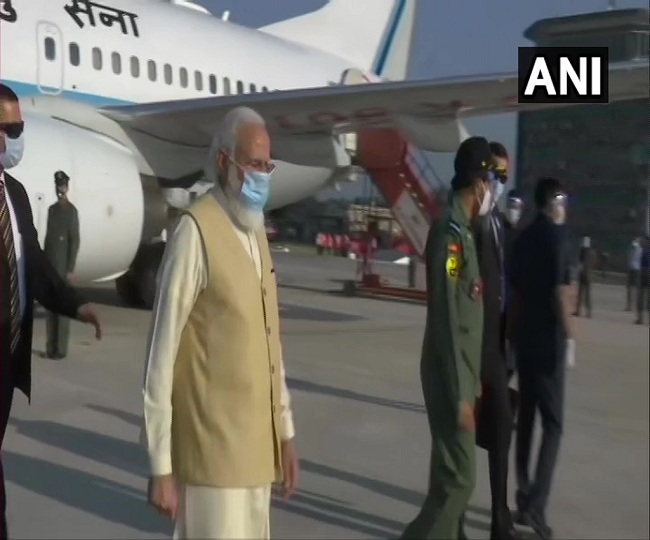 9:00 am: Himachal Pradesh: Visuals from Sissu in Lahaul valley where PM Narendra Modi will address a public gathering today after inaugurating Atal Tunnel which is the longest highway tunnel in the world. The tunnel connects Manali to Lahaul-Spiti valley throughout the year. 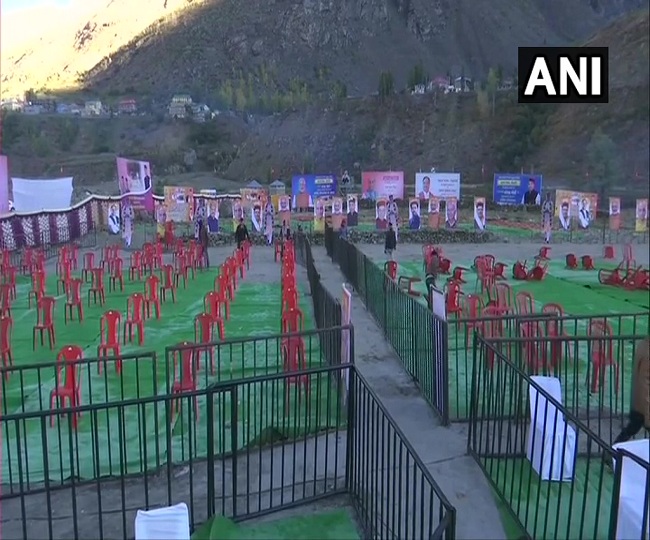