At altitude of 11,562 ft, Ladakh gets world's highest mobile theatre | See pics inside

Famous Bollywood actor, Pankaj Tripathi and President of Ladakh Buddhist Association (LBA), Thupstan Chewang were present for the inauguration at the NDS ground on August 24.

At the screening ceremony, Mepham Otsal, a theatre artist from the National School of Drama, while speaking to ANI, said, "It offers affordable tickets and has several facilities. The seating arrangement is also good. Being a theatre artist, it's very good for the people here as it will open a gate to the world of art and cinema." 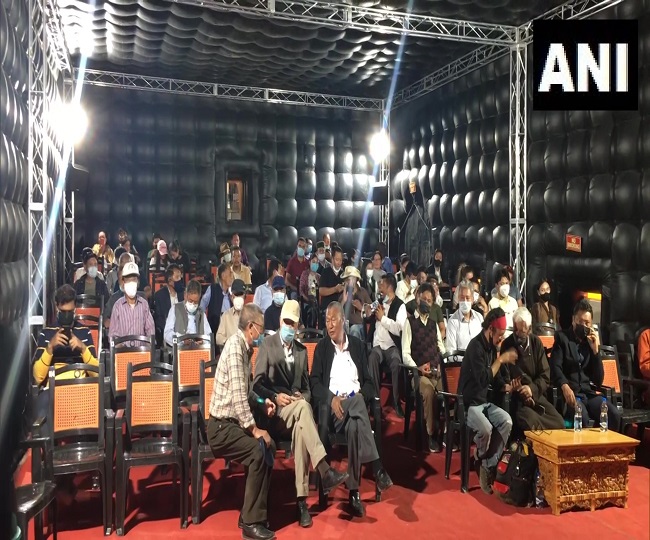 Sushil, an organiser, said, "There would be four such theatres established in Leh. The initiative was taken to bring the movie experience to the remotest areas of India and can be expanded to the rest of the country. Theatres are arranged in a way so that it can operate in -28 degree Celcius." 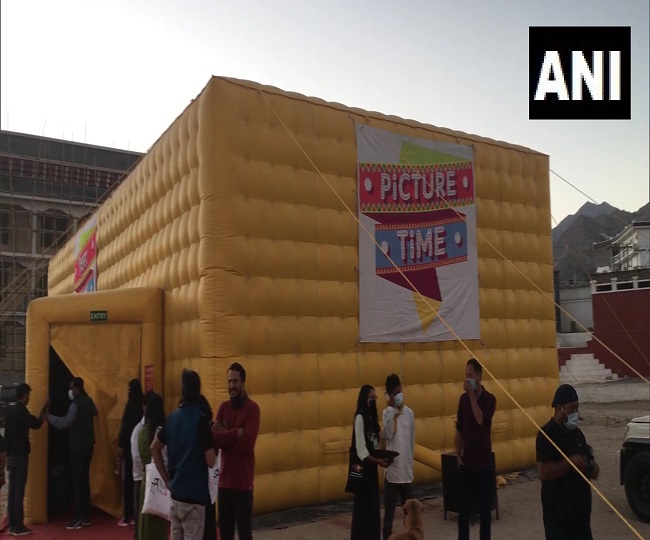 The critically acclaimed short movie, Sekool which is based on the Changpa nomads of Ladakh was screened at the launch, and also Bollywood movie Bell bottom was also screened for the army in the evening.

Famous Bollywood actor, Pankaj Tripathi and President of Ladakh Buddhist Association (LBA), Thupstan Chewang were present for the inauguration at the NDS ground on August 24.