This is the third major display of gratitude to 'corona warriors' after Prime Minister Narendra Modi requested people to clap for them from their balconies and light candles and diyas in their honour.

The Armed forces had decided to honour the corona warriors after a meeting chaired by Defence Minister Rajnath Singh on Friday. The meeting was attended by the national security adviser, the chief of defence staff and the three service chiefs.

"There are some special activities that nation will get to witness. Air Force to conduct flypast from Srinagar to Trivandrum and another one starting from Dibrugarh in Assam to Kutch in Gujarat. It'll include both transport and fighter aircraft," CDS Rawat had said.

What has happened so far?

In Delhi, the IAF’s Sukhoi-30 MKI and MiG-29 conducted fly past and showered petals over Rajpath, India Gate and Redd Fort. Similarly, it conducted fly past Srinagar's Dal Lake, Chandigarh's Sukhna Lake, Chennai, Bengaluru, Mumbai and over different places across the country.

#WATCH Indian Air Force pays aerial salute to all frontline workers for their contribution in the fight against COVID19 pandemic#Delhi pic.twitter.com/2Tq43UdujU

The Indian Navy, along with its choppers, also showered petals over hospitals in Goa. Navy’s warship Jalashwa also organised a human chain on the runway to honour "corona warriors".

Navy officials have also said that the Western Naval Command will illuminate five ships from 7.30 pm to 11:59 pm off the Gateway of India in Mumbai and will show banners like "India Salutes Corona Warriors" and will sound the siren of the ships and fire flares at 7:30 pm at anchorage. 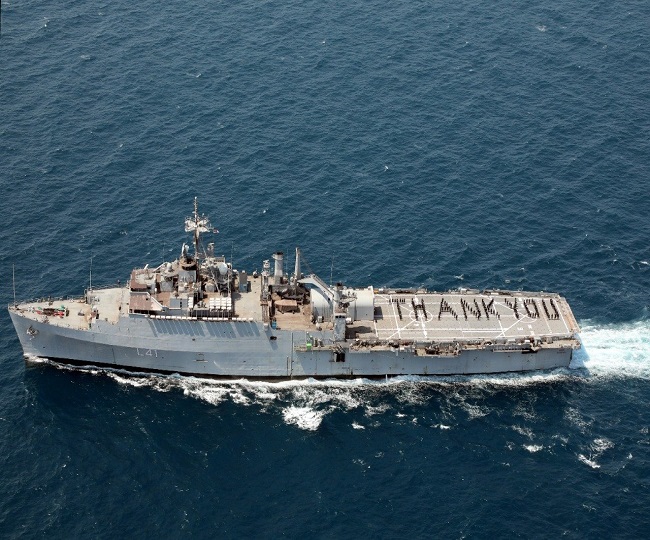 INS Jalashwa organised a human chain on the runway to honour "corona warriors".

“The Armed Forces today have organised several activities to show their respect and express gratitude towards the Corona Warriors who are battling against the global pandemic. These frontline warriors are doing commendable work in strengthening India’s fight against COVID-19,” Rajnath Singh tweeted.

(With inputs from agencies)