Anushka Sharma, Virat Kohli Are All Smiles As They Pose With Fans In Uttarakhand | See Pics

Anushka Sharma and Virat Kohli are in Uttarakhand to seek the blessings at Hanumangari Mandir.

ANUSHKA Sharma and Virat Kohli are the most loved couple in Bollywood and have been hitting the headlines after pictures from their Uttrakhand trip went viral. The couple went to Uttrakhand with their daughter Vamika and also seek blessings from a temple named Hanuman Garhi in Nainital.

The couple can be seen dressed in warm clothes and posing with their fans. 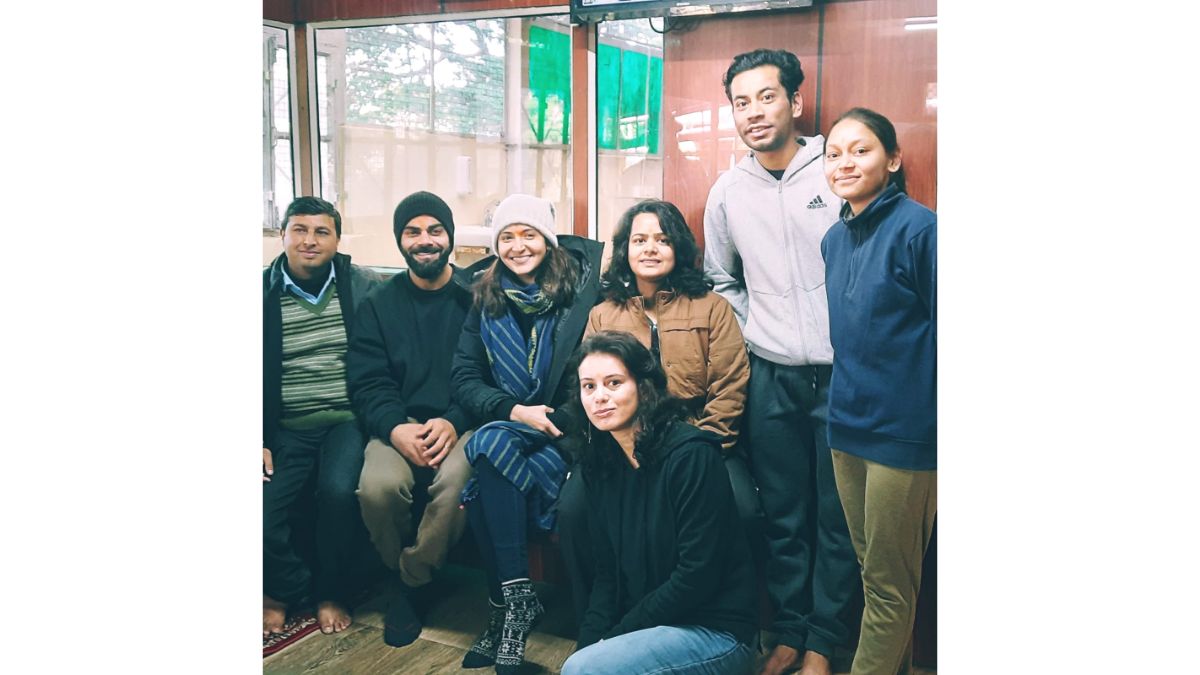 On Virat Kohli's birthday, Anushka shared some of his unseen pictures and we can also see Virat's goofy side in this post. Sharing some unseen goofy pictures of Virat, Anushka wrote, "It’s your Birthday my love, so obviously, I chose your best angles and photos for this post. Love you in every state and form and way."

When India won the cricket match against Pakistan, Anushka praised Virat's amazing performance. She wrote, "You beauty!! You freaking beauty!! You have brought sooooo much joy in peoples lives tonight and that too on the eve of Diwali!"

She added, "You are a wonderful wonderful man my love. Your grit, determination and belief is mind boggling !! I have just watched the best match of my life I can say and although our daughter is too small to understand why her mother was dancing around and screaming wildly in the room, one day she will understand that her dad played his best innings that night which followed after a phase that was tough on him but he came out of it stronger and wiser than ever before!"

"So proud of you !! Your strength is contagious and you my love, are LIMITLESS!! Love you forever and through thick and thin," she wrote.