New Delhi | Jagran News Desk: At least 11 people were killed after a chemical gas leakage at the LG Polymers industry in RR Venkatapuram village, Visakhapatnam on Thursday. As per news agency IANS report over 1,000 people have fallen ill and at least 800 have been hospitalised after they complained of burning sensation in eyes and breathing difficulties.

Meanwhile, Prime Minister Narendra Modi said that he is 'closely monitoring' the situation while adding that he has spoke to officials of MHA and NDMA regarding the situation in Visakhapatnam. PM Modi has also called for a meeting of the NDMA at 11 am to take stock of the situation.

Here are the LIVE updates on the gas leakage at Visakhapatnam chemical plant:

14:39 pm: It is a chemical disaster the response requires expertise on chemical side, on chemical management side, on medical side as well as on the evacuation side. Prime Minister took stock of what across the board response should be: National Disaster Management Authority

14:18 pm: Nine people have died due to Vizag Gas Leak and 300 others are admitted at various hospitals: Visakhapatnam District Medical and Health Officer Tirumala Rao

12:31 pm: Right now gas has been neutralised. One of the antidote is drinking a lot of water. Around 800 were shifted to hospital, many have been discharged. Investigation will be carried out to see how this happened: Andhra Pradesh DGP Damodar Goutam Sawang

11:58 am: Company managing this has to be held responsible for this Vizag Gas Leak mishap. They will have to come and explain us exactly what all protocols were followed, and what all were not followed. Accordingly, criminal actions will be taken, says Andhra Pradesh Industries Minister MG Reddy

11:29 pm: Saddened by the news of gas leak in a plant near Visakhapatnam which has claimed several lives. My condolences to the families of the victims. I pray for the recovery of the injured and the safety of all, says President Ram Nath Kovind

11:17 am: Deeply pained to hear about tragic Vizag Gas Leak. My deepest condolences to families of  deceased, I pray for the well being of all. I urge party workers to provide all possible relief in coordination with administration, following health protocols: BJP Chief JP Nadda

11:17 am: Locals reported throat and skin irritation and some toxic infection, then police and administration came into action. About 1000-1500 people have been evacuated, of which more than 800 people have been taken to hospital: SN Pradhan, NDRF (National Disaster Response Force) DG

10:52 am: "I'm shocked to hear about Vizag Gas Leak. I urge our Congress workers and leaders in the area to provide all necessary support and assistance to those affected. My condolences to the families of those who have perished. I pray that those hospitalised make a speedy recovery," says Congress' Rahul Gandhi

10:45 am: PM @narendramodi has spoken to Andhra Pradesh CM Shri @ysjagan regarding the situation in Visakhapatnam. He assured all help and support: Prime Minister's Office

10:35 am: "The incident in Visakhapatnam is disturbing. Have spoken to the NDMA officials and concerned authorities. We are continuously and closely monitoring the situation. I pray for the well-being of the people of Visakhapatnam," says Home Minister Amit Shah

10:34 am: Total 27 persons are involved in the relief and rescue operation being conducted by NDRF (National Disaster Response Force) who are expert in dealing with industrial leakage. 80 to 90 percent evacuation is completed: NDRF DG to ANI 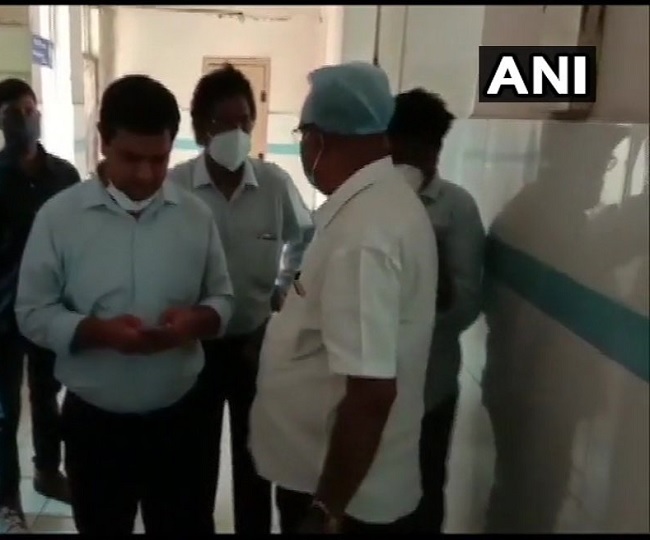 10:23 am: In the wake of the situation in Visakhapatnam, PM Narendra Modi has called for a meeting of the NDMA at 11 AM today: Prime Minister's Office

10:14 am: There have been 7 casualties so far, one of them fell into well while trying to escape. Vizag Gas Leak occurred at around 3:30 am today morning. The evacuation operation is still underway. The plant was shut due to the countrywide lockdown, says Andhra Pradesh DGP Sawang

10:12 am: Spoke to officials of MHA and NDMA regarding the situation in Visakhapatnam, which is being monitored closely. I pray for everyone’s safety and well-being in Visakhapatnam: PM Modi

10:06 am: CM YS Jagan Mohan Reddy will leave for Vizag & visit King George Hospital where the affected are being treated. Chief Minister is closely monitoring the situation and has instructed the district machinery to take immediate steps and provide all help: CMO

10:06 am: Chief Minister YS Jagan Mohan Reddy enquired about the gas leak incident in Visakhapatnam and directed the district officials to take every possible step to save lives and bring the situation under control, says Andhra Pradesh Chief Minister's Office

10:00 am: "My condolences to the families of 5 people who passed away due to gas leak at a private firm in Visakhapatnam, Andhra Pradesh today. Spoke to the Chief Secretary and DGP of the state to take stock of the situation," says MoS Home Affairs G Kishan Reddy

9:33 am: RK Meena further said that it was styrene gas leak and the officials have evacuated the village and are conducting a door-to-door search.

9:30 am: CP Visakhapatnam City RK Meena has said that the gas has been neutralised, reports ANI.

9:28 am: The company was set up as Hindustan Polymers in 1961 and later taken over by South Korea's LG Chem who renamed it to LG Polymer's India in 1997, as per media reports. The plant is used to make expandable polystyrene.

9:27 am: Sharing a tweet, Greater Visakhapatnam Municipal Corporation wrote, "There is gas leakage identified at LG Polymers in Gopalpatnam. Requesting Citizens around these locations not to come out of houses for the sake of safety precautions." 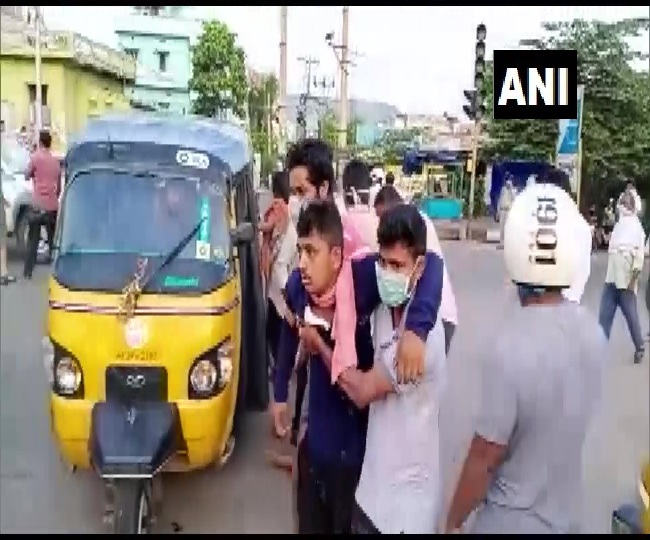 9:17 am: Around 200 persons have been rushed for treatment to various hospitals after complaining of breathing difficulties, and burning sensation in the eyes.

9:15 am: At least three persons, including a minor, were reported dead in an alleged gas leak in a chemical unit