AMU Centenary Celebrations: 'The diverse nature of AMU is not only its strength but also of the entire nation', says PM Modi | Highlights

During the mega event, PM Modi also released a postal stamp and was accompanied by Education Minister Ramesh Pokhriyal Nishank. This is the first time PM Modi participated in a programme of the Aligarh Muslim University.

During the mega event, PM Modi also released a postal stamp. He was accompanied by Union Education Minister Ramesh Pokhriyal Nishank. This is the first time PM Modi will participate in a programme of the Aligarh Muslim University.

Speaking about the event, UP Minority Welfare Minister Mohsin Raza said, "It's a matter of pride that PM Modi will be virtually addressing students, teachers & administration of Aligarh Muslim University on its 100th anniversary today. Also, its a matter of shame for those, who never looked at AMU for 50 yrs".

Here are the Highlights from PM Modi's address at the AMU:

12:00 pm: We must not forget this power of diversity, nor let it get weakened. We should work together to ensure that spirit of 'Ek Bharat, Shrestha Bharat' grows stronger day by day in the campus of Aligarh Muslim University: PM Modi virtually addressing AMU centenary celebrations event

11:50 am: People tell me that the AMU campus is like a city in itself. We see a Mini India among different departments, dozens of hostels, thousands of teachers & professors. The diversity which we see here is not only the strength of this university but also of the entire nation: PM Modi

11:45 am: School drop out rate among Muslim girls was more than 70% & this situation persisted for 70 years. In these circumstances, Govt started Swachh Bharat Mission, built toilets in villages & toilets for school-going girls. Now this rate has fallen to nearly 30%: PM Narendra Modi

11:37 am: Country is on the path where no citizen would be left behind because of their religion & everyone would get equal opportunities so that everyone can fulfil their dreams. Sabka Sath, Sabka Vikas, Sabka Vishwas is the mantra behind it: PM Narendra Modi at AMU centenary celebrations

11:33 am: Wherever in the world they go, AMU alumni represent the rich heritage & culture of India...In its 100 years of history, AMU has crafted & polished millions of lives, giving them modern & scientific thinking & inspiring them to do something for the society & the nation: PM Modi 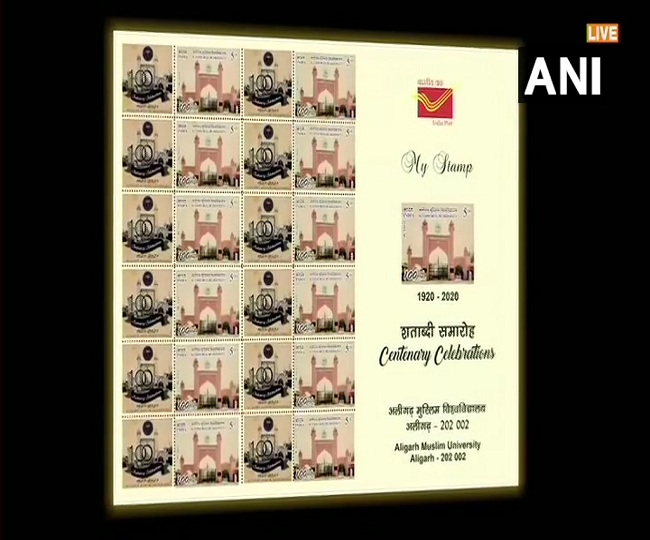 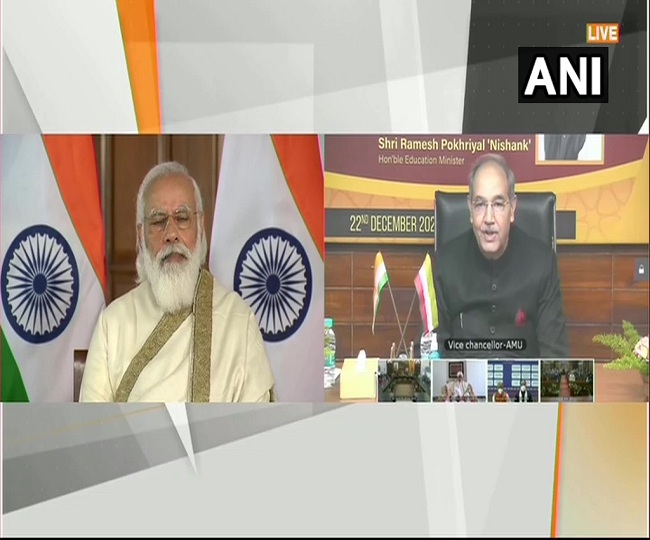 Earlier in the week, buildings in Aligarh Muslim University (AMU) were illuminated for its centenary celebrations. AMU Public Relations Officer (PRO) Omar Saleem Peerzada had said, "A centenary celebration is a landmark event in the history of any university. We are celebrating this event following all protocols of the COVID-19 pandemic. There are webinars, seminars and symposiums going on."

AMU became a University in 1920, through an Act of Indian Legislative Council by elevating the Mohammedan Anglo-Oriental (MAO) College to the status of a Central University. MAO College was set up in 1877 by Sir Syed Ahmad Khan, the PMO release stated.

The University has a campus spread over 467.6 hectares of land in the city of Aligarh, Uttar Pradesh. It also has three off-campus centres in Malappuram (Kerala), Murshidabad-Jangipur (West Bengal) and Kishanganj (Bihar).