As the year is ending, so we decided to give you a quick recap of all the best shows and movies released on OTT platforms this year that you just can't miss out on, check out.

New Delhi| Jagran Entertainment Desk: This year might not be the best of the year but it surely gave the best of the series to us and we couldn't be more thankful. When the country was in lockdown due to the coronavirus pandemic, these OTT shows came to our rescue and managed to entertain us this year. OTT platform gave us content that was fresh and was filled with all things nice that made us hooked to it and we couldn't stop ourselves from binge-watching it. As the year is ending, so we decided to give you a quick recap of all the best shows and movies released on OTT platforms this year.

Here we have listed below some of the best shows and movies of 2020 released on the OTT platforms:

The top-rated show that broke all the IMDB rating record was adapted from journalist Sucheta Dalal and Debashish Basu's book The Scam: Who Won, who Lost, who Got Away. The series starred Pratik Gandhi, Sharib Hashmi, Shreya Dhanwanthary, Hemant Kher, and Nikhil Dwivedi in lead roles. This series was the story of Harshad Mehta the stockbroker who saw a major rise in his career and went through a major downfall and was a part of a Scam that made everyone introduced to the word scam.

The crime thriller was filled with a wholesome package as it was about how some school dropout kids run the business of phishing and grab all the attention of a politician, law enforcement agency, and media. The series revolves around the story of boys from Jharkhand who runs the phishing. Jamatara was Netflix's India's first original and it stars Amit Sial, Sparsh Shrivastav, Anshumaan Pushka, Monika Panwar, and Aksha Pardasany in the pivotal roles.

It was the much-awaited show of 2020 and if you still haven't watched it just go and watch it on Amazon Prime. The series revolves around the throne of Mirzapur and Ali Fazal who is high on revenge seeks to kill Munna Tripathi and snatch away the king title of Mirzapur from Kaaleen Bhaia.

The Zee 5 film Chintu Ka Birthday is a story of an Indian immigrant family who was living in war-torn Iraq, and they were trying to celebrate the birthday of the youngest one in the house Chintu but two American soldiers turn up at Chintu’s birthday party and he struggles to celebrate his birthday, The story comes with a powerful message. The film stars Vinay Pathak and Tillotama Shome in powerful roles, they are playing the role of Chintu's parents in the film.

The crime-drama series was premiered on Amazon Prime video and was a story that revolves around the plight of journalism and the things that go in the politics of the country with the pov of police and how they play a crucial role in that hell of earth. The series is directed by Avinash Arun Dhawre and Prosit Roy, the series stars Jaideep Ahlawat, Neeraj Kabi, Abhishek Banerjee, and Gul Panag in lead roles.

One of the most underrated Netflix India original series is the story of the love of different couples of different age groups and comes with eerie of the politics of love. The series is of the time 1989 when the change was taking place in the country. This is set in Lucknow and is of the time when love was not found on Tinder and will give you the wholesome feeling with it.

Th musical series will give you all the chills as it is a love story that comes with rage and a mix of classic and western music It was premiered on Amazon Prime and was highly appreciated by the fans. 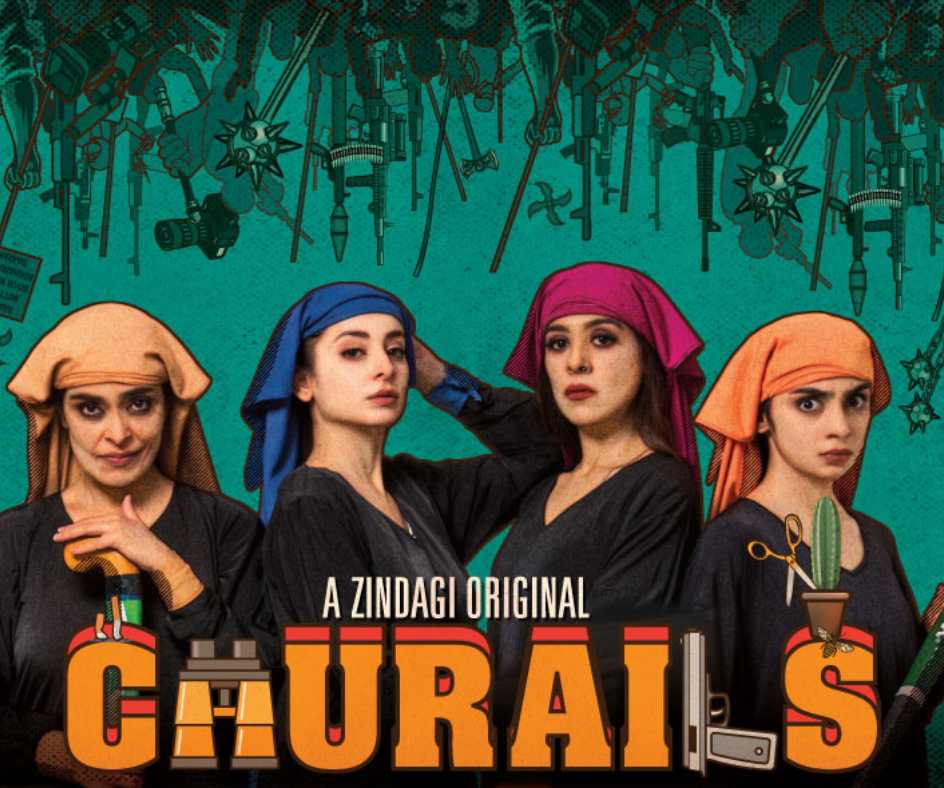 The Zee 5 series Churails is a story of breaking the stereotype and it revolves around four women who come from different walks of life and works as detectives who expose the cheating husbands and also comes as the saviors of abused, mistreated, and harassed women. The series is directed by  Asim Abbasi. The web series stars Sarwat Gilani, Yasra Rizwi, Mehar Bano, and Nimra Bucha in the pivotal roles.

The Voot series was one of the underrated show and was a combination of mythological fiction and thriller. The series was based in Varanasi and was a story of Nikhil Nair (Barun Sobti) who returns to CBI to solve a case involving a dangerous killer. The series stars Arshad Warsi and Barun Sobti in the leading roles and they managed to create magic with their amazing acting.