Be it the beautiful sceneries or gorgeous-looking cast, Yash Chopra's romantic films have made their mark on the fans and how. Here we are with a few cinematic ingredients added by the filmmaker in his films which have made them so tastefully classic and famous.

New Delhi | Jagran Entertainment Desk: Right from Amitabh to Shah Rukh Khan, there has hardly been any big star who did not work with Yash Chopra. Proudly owning one of the most iconic and magnanimous film production banners, Yash Raj Films, Yash Chopra was easily the biggest filmmaker of Hindi cinema.

Born in Lahore to an accountant he was the youngest of 8 siblings. His elder brother BR Chopra was a film journalist and later went on to become a famous director himself. And following his footsteps, Yash Chopra too came to Mumbai to make a living and do something big. Chopra has not just given major hits in a career spanning through decades, but also the genre of his films has gained a cult status in audience.

Be it the beautiful sceneries or gorgeous-looking cast, Yash Chopra's romantic films have made their mark on the fans and how. Therefore, today, September 27, on his 89th birth anniversary, here we are with a few cinematic ingredients added by the filmmaker in his iconic movies which have made them so tastefully classic and famous.

Yash Chopra arguably has been one of those filmmakers who have made sure that their main lead cast looks ultra-glamorous. He brought this change in movies of 'hero ki entry' in films which is about the introduction scene of the main actor. When the hero enters the scene he draws the world's attention and a similar case happens with the female main lead. When she enters her hair would flow and everyone around her would go numb seeing someone so beautiful.

Dance on the Swiss Alps

Yash Raj Films brought a revolution in Hindi cinema's songs where earlier people just used to dance around trees. But all thanks to Yash Chopra audience were spoilt with another level of scenic beauty in films where actors and actresses would be seen romancing in foreign locations especially a hilltop of the Swiss Alps. Films like Chandni, Mohabbatein and many more of the 90s and early 2000s Yash Raj hits are the biggest examples.

Sarees have been worn by Indian actresses for decades. But, the way Yash Chopra made a heroine look like in this traditional outfit, no other filmmaker of his league could do it. From Rekha, Sridevi to Madhuri, Aishwarya, these actresses looked extraordinary in sarees in Yash Raj Films. Also, rains were an integral part of his movies and what better treat for audience to see a woman dancing in rains wearing a saree. For instance, Sridevi looked mesmerizingly gorgeous in Chandni when she was enjoying the rains at Vinod Khanna's house.

Pick up any Yash Chopra film and there would mostly be a love triangle in the plot. Yash Chopra loved spinning stories around two people in love with the same person. Be it Silsila to his last film Jab Tak Hai Jaan, the legendary filmmaker portrayed the sensitive emotions like jealousy and insecurity in his characters so beautifully.

No matter what Yash Chopra's rule was that his cast should look good onscreen. Yes, this was testified by one of his actresses Juhi Chawla who played a cameo in Chandni. She was present at an event dedicated to the director post his demise where she recalled an incident saying, "I remember there was this sequence with Vinod Khanna ji where I am kind of lying on the bed unwell, so may be the makeup man, I was too new to know anything, the way he put the dark cirles, may be I looked too ill. Yash ji was like 'nai nai nai thoda utaaro, chaahe jo ho, heroine hamesha khoobsurat lagni chaiye. (no, no, no, remove the dark circles a little, no matter what a heroine should always look beautiful.)'" 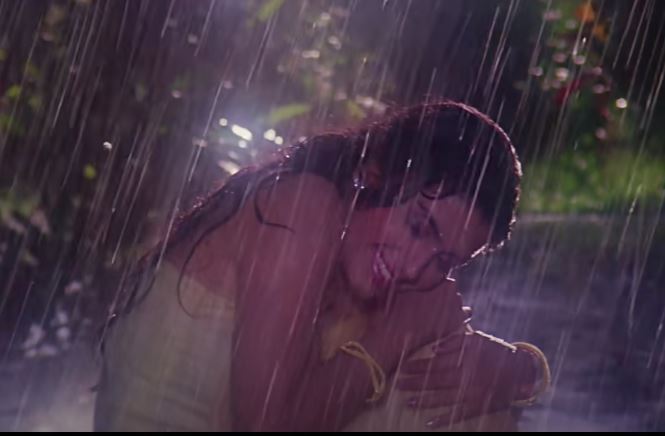