'Wow! Your family must be so proud of you..': Deepika Padukone calls out troll for abusing her

Deepika Padukone was last seen in the film Chhapaak. She played the role of an acid attack survivor in the film. The film was directed by Meghna Gulzar.

New Delhi| Jagran Entertainment Desk: Social media abuses and trolls are nothing new to celebrities. However, only a few react to them, and now actress Deepika Padukone has mocked a social media troll who abused her on Instagram and has given him a befitting reply.

The Bajirao Mastani actress shared a screenshot of the troll who abused her, and she wrote, "Wow! Your family and friends must be so proud of you..." She shared this on her Instagram story with GIFs that were clapping and she even red-circled the abusive word too. 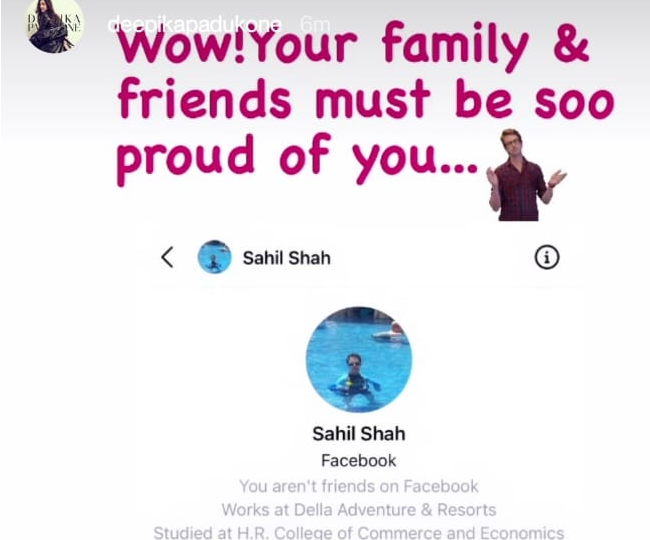 Also Read
Mumbai Saga Trailer Out: Who will win the fight between John Abraham and..

Deepika was last seen in the film Chhapaak. She played the role of an acid attack survivor in the film. The film was directed by Meghna Gulzar.

She has several films in the pipeline including 83, Pathan, Fighter, and Mahabharata. In the film, 83, she is playing the role of the wife of Kapil Dev, the role of Kapil Dev is being played by Ranveer Singh.