‘Watch now’: Deepika Padukone recommends this movie to her instafam to watch amid lockdown

The Green Mile, the 1999 film was directed by Frank Darabont and starred Tom Hanks and Michael Clarke Duncan in pivotal roles. Deepika binged on the powerful flick and shared it as a recommendation with her fans.

New Delhi | Jagran Entertainment Desk: Deepika Padukone shared another picture on her Instagram on Wednesday where she recommended her instafam to watch an engaging and powerful film based on a novel by Stephen King, The Green Mile, amid lockdown. The Chhapaak actress has been using her quarantine time with husband Ranveer Singh, watching and recommending movies and series to her fans on social media.

The Green Mile, the 1999 film was directed by Frank Darabont and starred Tom Hanks and Michael Clarke Duncan in pivotal roles. Deepika binged on the powerful flick and shared it as a recommendation with her fans.

The film revolves around the life of a death row corrections officer during the U.S. Great Depression. He witnessed some supernatural events occurring with a prisoner brought to his correctional facility. It was even nominated for four Academy Awards: Best Picture, Best Supporting Actor for Duncan, Best Sound and Best Screenplay Based on Material Previously Produced or Published.

Deepika shared the poster of the film on her Instagram story and wrote: "Watch now." 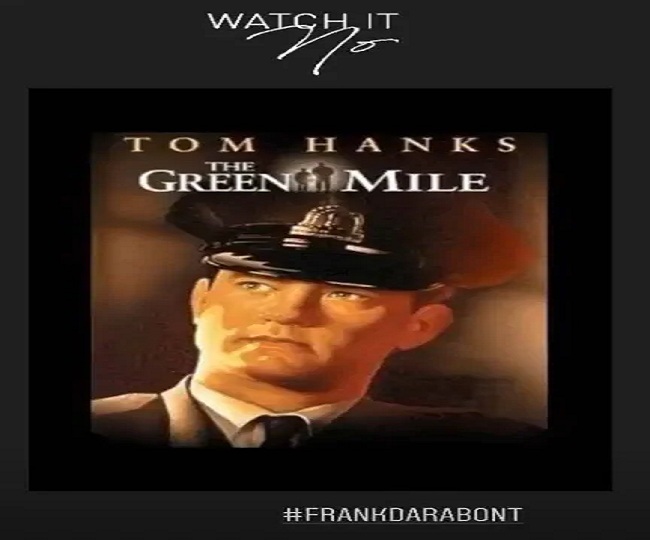 Bollywood actress Deepika Padukone who’s admired by milllions is very active on social platforms. Recently she had added “DP recommends” on her Instagram highlights where she has added all the movies and series. She has also binge watched films that were nominated for Oscars this year, including Parasite, Jojo Rabbit and Ford v Ferrari. 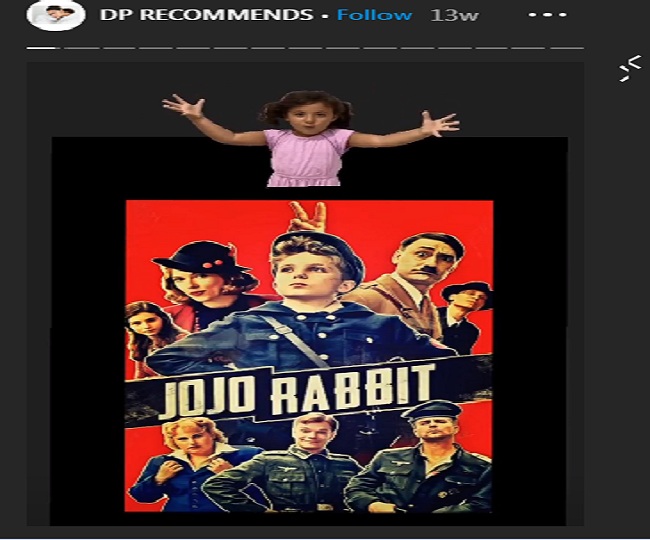 Meanwhile, on the work front, Deepika will next be seen with husband Ranveer Singh in Kapil Dev's biopic '83’. Helmed by Kabir Khan, the film has now been pushed indefinitely. She also has Shakun Batra's film in her kitty with Ananya Panday and Siddhant Chaturvedi.