Wriddhiman Saha took to his social media account to share a glimpse of the celebrations on his Instagram stories. And one such picture featured Virat Kohli and Anushka Sharma.

New Delhi | Jagran Entertainment Desk: Anushka Sharma and Virat Kohli are easily the 'it' couple of the elite celeb circle in India and fans are always crazy to catch just one glimpse of the duo everywhere. Especially, after the two have become new parents to their lovely daughter Vamika, they seldom make an appearance together.

Recently, Virushka were spotted at a party which was Virat's friend and cricketer Wriddhiman Saha's son Anvay's birthday bash. Yes, the duo were seen twinning in whites where Anushka wore a white top and her hubby donned a white T-shirt. Wriddhiman Saha took to his social media account to share a glimpse of the celebrations on his Instagram stories. And one such story featured Virat and Anushka. Take a look: 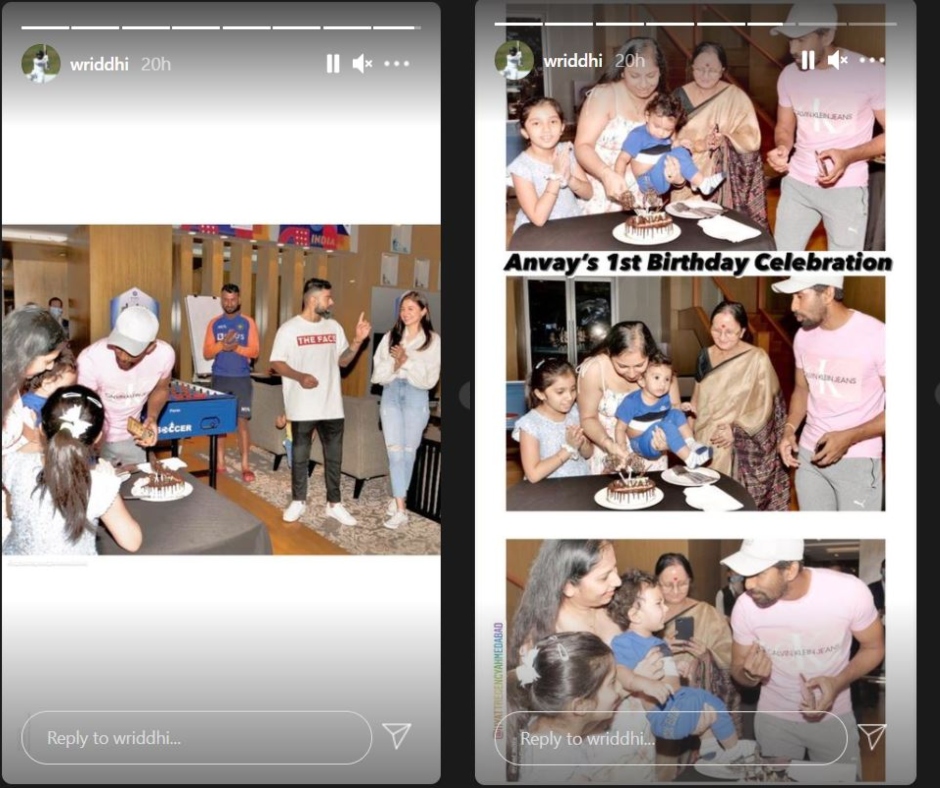 Aren't they looking cute while smiling?

The duo are in Ahmedabad currently where Virat's Indian cricket team won the Test series against England with 3-1.

Meanwhile, on the work front, Anushka Sharma's production 'Bulbul' and a web series 'Pataal Lok got released last year which received a positive response from both audiences and critics.

On the other hand, personally, the actress and her husband Virat Kohli welcomed their first child, a daughter on 11 January. The duo named her Vamika and the 'Zero' actress took to her Insta handle to share the first look of her little one. Along with a beautiful family picture, Anushka wrote, "We have lived together with love , presence and gratitude as a way of life but this little one, Vamika has taken it to a whole new level ! Tears , laughter , worry, bliss - emotions that have been experienced in a span of minutes sometimes ! Sleep is elusive but our hearts are SO full. Thanking you all for your wishes , prayers and good energy."

Well, we can't wait to see more of Vamika's pictures. What do you think?