Taking to Instagram on Saturday, Vicky posted a picture where he wearing a Grey colour sweatshirt with a hoodie and covered half of his face.

New Delhi | Jagran Entertainment Desk: Bollywood actor Vicky Kaushal knows how to grab eyeballs. Be it with his acting skills or his personal reasons, the actor always has a knack for making headlines. Vicky is an active social media user and often keeps updating his fans. Recently, the actor uploaded a story where he can be seen donning a grey sweatshirt with a hoodie.

Taking to Instagram on Saturday, Vicky posted a picture where he wearing a Grey colour sweatshirt with a hoodie and covered half of his face. The Uri: The Surgical Strike actor looks like he is enjoying his weekend and certainly appeared to be a ‘lazy lad’ in the pic. Bashir Loce’s So Jao played in the background. 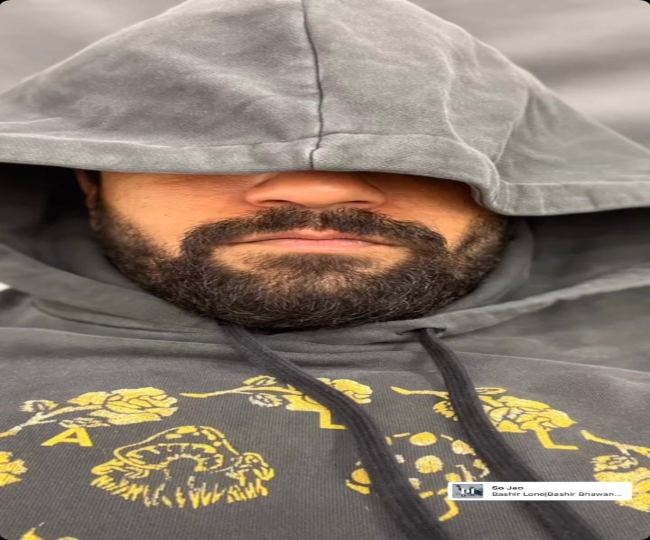 A few days back, the actor re-shared a video of him and his friend Shireen Mirza on the social media platform, which took the internet by storm. Shireen who went to acting school with Vicky had originally shared an Instagram Story of a skit during their acting school days. Sharing the video, Vicky wrote, "Good old acting school days (2009)."

On Vicky's work front, the actor started his career by assisting Anurag Kashyap on his 2012 film Gangs of Wasserpur. The actor made his acting debut in 2015 with Masaan, which later got critically acclaimed and won many awards.

Later Vicky did many movies such as Uri: The Surgical Strike, Manmarziyaan, and Sardar Udham and Sanju. He recently tied the knot with Katrina Kaif in an intimate yet lavish ceremony in Jaipur. The actor is currently shooting for his next with Laxman Utekar in Indore and awaits the release of movies such as Sam Bahadur and Govinda Naam Mera.

PLT IN SECOND = 0.002940384
Jagran English brings you all the latest and breaking news from India and around the world. Get live English news from India, World, Politics, Entertainment, Lifestyle, Business, Education, Sports, Technology, and much more. Follow english.jagran.com to stay updated with the latest English news.
Copyright © 2022 Jagran Prakashan Limited.