Varun Dhawan and Janhvi Kapoor are in Paris to shoot for their upcoming film Bawaal. The movie will release next year.

New Delhi | Jagran Entertainment Desk: Bollywood heartthrob Varun Dhawan is hitting headlines these days as he is busy promoting his upcoming film Jug Jugg Jeeyo. He also has a bunch of films lined up as the actor has started shooting for Bawaal with Janhvi Kapoor. The actor is very active on social media and keeps his fans updated about his films. Now, Varun has shared a picture with Janhvi and the duo is in Paris to shoot for their film. 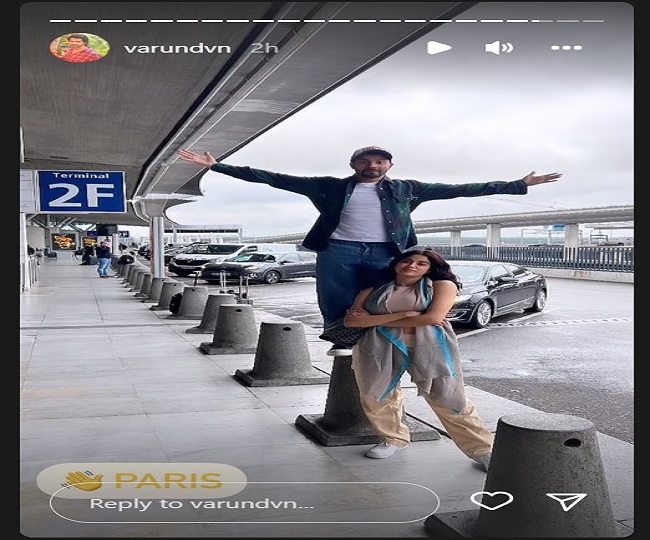 Varun looks handsome in a blue-green checked shirt paired with a white t-shirt and blue denim jeans. Meanwhile, Janhvi looks pretty in a comfy outfit. She can be seen in beige coloured pants with a pink top and donned a grey scarf and white scarf with the outfit.

Varun posted another story on Instagram in which he can be seen dancing to his latest song Rangi Sari on the streets of Paris. The actor looks dapper in a grey hoodie paired with a yellow jacket and white shoes. 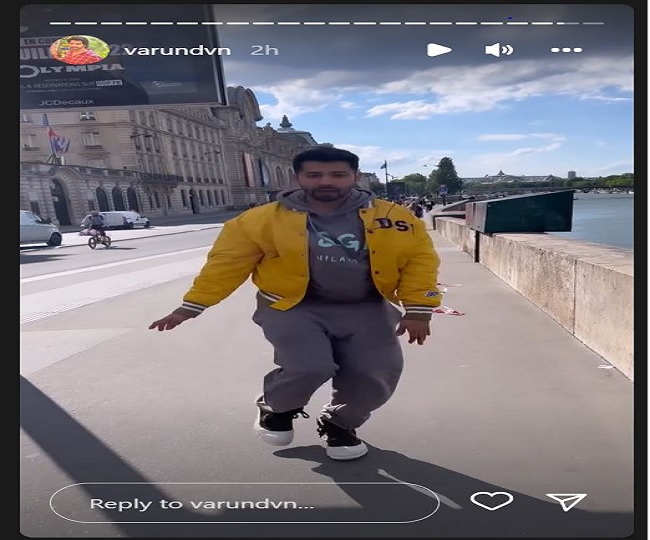 In March, Varun announced his collaboration with Janhvi Kapoor and the director Nitesh Tiwari. Announcing the news, Varun wrote, "Ab hoga #BAWAAL! So excited and grateful to announce my next with the amazing duo, #SajidNadiadwala & @niteshtiwari22 along with @janhvikapoor Can't wait to see you in theatres on 7th April 2023 #goodfriday".

Varun was also shooting for Bawaal on his birthday. He wrote, "It ain’t my sweet 16, but super happy to spend this bday working. The last 2 birthdays were spent at home but feels great to be out here on set getting up at 530 in the morning and reporting to a @niteshtiwari22 set #bawaal. 2022 is special for me with #jugjuggjeyo and #bhediya set for release".

The actor's look from Bawaal was leaked by some fans when he was shooting for the film in Paris. So, Varun shared his look himself on his social media accounts. Sharing the pictures, he wrote, "Kya Bawaal karte ho! hamari. Photo leak kardi love u Kanpur #बवाल Chalo hum bhi daal dete hain."

Apart from Bawaal, Varun's film Jug Jugg Jeeyo will release on June 24, 2022. The movie also stars Kiara Advani, Anil Kapoor and Neetu Kapoor, alongside Manish Paul and Prajakta Koli. He will be seen in the horror-comedy film Bhediya with Kriti Sanon.