While her complete attire was chic and perfect, what caught the attention of the netizens was the price tag on the top she was wearing.

New Delhi | Jagran Entertainment Desk: Bollywood actor Urvashi Rautela is undoubtedly one of the most beautiful and hottest divas in the industry. The actress has won millions of hearts and has always managed to be in the headlines for portraying different avatars in Bollywood movies. Now, the actress has again grabbed the headlines but this time for all the wrong reasons.

On Friday, Urvashi was spotted in Juhu in a gorgeous printed red shirt with a knot in the front. She paired the shirt with white ripped jeans. While her complete attire was chic and perfect, what caught the attention of the netizens was the price tag on the top she was wearing. The actress known for her bold photoshoot and expensive outfits made a blunder of leaving the price tag which was spotted at the back of her top and created a buzz over the internet. 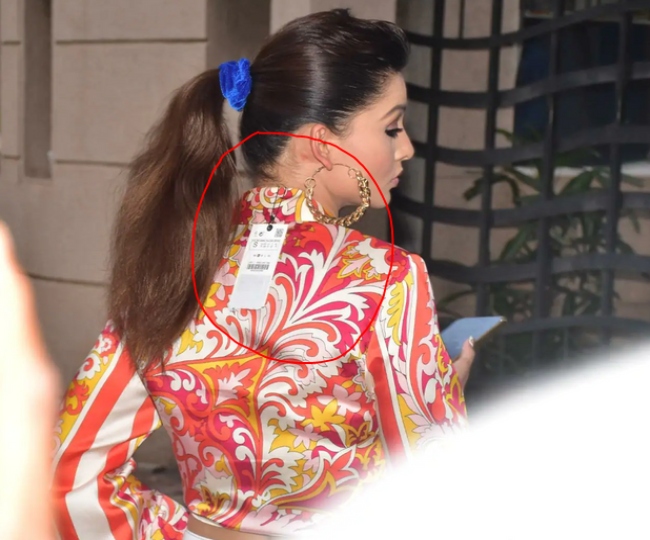 Recently, a bunch of pictures went viral where Urvashi can be seen wearing a floor-length gown designed by Belgium-based famous fashion house, Elisabetta Franchi. The actress flaunted her toned body and the dress also highlighted her curves. Urvashi perfectly carried the gown with grace and confidence and also posed for photos in it. If reports are to be believed then the cost of the gown was Rs. 67,679.

While talking about Urvashi's work front, the actress was last seen in 'Virgin Bhanupriya' and now she will appear in a web series named 'Inspector Avinash' opposite Randeep Hooda. Apart from that, Urvashi will play the lead role in the bilingual thriller 'Black Rose'. She will also work with Saravana for her upcoming Tamil debut 'The Legend'.