'Tu Jhoothi Main Makkaar' stars Shraddha Kapoor and Ranbir Kapoor in the lead role. The two will star opposite each other for the first time.

Shraddha Kapoor is all set to return to the big screen after three years and will star in 'Tu Jhoothi Main Makkaar'. She will be seen opposite Ranbir Kapoor for the first time in the romantic comedy. The audience is excited to see the trailer of the film and get some further details. Shraddha revealed that she recently saw the trailer of Tu Jhoothi Main Makkar and expressed her excitement on social media.

She wrote, "Just saw the trailer of Tu Jhoothi Main Makkar. Can't wait to share it with y'all." 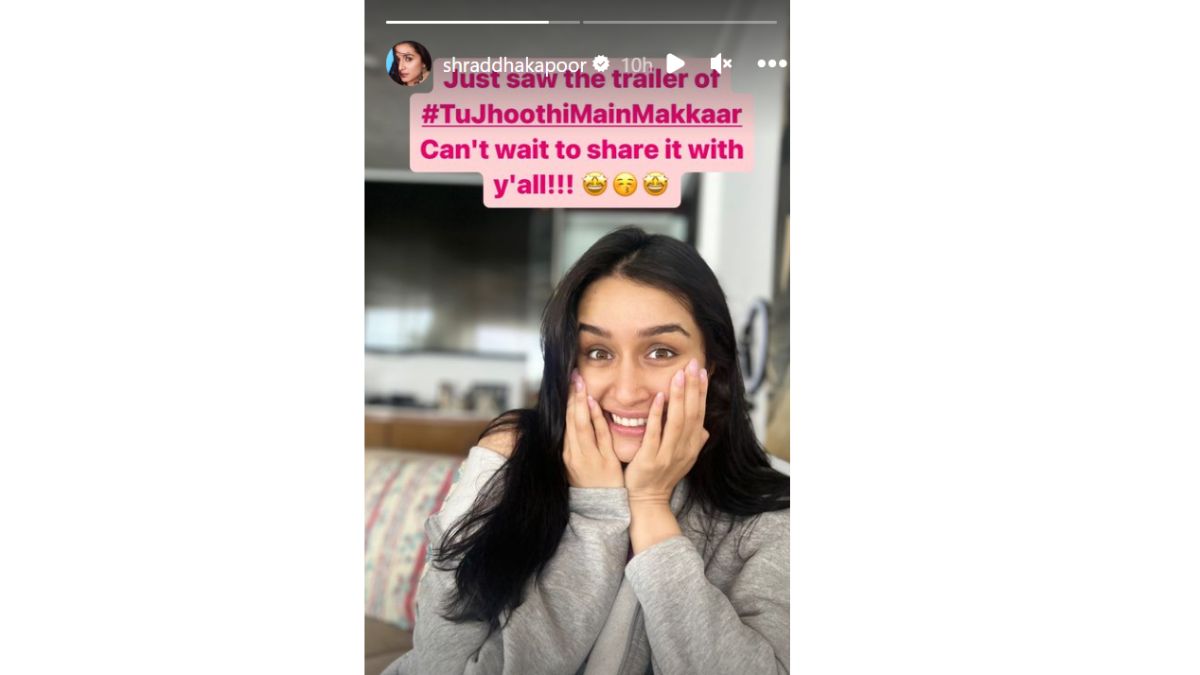 She further asked a question from her Instagram followers, "2023 ke pyaar mein sabse mushkil kya hai? A question that stuck with me after watching the trailer of #TuJhoothiMainMakkaar. Excited to read your answers!!!"

Meanwhile, Shraddha will be seen in the second instalment of Stree and will soon start shooting for the film. "It’s so exciting for me because we are going to start Stree 2 very very soon,” she said.

Shraddha also had a cameo role in Bhediya which confirmed her presence in Stree 2. Bhediya stars Varun Dhawan and Kriti Sanon in the lead role.

Stree and Bhediya will be part of a horror-comedy universe which will include Ayushmann Khurrana's upcoming horror-comedy film as well.

"Dinesh Vijan and Amar Kaushik are trying to build a horror universe. It is very interesting and intriguing, and it is very new for the Indian audience. So, let’s see when it happens and we will have an official announcement soon," Ayushmann said while speaking to PTI.

On the work front, Shraddha will reportedly be seen in the remake of 'Tezaab' along with Kartik Aaryan. She has been approached to star opposite Tiger Shroff in Bade Miyan Chote Miyan. She will be seen in Naagin, which will be a trilogy.