On Saturday, Bollywood actress Sara Ali Khan remembered late actor and her Kedarnath co-star Sushant Singh Rajput on his birth anniversary. The actress took to her Instagram handle and shared a heartfelt post dedicated to Sushant. She even penned an emotional note for him.

The Atrangi Re actress celebrated Sushant Singh Rajput's birthday with the NGO kids, as evident from the posts she shared on the photo-blogging site. She dropped a video which saw her cutting a cake with kids and other members of the NGO. The 27-year-old actress looked elegant in a green-coloured suit.

"Happiest Birthday Sushant I know what making other people smile meant to you. And while you’re watching over all of us, up there next to the rising new moon, I hope we’ve made you smile today too. Shine on Jai Bholenath Thank you @sunilarora_ @balashatrust for making today so special. People like you make the world a better, safer, happier place. Keep spreading the joy that you do," she penned in the caption.

Parineeti Chopra also shared an emotional post for Sushant to mark his day. "Remembering you today Sush," she wrote. The duo shared the screen space in the movie Shudh Desi Romance. 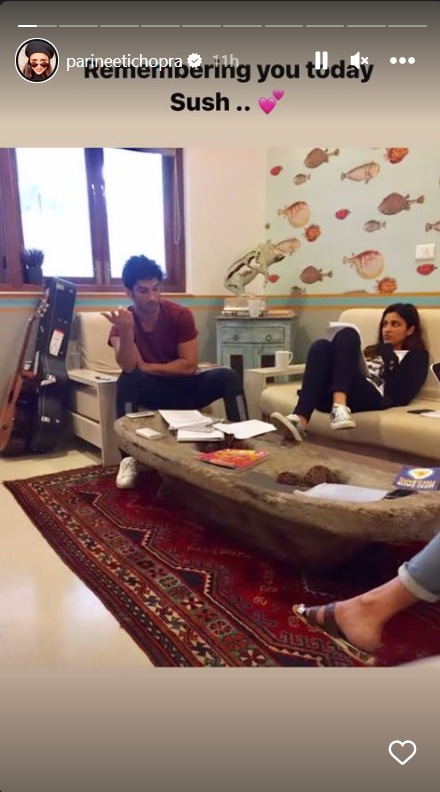 Earlier, actress Rhea Chakraborty, who dated Sushant, shared a couple of pictures on the occasion of his birth anniversary. Sharing the pics, she wrote in her Instagram caption, "(infinity sign) +1."

Sushant Singh Rajput made his Bollywood debut with Kai Po Che. He also featured in movies like MS Dhoni - The Untold Story and Chhichhore. The actor was found dead in his Bandra home in Mumbai on June 14, 2020.