For the very first time, a film from the mountains of Uttarakhand has made its place amongst the finest films of the country, in the list of 20 films selected under the Indian Panorama category.

New Delhi | Sugandha Jha: For more than 20 years since its formation, the cinema in Uttarakhand couldn't flourish due to reasons unknown. However, with the selection of Rahul Rawat's 'Sunpat' at the 52nd International Film Festival of Goa, 2021, the pride of Uttarakhand has once again got new wings. For the very first time, a film from the mountains of Uttarakhand has made its place amongst the finest films of the country, in the list of 20 films selected under the Indian Panorama category. It will be the first time ever that a film from the state will present Uttarakhand on such a big platform.

Set in a small village in the beautiful mountains of Uttarakhand, Sunpat is a reflection of a society that seems to have lost past and no future. Twelve- year-old Anuj and his friend Bhartu go on to discover whether the girl Anuj likes pays any heed to him. As they plan out the ways to propose her, it’s through their journey, the audience see nuances that have caused desertion in the villages of Uttarakhand for more than two decades. It’s a story of love and friendship blooming at the time of hopelessness. Threading manifold issues, the story portrays the innocence of friendship, struggles of villages in the mountains, and the undesired uncertainty of life with subtlety. What's more interesting about the film is that it is made in the local language of Uttarakhand and all the characters are played by the local people of the villages. 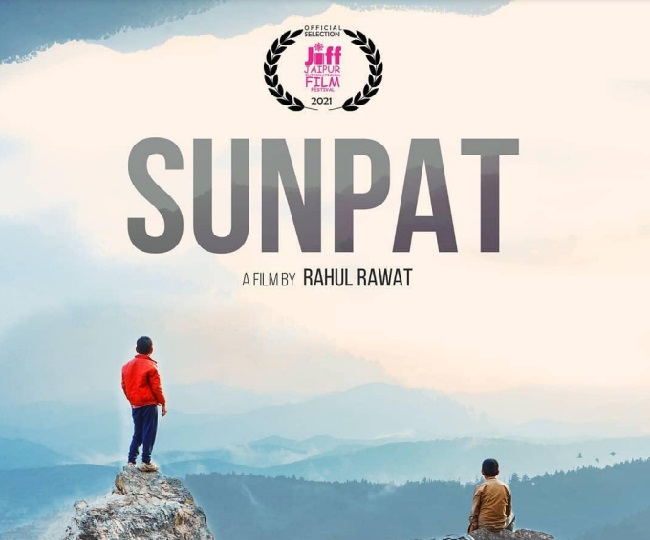 Speaking exclusively to Jagran English Sunpat's director Rahul Rawat talked about the issues highest in the film. "The biggest issue right now that Uttarakhand is facing is migration. People leave villages for the cities. The entire village or area goes hollow," said Rahul while explaining the meaning and relevance of the name of the film which means silence- something which occurs when villages are left empty after people migrate.

He also added "If you go by government data around 1500 villages have turned ghost villages in Uttarakhand due to migration. There was a time when people use to live there. We are losing our culture and society."

Further, Sunpat with its selection at IFFI gives ray of hopes to the future filmmakers of Uttarakhand who envision reflecting the different facets of life at the hills.