Rumours are rife that Bollywood superstar Salman Khan is trying to bring the two comedians Sunil Grover and Kapil Sharma together. Read on to know more

New Delhi | Jagran Entertainment Desk: History repeats! Once again, rumours were rife that popular comedian Sunil Grover is all set to call it truce with Kapil Sharma. As per reports, Salman Khan called the Bharat actor and convinced him to join The Kapil Sharma Show as Guthi in the next season. However, sources close to the show denied the claims.

A source close to Sunil Grover revealed that the actor has no plans of returning to The Kapil Sharma Show. "It is really unfair to take away the appreciation Sunil Grover got for his performance in his recent web series by pushing stories about a Kapil Sharma show," Times of India quoted source saying. The source further added that Sunil didn't receive any call from Radhe actor asking him to return to the show. 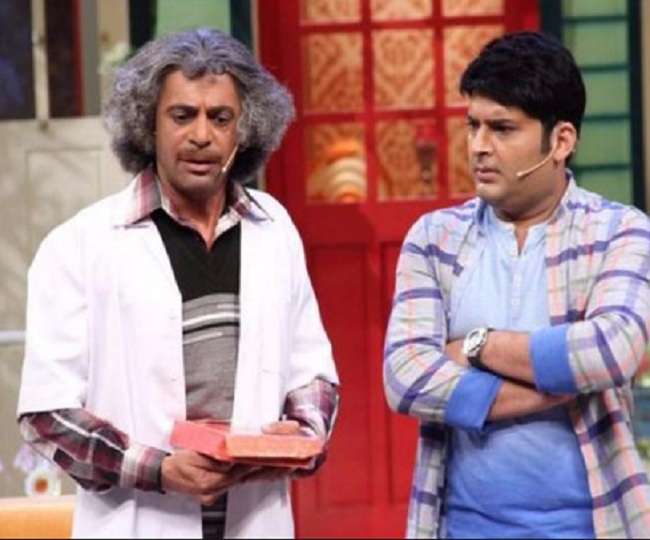 While a source close to Kapil Sharma also rubbished the rumours and said that there's no truth to the duo returning together in the next season. “Everyone close to Kapil and Sunil have tried in many ways to get them to call it a truce. Be it Salman Khan or their teammates — everyone feels that they should get back together. However, the two, who now are cordial with each other, feel that they should maintain their mutual respect. Working together again might spoil things between them,” The Indian Express quoted the source saying.

For unversed, this is not the first time rumours around Sunil Grover returning to The Kapil Sharma did round on entertainment portals. Earlier in 2019, same rumours were doing rounds that Salman Khan, who shares good relations with both the comedians, has convinced Sunil to join the show.

Sunil Grover left the comedy show, following a verbal spat with Kapil Sharma. Sunil's character, Gutthi and Dr Gulati was a raging hit among the audience.

Also Read
Jasmin Bhasin trolled for her 'manipulators' tweet, the actress hits back..

Meanwhile, Kapil Sharma, who welcomed a baby boy on February 1, is currently on a paternity leave looking after his secondborn. However, he is expected to return soon to shoot the finale episode of the current season.