Shah Rukh Khan's daughter Suhana Khan posted a pic wherein she can be seen posing on a staircase in a sheer white long-sleeved top, tied in a knot.

New Delhi | Jagran Entertainment Desk: Suhana Khan, a popular star kid, manages to make her followers hearts flutter with her scintillating posts. Shah Rukh Khan's daughter, who was holidaying in an undisclosed location, seems to have come to an end. Taking to her social media handle, she dropped a sunny pic and captioned it as, "Last Day" with heart emoji.

Taking to the Instagram story, Suhana posted a pic wherein she can be seen posing on a staircase in a sheer white long-sleeved top, tied in a knot and wore it over a spaghetti top. She paired it with denim shorts. She accessorised her look with silver loop earrings, a pair of sunglasses donning on the top of her head and a small white bag. She tied up her hair in a bun and kept her look simple with natural makeup. 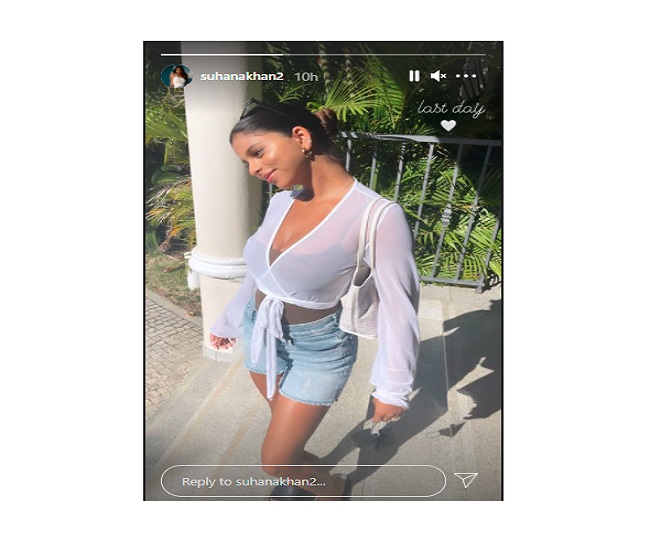 SRK and Gauri Khan's daughter has been winning hearts with her amazing looks, and recently she sent the netizens into a frenzy. On Wednesday, Suhana posted two pictures on Instagram, wherein she can be seen donning a red bodycon dress with a low cut back. She kept her makeup game and accessorised her look with golden loop earrings. 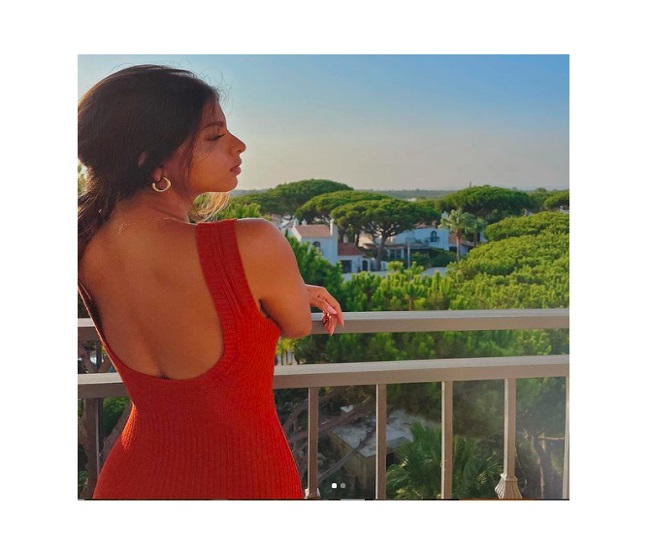 Suhana Khan has been holidaying for several weeks, a few days ago, she dropped a ravishing pic on her Instagram story from Portugal. Prior to it, she was busy vacaying with her mother, Gauri Khan, in Serbia and even posted pics from their day out in Belgrade. 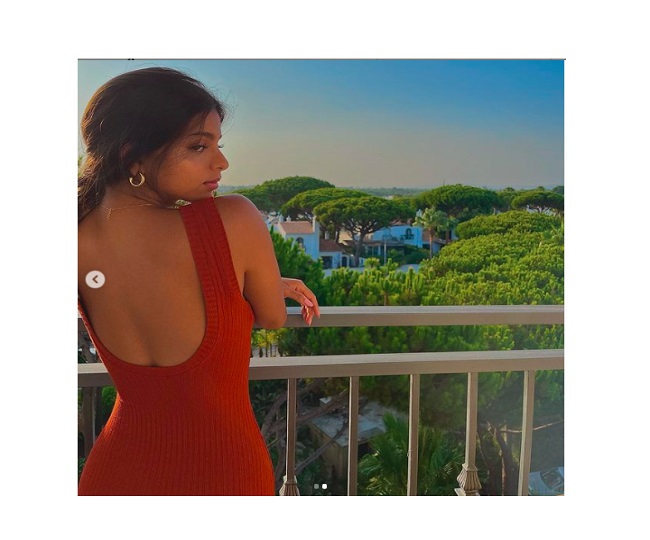 Currently, Suhana Khan is studying at New York University's Tisch School of the Arts, and just like her father, she also wishes to join the entertainment industry.

Talking about Shah Rukh Khan, he will be next seen in Pathan, co-starring Deepika Padukone and John Abraham. Helmed by Siddharth Anand, the film is likely to be released next year, also reportedly Salman Khan will make a cameo appearance.