On the occasion of Sridevi's birth anniversary, her daughters Janhvi and Khushi Kapoor have shared some throwback pictures.

Sridevi ruled the hearts of millions with her iconic performances and became one of the legendary actresses in the film industry. With a career span of over five decades, Sridevi became India's first female superstar. On the ocassion of her birth anniversary, her daughters and actresses Janhvi Kapoor and Khushi Kapoor remembered her and shared some unseen pictures on social media as well.

Sharing a childhood picture with her other Sridevi, Janhvi wrote, "Happy birthday Mumma. i miss you more and more everyday. I love u forever."

Zoya Akhtar, Manishmalhotra and Varun Dhawan are all hearts for this pictures.

Meanwhile, Khushi Kapoor has also posted a monochrome picture with Sridevi on her Instagram story. 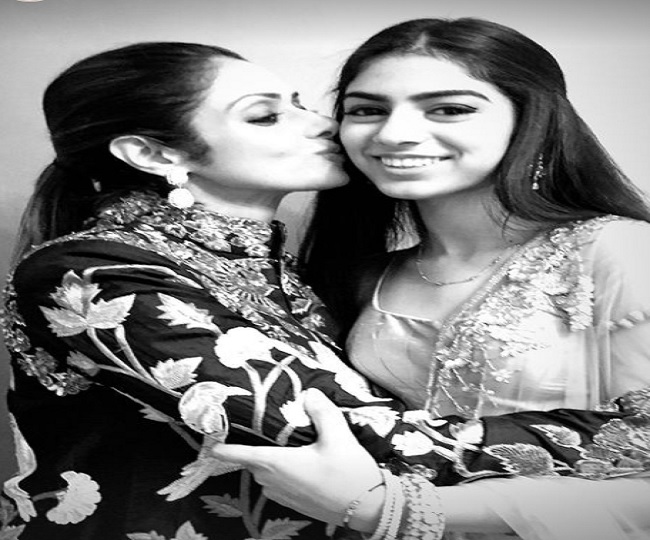 For the unversed, Sridevi passed away in February 2018 in Dubai. Her sudden demise took her fans and the film industry by shock.

Meanwhile, on the work front, both Khushi and Janhvi are busy working on their upcoming projects. Janhvi was recenrly seen in the film 'Good Luck Jerry', which is streaming on Disney+Hotstar. She has also wrapped up shooting for her film 'Bawaal' and shared ome BTS pics on Instagram. She also penned a heartfelt note talking about her journey of working on Bawaal. Sharing behind-the-scenes pictures, Janhvi wrote, "From stalking Nitesh sir and Sajid sir to make sure I get this film, to praying obsessively that it happens, to pinching myself every day that I’m actually shooting for it, to having finally wrapped it."

She is currently preparing for her film 'Mr And Mrs Mahi', in which she will essay the role of a cricketer. She will be seen in Mili.

On Khushi's work front, she will make her Bollywood debut with the film 'The Archies'. The movie will release on Netflix next year and will be directed by Zoya Akhtar. Khushi has already started shooting for the film.