Sonam Kapoor treated her fans with inside pictures of her baby shower. The actress was seen wearing a pink gown. Take a look here.

New Delhi | Jagran Entertainment Desk: Bollywood actress Sonam Kapoor who will soon be a mom, shared a glimpse of how her baby shower went. The special event was held in London, and the event included only close friends and family members. Sonam's sister Rhea Kapoor was also spotted at the event. Sonam shared a few images from the ceremony, and the event looked like a dream come true. Apart from Sonam, Rhea also shared pictures from the ceremony.

The baby shower consisted of a customised menu, napkins, and gifts arranged for every guest and was held in the home garden. Sonam’s name was also written on the hand-painted tablecloth. 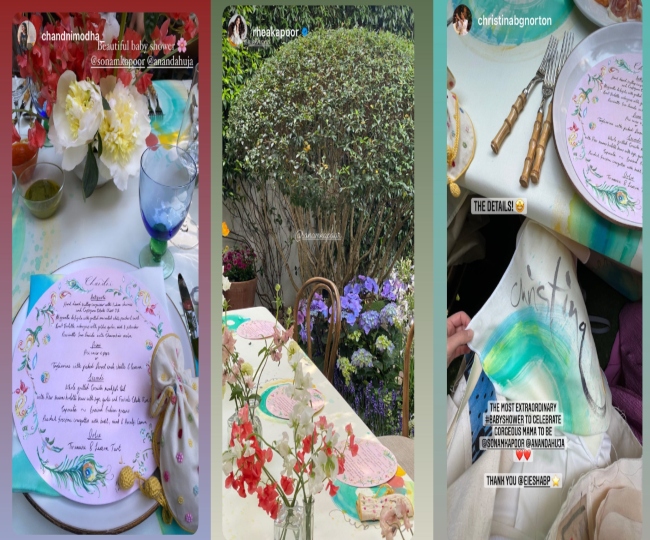 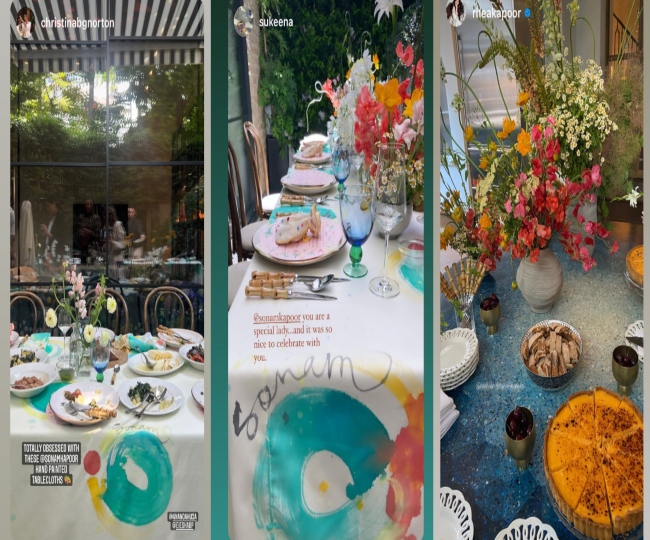 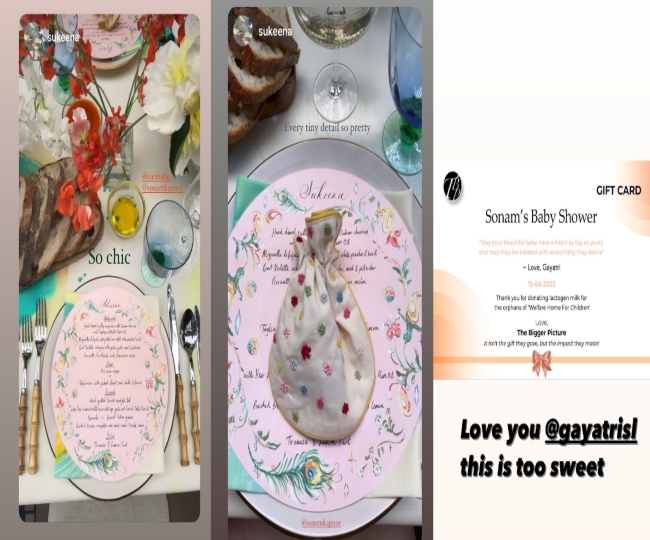 For the big day, mommy-to-be, Sonam Kapoor, was seen wearing a pink outfit. Also, singer Leo Kalyan was spotted at the event. The singer also gave a soulful performance as he performed 'Masakali'. The song is from Sonam's film 'Delhi 6'. The film also featured Abhishek Bachchan.

Sharing a few pictures, Leo Kalyan wrote, "A spice girl in Bollywood. I just performed at Sonam Kapoor's baby shower. What is life?"

Ever since Sonam Kapoor announced her pregnancy with her husband Anand Ahuja, the actress has been treating her fans with special pictures from her maternity journey. The actress recently made headlines when she flaunted that baby bump as she wore designer Abu Jani Sandeep Khosla’s off-white chamois satin skirt with delicate sequins and pearls.

Sonam tied the knot with long-time boyfriend Anand Ahuja in 2018. Anand Ahuja is the owner of the fashion label Bhane and the sneaker boutique VegNon Veg. Currently, the couple is living in their London house.