Sara Ali Khan teamed up her look with tied hair, a purple mask and flat chappals as she posed for the paps. Scroll down to take a closer look at her pics.

New Delhi | Jagran Entertainment Desk: Sara Ali Khan's fashion choice is one of the most distinguished ones amongst all the Bollywood actresses of her age. Right from a chikankari kurta to short dresses, the actress has been spotted in all when it came to flaunting her street style fashion.

Keeping up with tradition, Sara was spotted in yet another beautiful outfit as she was spotted out of her gym after a workout session. Yes, usually decked up in her activewear while being snapped after exercise regime, Sara, this time was snapped in a long grey cotton dress which had a little ethnic touch to it. The dress had tiny floral embroidery with quarter sleeves and round neck.

She teamed up her look with tied hair, a purple mask and flat chappals as she posed for the paps. 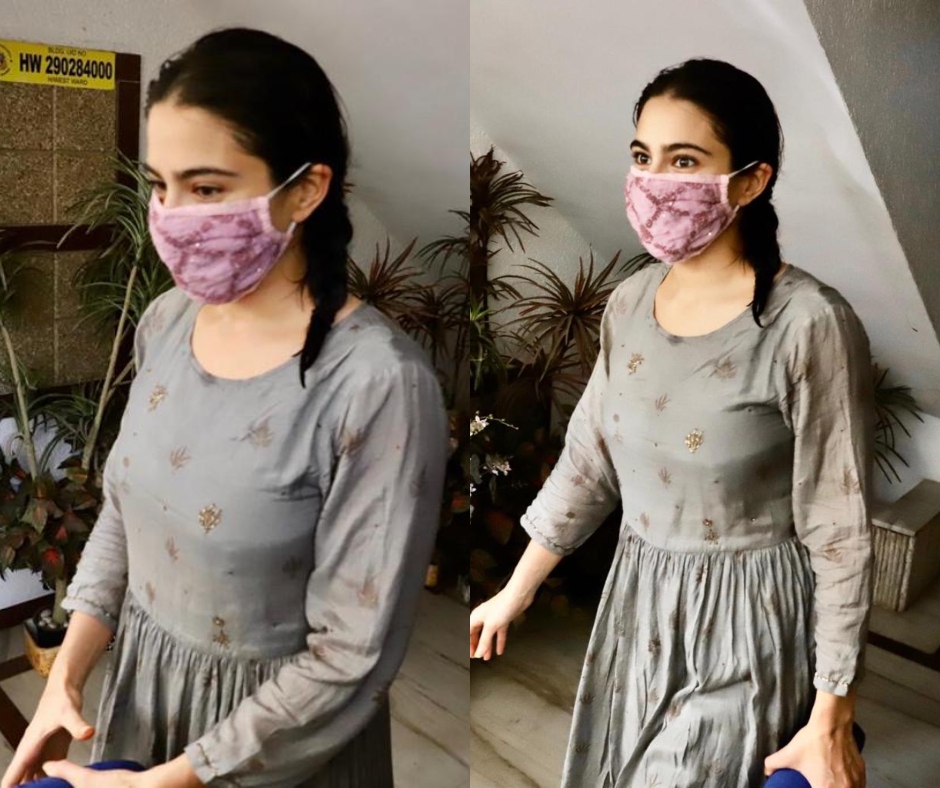 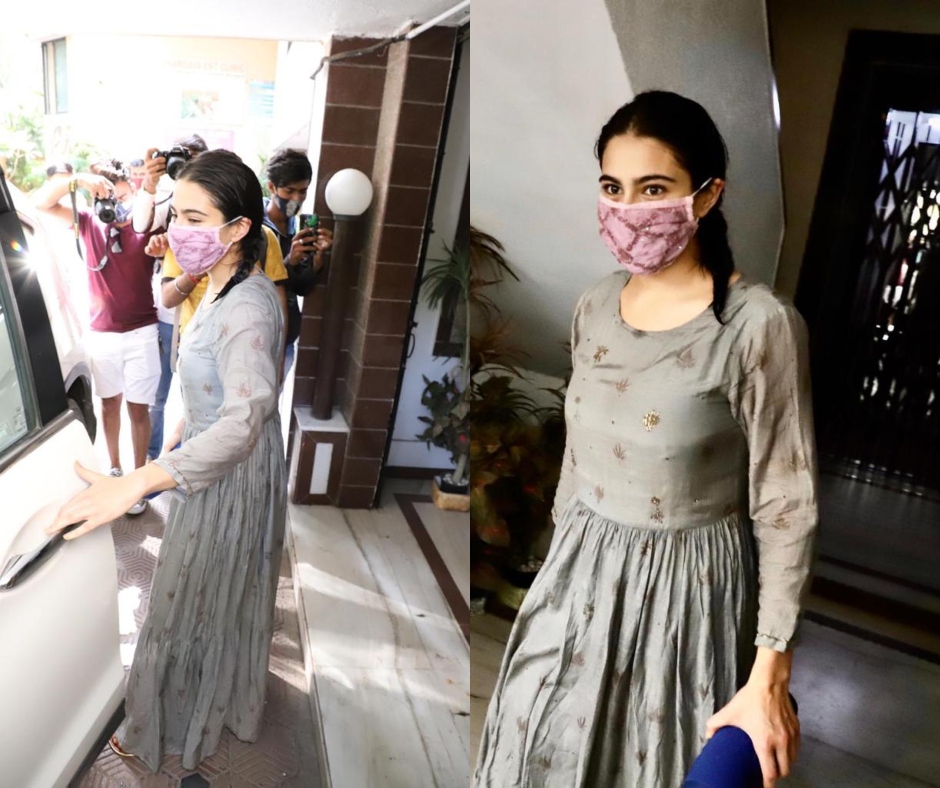 Well, we absolutely loved her subtle street style and her minimalistic make-up look which was perfectly complimenting her overall appearance.

Meanwhile, on the work front, the actress was last seen in David Dhawan's Coolie No. 1 opposite Varun Dhawan. She has quite a few films in her kitty and one of them is Atrangi Re which also stars Akshay Kumar. The film has been directed by Anand L. Rai and also has South actor Dhanush in the lead. The film was earlier set to release on Feb 14 this year but got postponed due to the ongoing COVID-19 pandemic.

Also Read
Radhe Title Track out: Salman Khan's new song will make you groove to its..

Sara debuted in Bollywood with Abhishek Kapoor's Kedarnath which was released in 2018. The film starred late actor Sushant Singh Rajput opposite her. Apart from that, she appeared in a number of big banner films in the span of her 3-yr-old career which include Simmba and Love Aaj Kal.

So guys, coming back to Sara's grey dress, what are your thoughts about her look? Do let us know.