Sara Ali Khan was last seen in the film Coolie No. 1 in which she shared the screen space with Varun Dhawan. The film was released on the OTT platform Amazon Prime Video and was helmed by David Dhawan.

New Delhi| Jagran Entertainment Desk: Actress Sara Ali Khan is a package of entertainment, drama, and good style. From her quirky captions to her love for funny shayaris, she never leaves a chance to entertain her fans. Well, we all know she shares an amazing bond with her father Saif Ali Khan. Be it sharing cute pictures or going out on an interview together, the duo has time and again proved that they share an unbreakable father-daughter duo bond. But, this time a picture has caught our attention in which Sara is not posing with her father but with a tea stall that is named 'Saif Chai Wala.'

Taking to Instagram stories, Sara shared a picture in which she was posing in front of Saif Chai Wala tea stall. The Kedarnath actress was looking beautiful in an all-white suit salwar which she paired with a small bindi and her jutis were acing her fashion game. Her hair was styled in half clutched hairdo and she was looking amazing as she was all smiles for the camera. 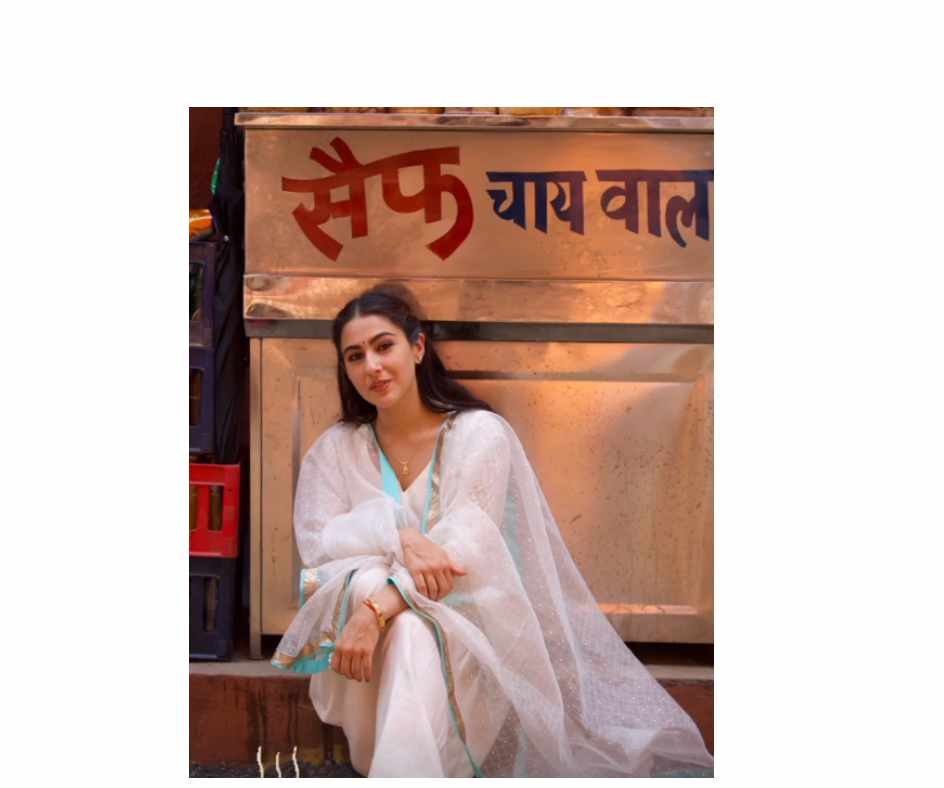 Sara shared the story with two stickers. One of the stickers reads, "I love my dad." The second sticker had a chai cup and "chai addict" was written with it.

Recently, she completed the shoot of her forthcoming film Atrangi Re. In the film, she is starred opposite Dhanush and Akshay Kumar. The film is being helmed by Aanand L Rai. She also penned a heartfelt note for Atrangi Re team, that reads, "That’s a film wrap Ek saal baad. Thank you so much @aanandlrai sir for giving me this role, this film and this opportunity. But more than that thank you for your unconditional love, unwavering support, the best India darshan, delicious khana, early morning sunrise drives to location, sufi ginger water evenings, and the most memorable year with the best team."

Sara was last seen in the film Coolie No. 1 in which she shared the screen space with Varun Dhawan. The film was released on the OTT platform Amazon Prime Video and was helmed by David Dhawan.