Monday morning turned out to be special for Sara Ali Khan fans as the actress treated them with an oh-so-HOT pic enjoying the sunbath, lounging on the trunk of a coconut tree.

New Delhi | Jagran Entertainment Desk: Actress Sara Ali Khan is raising the temperature in her recent post shared on her social media handle. The actress who was vacaying in the Maldives recently dropped several alluring pics, teasing her fans. However, Monday morning turned out to be special for her fans as she treated them with an oh-so-HOT pic enjoying the sunbath, lounging on the trunk of a coconut tree.

Taking to her Instagram handle, Saif Ali Khan's daughter dropped a scintillating pic on her story showing off her perfect curves in a hot pink bikini. Yes, the actress was adorning an orange-pink bikini as she laid on the trunk of a tree. The cherry on top was her caption, wherein she quoted Rumi and wrote, "Maybe you're searching among the branches for what only appears in the roots." 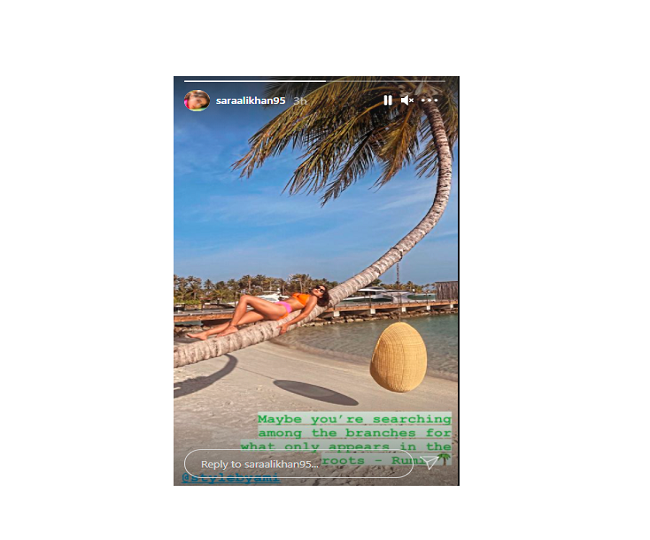 On Sunday also, Sara shared the post showing off her tanned back. The actress was seen posing on the beaches of the Maldives in neon monokini and colourful scarf. She accessorised her look with neon green nail paint, a bracelet and a ring. She captioned the pic as, "Don't judge each day by the harvest you reap but by the seeds that you plant."

Well, this is not the first time actress blew the minds of fans with her sultry looks. Earlier, she broke the internet with her tangerine bikini pics. Keeping her look simple, she accessorised it with a seashell necklace. 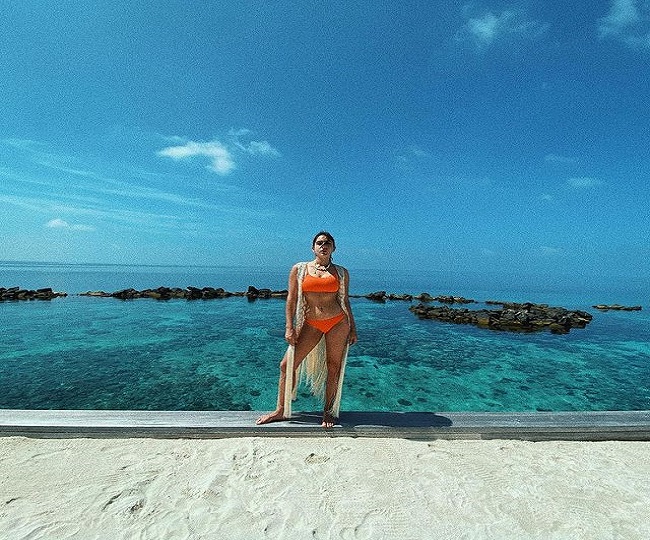 In another pic from her Maldives vacay, she shared a pic in a floral blue swimsuit paired with coloured sunglasses. 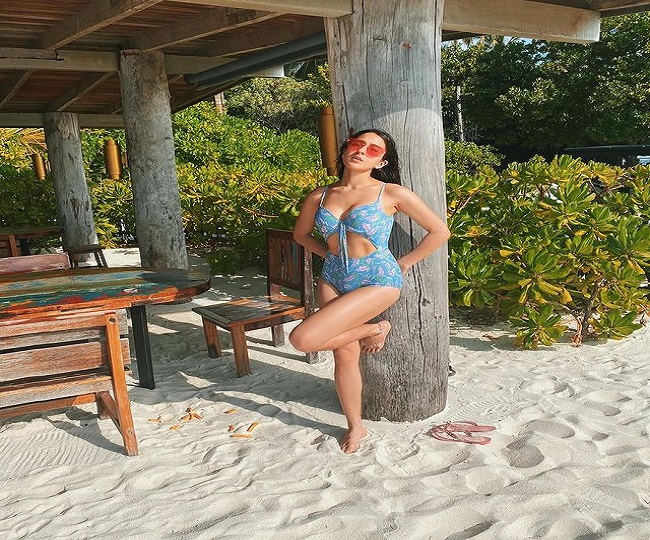 Here we have brought you five pics of actress that will make your heart flutter: 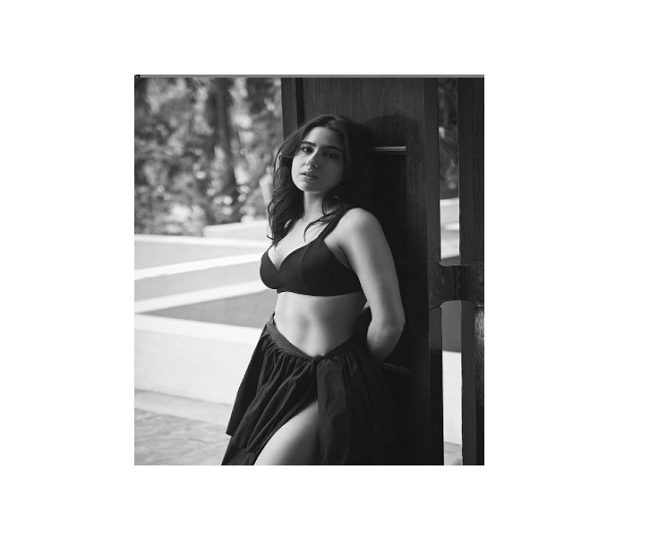 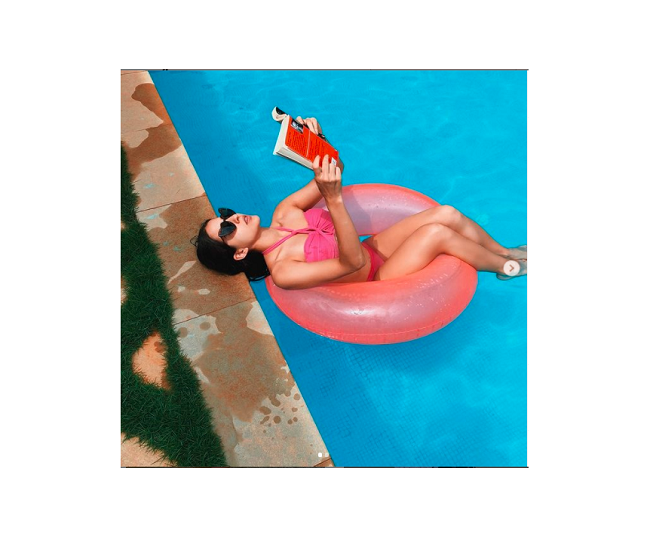 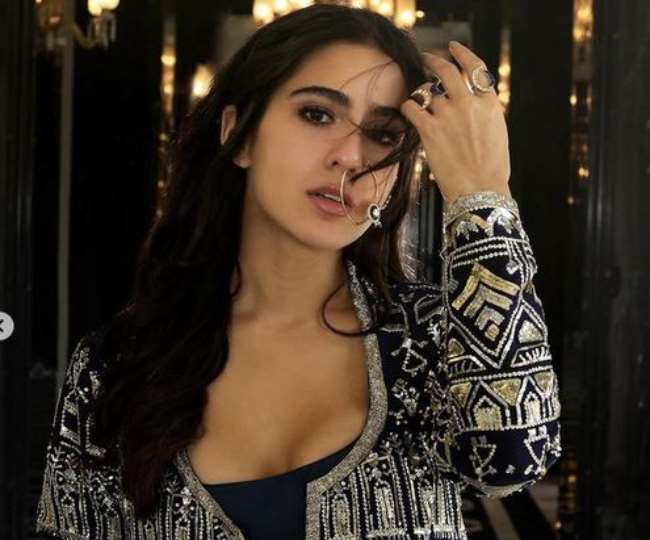 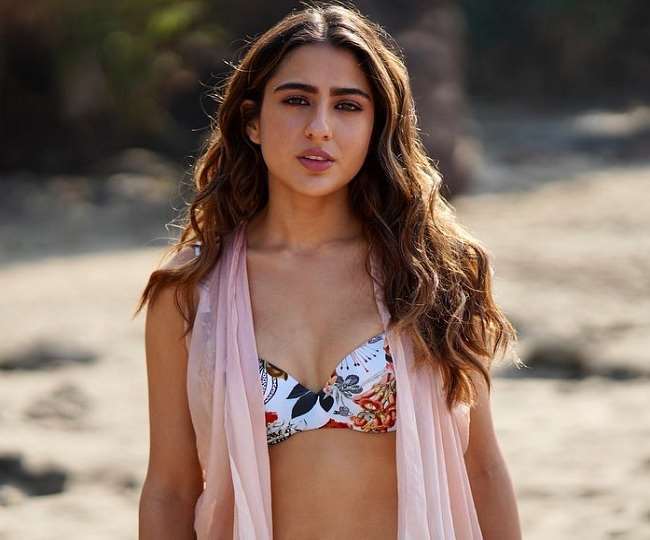 Sara Ali Khan is hopping from one exotic location to another, earlier she was having a gala time with actress Radhika Madan in Ladakh.

Meanwhile, on the work front, Sara Ali Khan was last seen in Coolie No. 1 and will be next seen in Anand L Rai's Atrangi Re, co-starring superstars Akshay Kumar and Dhanush.