Taking to her Instagram handle, Sara Ali Khan dropped a post lauding Shoojit Sircar for 'visually stunning and soul touching film'. She also praised Vicky Kaushal's acting skills and called him one of the 'finest actors'.

New Delhi | Jagran Entertainment Desk: Vicky Kaushal's Sardar Udham is garnering immense praise and love from the audience and B-town celebs for his acting skills. Several celebs, including Katrina Kaif and Taapsee Pannu, took to their social media handle to laud both actor and director Shoojit Sircar. Now, Sara Ali Khan has also added her name to the list.

Taking to her Instagram handle, she dropped a post lauding Shoojit for 'visually stunning and soul touching film'. She also praised Vicky's acting skills and called him one of the 'finest actors'. She wrote, "An intensely honest, visually stunning and soul touching film by @shoojitsircar sir! Beautiful, gut wrenching and simply brilliant performance by @vickykaushal109 You truly are one of the finest actors we have''. 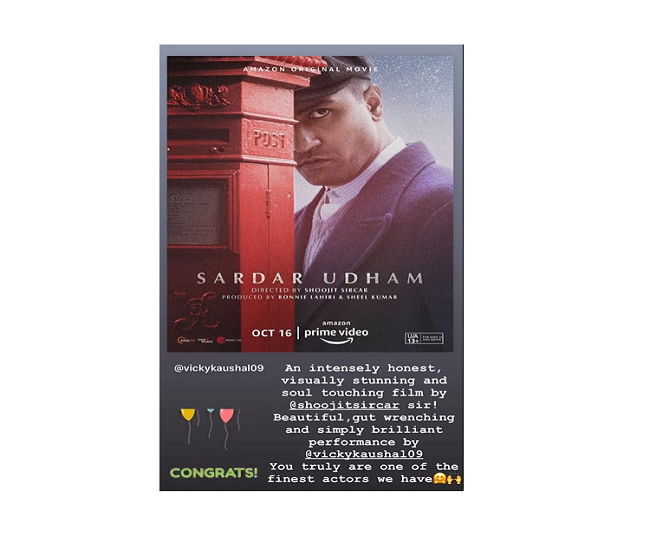 Rumoured girlfriend Katrina Kaif also praised his acting skills in the film and called him 'pure, raw and honest'. She even encouraged her followers to watch the film.

Also Read
From glass gazebo to 7 horses entry, know about preparations from Katrina.. 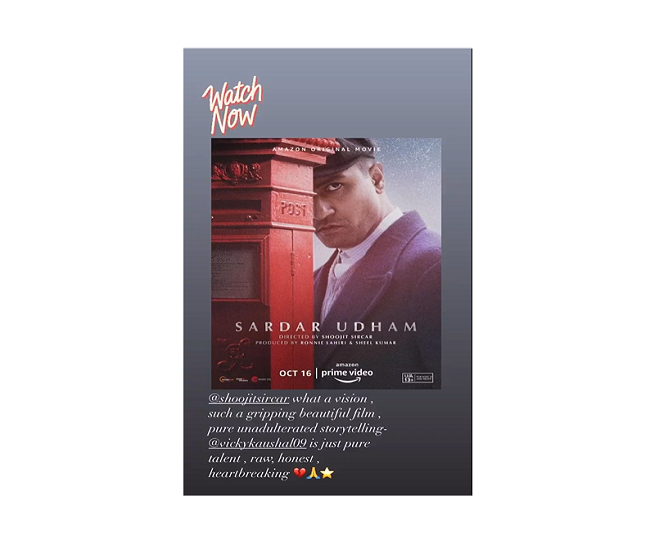 Sardar Udham is based on the revolutionary freedom fighter Udham Singh who is known for assassinating General O'Dwyer. Talking about the film, Vicky, during an interview with ETimes, said, "Sardar Udham Singh is an unsung hero of our country’s history and struggle for independence. His sacrifices are an inextricable part of our history. That’s why it's important to retell the stories of such warriors and heroes of our country, so that their legacy can survive for future generations."

On the work front, Sara Ali Khan will be next seen in Aanand L Rai's upcoming film Atrangi Re co-starring Akshay Kumar and Dhanush.

Coming back to the film, Sardar Udham was released on October 16 on Amazon Prime Video. The film also stars Banita Sandhu and Anmol Prashar.