As soon as the song plays, Salman Khan starts performing on the song and is even seen doing his famous 'towel' step. scroll down to watch video

New Delhi | Jagran Entertainment Desk: Superstar Salman Khan is busy shooting for his upcoming action-thriller Tiger 3 with Katrina Kaif in Turkey. The 55-year-old actor is having a blast and is enjoying every moment of his stay in the country. Recently, a video of Radhe actor is going viral on all social media platforms, wherein he is shaking legs for his fans on his hit song Jeene Ke Hain Chaar Din during the wrap-up party of Tiger 3.

Salman Khan is seen donning a blue, shirt paired with matching ripped jeans, a leather jacket and completed his look with a beret. As soon as the song plays, the actor starts performing on the song and is even seen doing his famous 'towel' step. The crowd around him is seen cheering and whistling as the actor shook legs with his fans. However, Katrina Kaif was nowhere to be seen in the video.

Here have a look at the viral video:

Not just this, on Monday morning, Salman treated his fans with a scintillating pic, enjoying the sunrise in Cappadocia. Sharing the post on his Instagram handle, he wrote, "Sunrise ... #cappadocia #turkey" 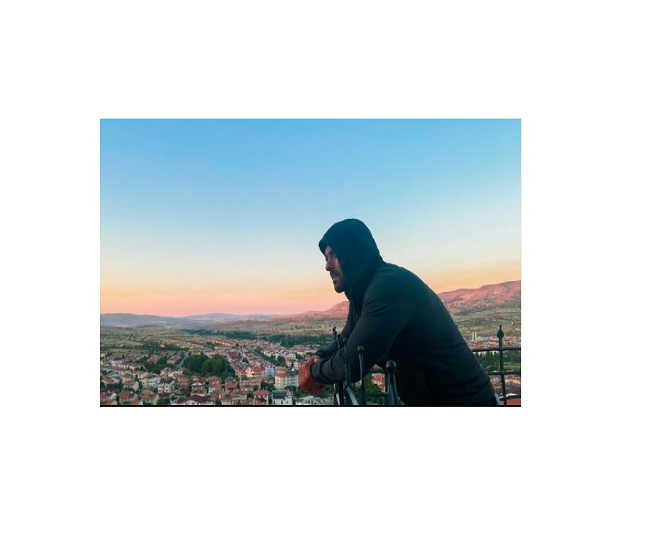 Last week, the actor met the Turkish Tourism Minister Mehmet Nuri Ersoy and clicked the picture with both the superstars. Sharing the pic on his Twitter handle, Ersoy wrote, "We came together with the famous actors of Bollywood, Salman Khan and Katrina Kaif, who are in our country for their new projects. Turkey will continue to host many international cinema projects."

Talking about the film, Tiger 3 is the sequel of Tiger and Tiger Zinda Hai, wherein Salman will be back as RAW agent Avinash Singh Rathore aka Tiger. Reportedly, in the film, actor Emraan Hashmi will be portraying the role of an antagonist. However, nothing has yet been confirmed either by the Tiger team or the actor.