Reportedly, their wedding festivities will begin on September 30, 2022, and is likely to be three pre-wedding functions - Cocktail, Sangeet, and Mehendi and likely to take place in Delhi.

THE MOST awaited wedding is finally happening! Bollywood couple Richa Chadha and Ali Fazal are all set to tie the knot on October 4. Like all the weddings of star couples, this one will also be unique in its own way and that has been confirmed after the invitation card of the wedding of the beautiful couple is out.

The invite is quirky and amazing all at the same time. The card is in the shape of a matchbox with a picture of Richa Chadha and Ali Fazal riding bicycles inscribed on it.

The card has the text, 'Couple Matches' printed on it. Richa, in the picture, can be seen wearing a red saree in the most Indian way, while Ali is all dressed up in a lavender blazer along with a red tie and white pants. 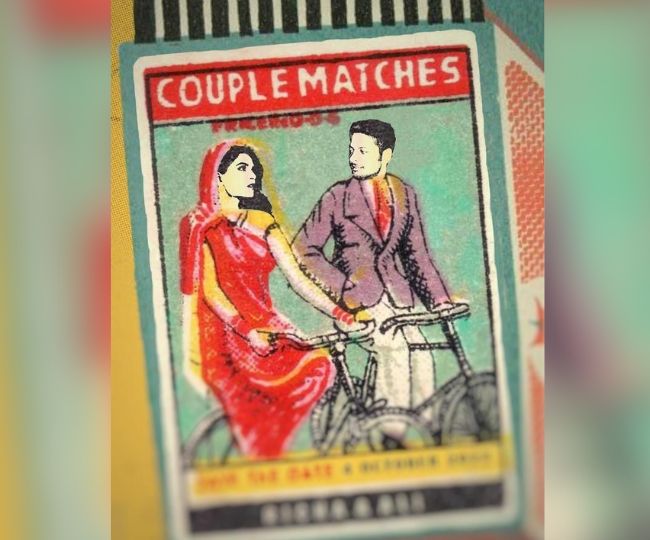 Earlier, a source of the news agency revealed that the couple is expected to tie the knot in Mumbai and the couple will be hosting a wedding reception a day later for their family, friends, and industry peers.

Also Read
'If We Come Together...': Salman Khan Opens Up On Bollywood vs South..

Reportedly, their wedding festivities will begin on September 30, 2022, and is likely to be three pre-wedding functions - Cocktail, Sangeet, and Mehendi and likely to take place in Delhi.

Earlier, Richa took to social media to confirm her October wedding with Ali in the sweetest way possible. She tweeted an image that read, "New Life, Loading." Richa captioned it with a tweet, "can't wait for October."

As soon as Richa shared the post, fans chimed in the comment section to congratulate the couple.

The duo had initially planned their wedding in April 2022 but had to delay it due to COVID. The two actors started dating back in 2012 after they met on the sets of Fukrey. They were also seen together in the sequel to the comedy together titled Fukrey Returns which was released in 2017.

Also Read
Adipurush Teaser Out: Prabhas-Starrer Gives A Glimpse Into The Epic Saga..

Meanwhile, on the work front, Richa is currently working on Sanjay Leela Bhansali's upcoming web series 'Heeramandi' which will stream exclusively on Netflix. Ali, on the other hand, is currently working on the third season of Amazon Prime Video's series 'Mirzapur' in Mumbai and Lucknow and will soon wrap up his part of the shoot.

The list of Richa's upcoming movies also includes Fuckrey 3 and Abhi Toh Party Shuru Hui Hai. The couple is also producing Girls Will Be Girls and will share the screen in Fukrey 3.