Taking to the Instagram story, Rhea Kapoor dropped several videos. In the first video, she is seen soaking in the sun with hubby Karan Boolani in a red bikini, black shrug and shades.

New Delhi | Jagran Entertainment Desk: Newlywed couple Rhea Kapoor and Karan Boolani are currently having leisure time in the Maldives for the past few days. The couple, who is on their honeymoon, is keeping their followers on their toes by constantly giving a sneak peek into their vacation. Recently, as they had the last supper, the couple shared some new pics and videos teasing their fans.

Taking to the Instagram story, Rhea dropped several videos. In the first video, she is seen soaking in the sun with hubby Karan in a brick-red bikini, black shrug and shades. Take a look below: 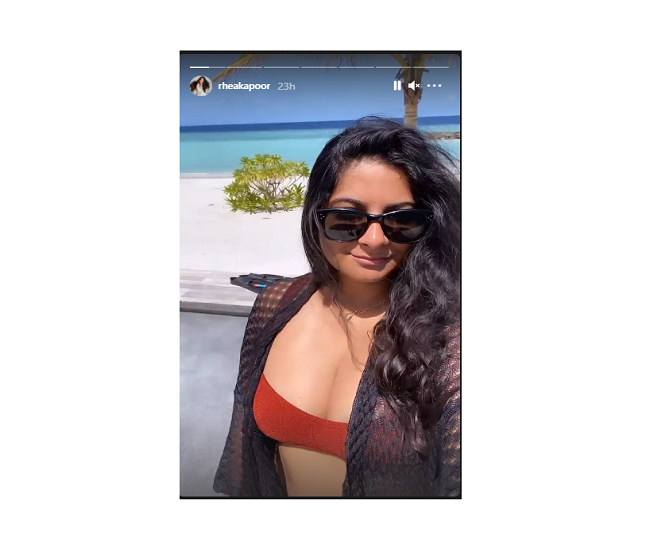 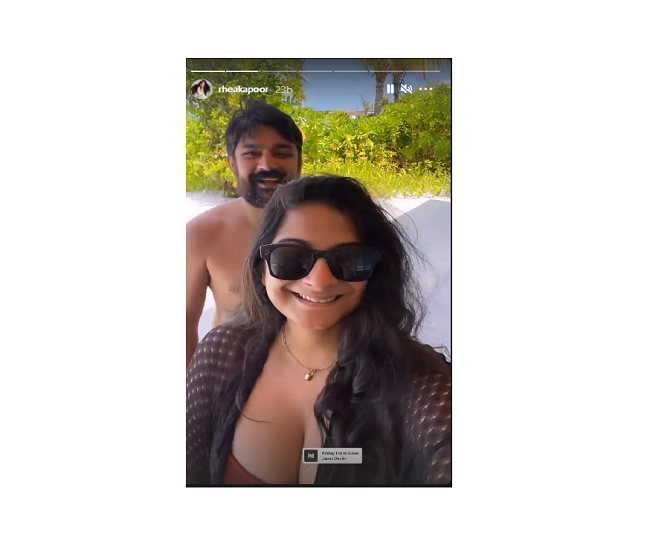 In another video, Karan is seen resting his head on his wife Rhea's shoulder as they go on a ride in a shuttle cart. Check out below: 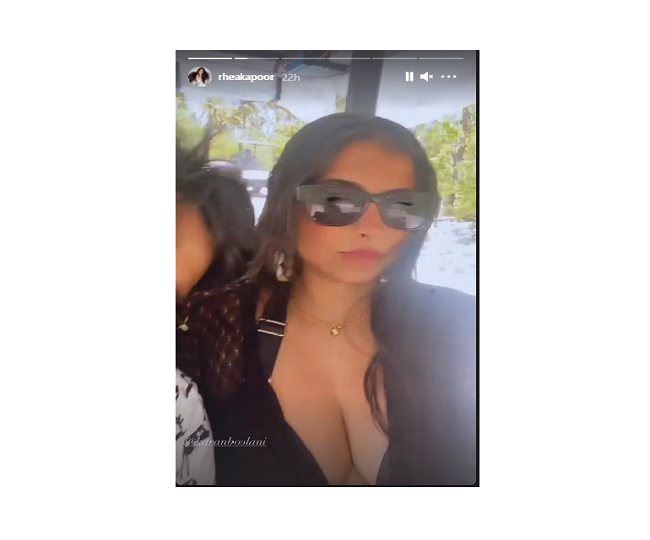 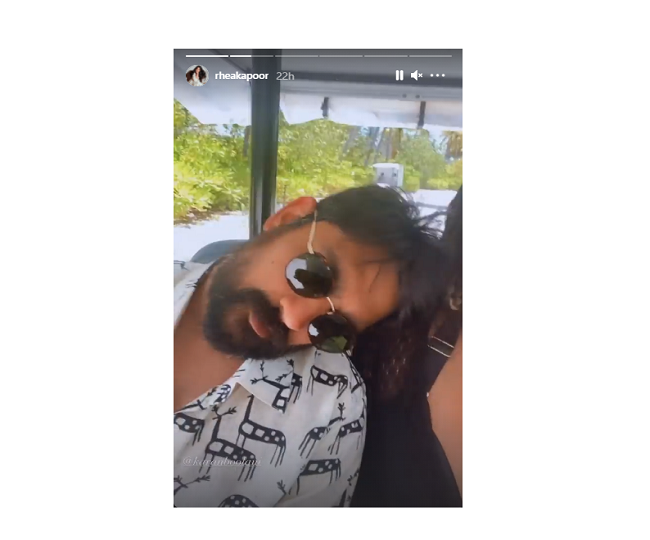 On the other hand, Karan posted scintillating pics of himself with his lady as they enjoyed the ride on a yacht. In the pics, Rhea is seen donning an off-white long flared dress with a deep neckline while Karan complemented her in a casual grey t-shirt. He captioned the pic as, "Overseas" with heart emoji.

He also shared several videos of Rhea enjoying in a pool. Also, she shared a pic of their dinner menu and captioned it as "Last Supper" 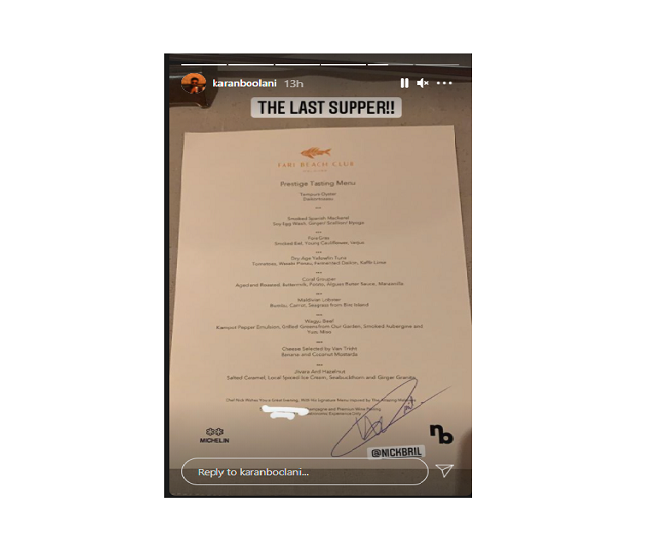 Meanwhile, Anil Kapoor's daughter Rhea and Karan got married last month, and in early September, they flew to the Maldives for their honeymoon. The couple, who were in a decade long relationship, tied the knot on August 14 in the presence of their close family and friends. The wedding took place at Anil Kapoor's residence and was attended by Arjun Kapoor, Janhvi Kapoor, Boney Kapoor, Khushi Kapoor, Sanjay Kapoor and his family. After the intimate wedding, the couple hosted a star-studded reception, and the pics from the ceremony was shared on their Instagram handles.