Ranveer Singh’s reply to Deepika’s comment ‘Going where?’ will give you major PDA goals

New Delhi | Jagran Entertainment Desk: Bollywood actor Ranveer Singh is known for his zestful attitude, a bizarre dressing sense, and is loved by everyone for his cheeky comments and their replies on the social media. His amusing skills of replying hilariously, thrive even more when he is replying to his darling wife, Deepika Padukone.

Deepika and Ranveer are one of those couples who don’t shy away to tease each other on social media. Many instances have been reported earlier, where Ranveer and Deepika’s comments left the netizens in splits. Recently, Ranveer’s reply to Deepika’s comment yet again left the internet blushing with their social their PDA.

Ranveer on Saturday posted a couple of photos on his Instagram profile where he can be seen in flamboyant style. Donning a neon green and orange trench coat over a grey pant-suit with a black tie and curly moustache. He paired his look with red sunglasses. The many-hued Ranveer, of course, grabbed the attention of his fans but what made the photo more interesting is his wife Deepika’s comment on the post.

Ranveer posted the photo without any caption and by looking at the photo you will be convinced that it doesn’t need any caption as his energy is speaking for itself. Deepika reacting firstly on the photo asked Ranveer “Going where?” with a thinking-face emoji.

To which Ranveer’s adorable yet hilarious reply was, “Jahan tu le chale." LOL!” 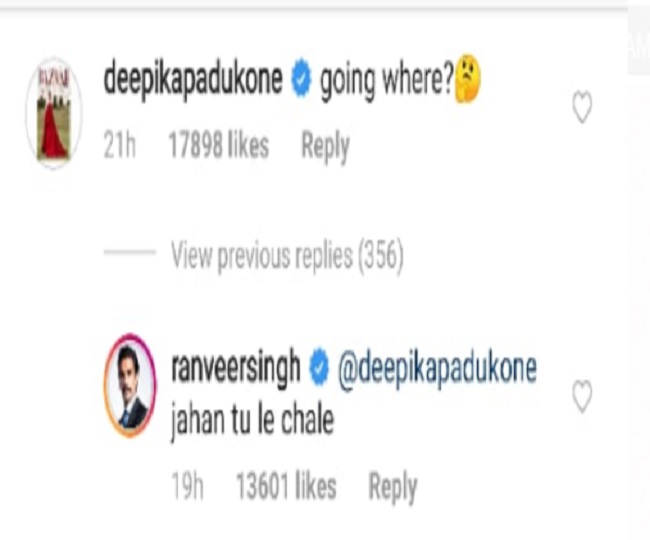 A lot of other celebrities too dropped comments on his photo. Veteran Neena Gupta applauded his look and said “Wow” in the comments section. Another funny comment comes from none other Tanmay Bhatt, who wrote, “I want to rub my firstborn child on your face”. 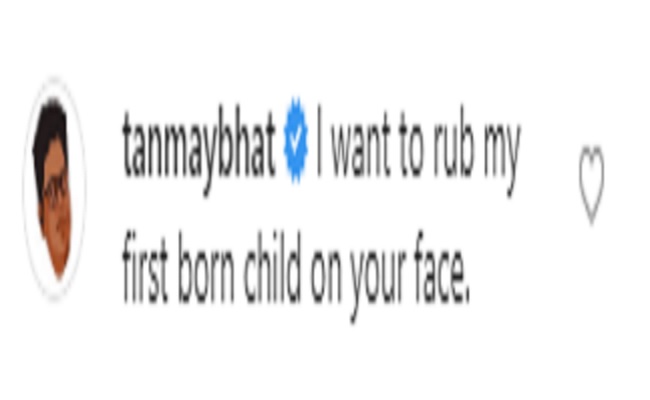 Also Read
‘Why should they come to my house’: Sonu Sood’s response wins hearts after..

On the work front, Ranveer and Deepika will next be seen Kabir Khan’s ‘83’, where the couple plays the life of Kapil Dev and his wife. The film is based on the journey of Kapil Dev to lift the ICC ODI Cricket World Cup for the first time in 1983.