New Delhi| Jagran Entertainment Desk: Actress Kareena Kapoor Khan is always making headlines. Be it for her impeccable fashion statement or for posing with her adorable sons. Saif and Kareena welcomed their second son in February, this year, and since then, netizens are eagerly waiting to see the picture of their newborn. Well, it looks like Kareena's father Randhir Kapoor 'accidentally' treated Good Newwz actor's fans as he shared a picture of her newborn on Instagram. However, he deleted it immediately, but fans were able to take a screenshot of it.

Looks like, Randhir Kapoor took the 'Felt cute, might delete later' quote a little too seriously. According to reports, he shared a photo collage of Kareena's newborn on Instagram. As soon as he shared the post, many fans took the screenshot of the picture, and it went viral on social media.

Many fans also shared the post and wrote that the newborn shares some uncanny resemblance to his parents. Some users even said that he looks a lot like Kareena.

Have a look at the picture: 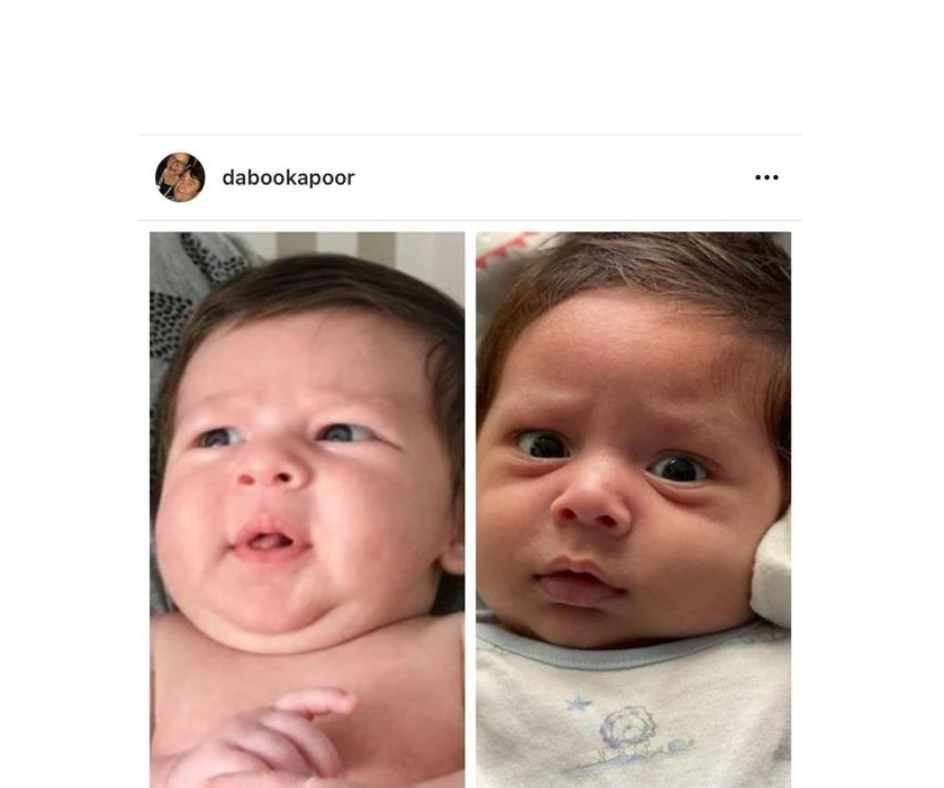 Earlier, on Women's Day, Kareena shared a picture on Instagram with her newborn. The photo was in a monochrome tone. In the photo, Kareena tugged her little munchkin and his face was covered. In the picture, her newborn was wrapped in a baby blanket and Kareena was looking gorgeous as ever in it. She shared the photo with the caption, that read, "There’s nothing women can’t do Happy Women’s Day my loves."

Have a dekko at the picture:

Meanwhile, on the work front, Kareena Kapoor recently completed the shoot of her forthcoming film Laal Singh Chaddha, in which she is starred opposite Aamir Khan. On the other hand, Saif too has several lined up projects and he will be seen in the forthcoming film Bhoot Police.