After Poonam Pandey and Sherlyn Chopra, now YouTuber Puneet Kaur has revealed that Raj sent her a direct message in connection with the supposed pornography.

New Delhi | Jagran News Desk: Actress Shilpa Shetty's husband and businessman Raj Kundra was arrested by the crime branch of Mumbai Police on Monday for allegedly creating pornographic films and publishing via some apps. As soon as this broke out, Poonam Pandey and Sherlyn Chopra blamed Raj for ending up in adult industry. Now, YouTuber Puneet Kaur has revealed that Raj once sent her a direct message in connection with the supposed pornography.

Taking to her Instagram story, Puneet wrote, "Brooo do you OGS remember our verified DM video where he reached out to me for hotshots!?!? Im deaaad.” 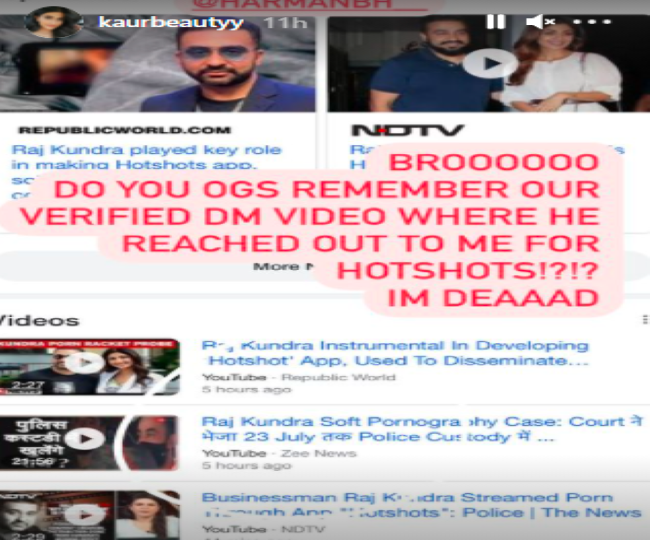 In her another post on Insta story, she wrote, "I can’t even WTF this mans was really luring people -we literally thought it was spam when he sent that DM to me!? Jesus Christ man rot in jail.” 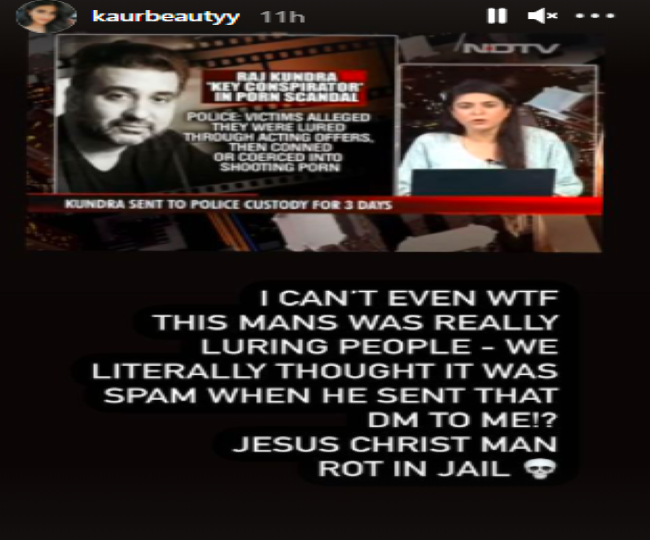 Along with these posts, she also uploaded a video on her Instagram story wherein she could be seen sitting along with two others discussing the message she received via Raj and wondered if his account was hacked.

Meanwhile, Raj Kundra has been sent to judicial custody till July 23, 2021, in the case of a pornographic film. He has been booked under sections 420 (cheating), 34 (common intention), 292 and 293 (related to obscene and indecent advertisements and displays) of the Indian Penal Code (IPC) besides relevant sections of the IT Act and the Indecent Representation of Women (Prohibition) Act.

Earlier, a statement was released by the CP of Mumbai Police after the arrest of Raj Kundra, it read, “There was a case registered with Crime Branch Mumbai in February 2021 about creation of pornographic films and publishing them through some apps. We’ve arrested Mr Raj Kundra in this case on 19/7/21 as he appears to be the key conspirator of this. We have sufficient evidences regarding this. Investigation is in progress please.”