For the British Council's Awards, Priyanka adorned Richard Quinn's floral jumpsuit. Priyanka is being praised a lot in this dress. But some users on the internet have mocked her choice.

New Delhi | Jagran Entertainment Desk: Priyanka Chopra one way or another always manages to make headlines. Despite being in the US with their husband Nick Jonas, Priyanka has maintained her popularity and fan following in India. Priyanka recently attended the British Council's Fashion Awards ceremony with her husband Nick hand in hand.

She posted a series of photos on her Instagram to share the news with her fans but, the photos made her fans mock the Barfi star for her fashion sense. Usually, the 'Desi Girl' is known for her impeccable fashion choices and elegant looks. She always keeps up with the fashion trends and always manages to set fire on the red carpet at national and international events.

For the British Council's Awards, Priyanka adorned Richard Quinn's floral jumpsuit. Priyanka is being praised a lot in this dress. But some users on the internet have mocked her choice and wrote, that she should stay away from Ranveer Singh and that his peculiar fashion sense is hampering her mind.

For the unversed, Ranveer Singh has quite a unique and bold fashion sense and he never ceases to show off or hesitate to wear different clothes.

Priyanka Chopra and Ranveer Singh both are in discussion for working together on a film and earlier Priyanka and Ranveer worked together in many films like Gundayy, Ram-Leela, and Dil Dhadakne Do, and Baajirao Mastaani.

What the heck is she wearing https://t.co/WlU3sO8n5q 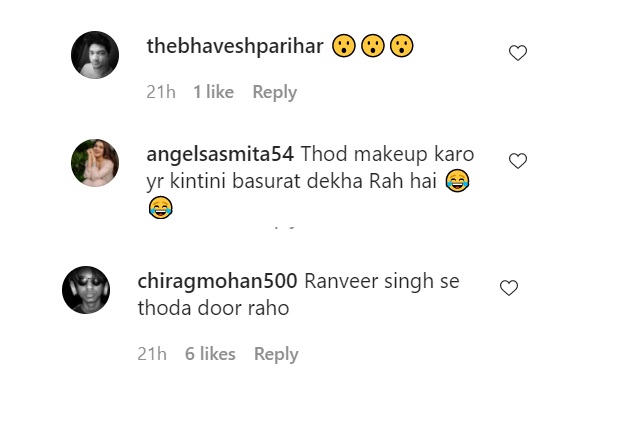 Also Read
'Cloud of her deteriorating mental condition hung over us': Kabir Bedi..

Talking about Priyanka and Nick, they celebrate their wedding anniversary today, December 1. Desi girl was recently seen on a Netflix Roast show named Jonas Brothers Family Roast, wherein she roasted her husband Nick and his brothers Joe and Kevin. She also made headlines earlier for dropping 'Jonas' from her social media handles. The particular event led to rumors of a split between Priyanka and Nick but later it was rubbished by her mother Madhu Chopra.