Taking to her Instagram Stories, Priyanka Chopra Jonas dropped a new picture of Malti Marie sitting on the beach while facing her back to the camera.

Priyanka Chopra posted a new photo of her daughter, Malti Marie Chopra Jonas, on Wednesday, after a beach outing. Taking to her Instagram Stories, the global star captioned the photo as, "Afternoons like this" and added a bunch of emojis. The one-year-old was dressed in a white and blue hoodie set and looked adorable in the sunshine. 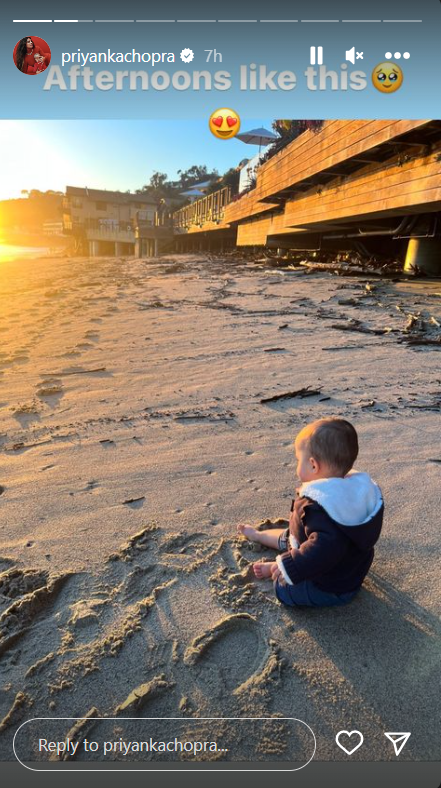 In the cute picture, Malti was seen sitting by herself at the beach gazing at the sun with her back facing the camera. Priyanka also uploaded a photo of herself while out and about with Malti. She posted a mirror selfie of herself in her hotel room holding a designer bag. She captioned the photo, "Perfect Moment (clothing brand) and Sabyasachi, love it!" 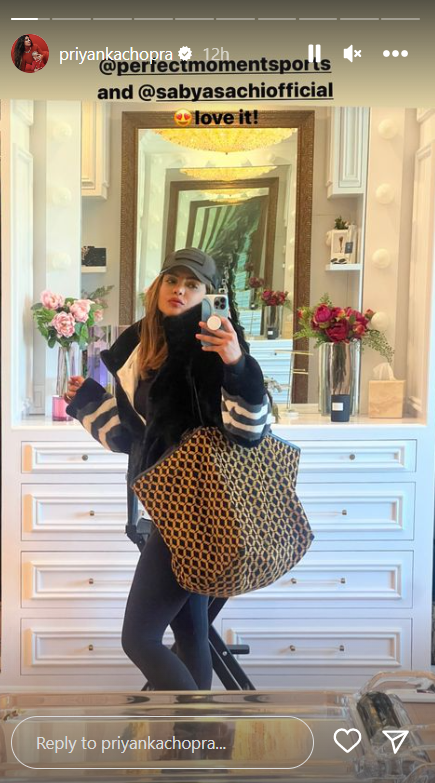 Recently, Priyanka was featured on the cover of British Vogue's February issue, accompanied by Malti in a coordinated red outfit. They posed together in front of a red backdrop, bringing a sweet moment to the magazine.

Talking about how having a baby has given her a sense of peace and stability after a hectic two decades of hard work, Priyanka said, "It's been 20 years of hustling and working at breakneck speed. I've always been like, 'What's the next thing?… But now I feel I have a centre, a sense of calm, because every decision ends up being about her. I have, like, seven cameras in her room. There's really nothing more satisfying than seeing her face as soon as her eyes open."

Meanwhile, the Jonas Brothers will be receiving a star on the Hollywood Walk of Fame in the recording category on January 30, as revealed by Nick on Instagram on Tuesday. The upcoming event will be a great honour for the American boyband, which is comprised of Kevin, Joe, and Nick.

The brothers expressed their gratitude towards their fans via a post on the band's official Instagram page. Nick shared the news on his own Instagram with a caption that read, " Can’t wait for this! Getting a star on the @hwdwalkoffame with my brothers next week. Join us for the ceremony in LA or at WalkOfFame.com on January 30th!" His wife, Priyanka, commented on the post saying, "So proud."