Priyanka Chopra is currently working on her web series Citadel. She will also star in Jee Le Zaraa.

PRIYANKA Chopra is a doting mother to her daughter Malti Marie and often posts her daughter's adorable pictures on Instagram. Recently, Priyanka reunited with her daughter after her trip to India and The Sky Is Pink star couldn't be more excited. Even though Priyanka posts many beautiful pictures with her daughter, she chose not to show her face. In her recent Instagram post, Priyanka shared a glimpse of Malti and it is too adorable to miss.

Sharing Malti's picture on her Instagram story, Priyanka wrote, "I mean..." with a heart-eye emoticon. 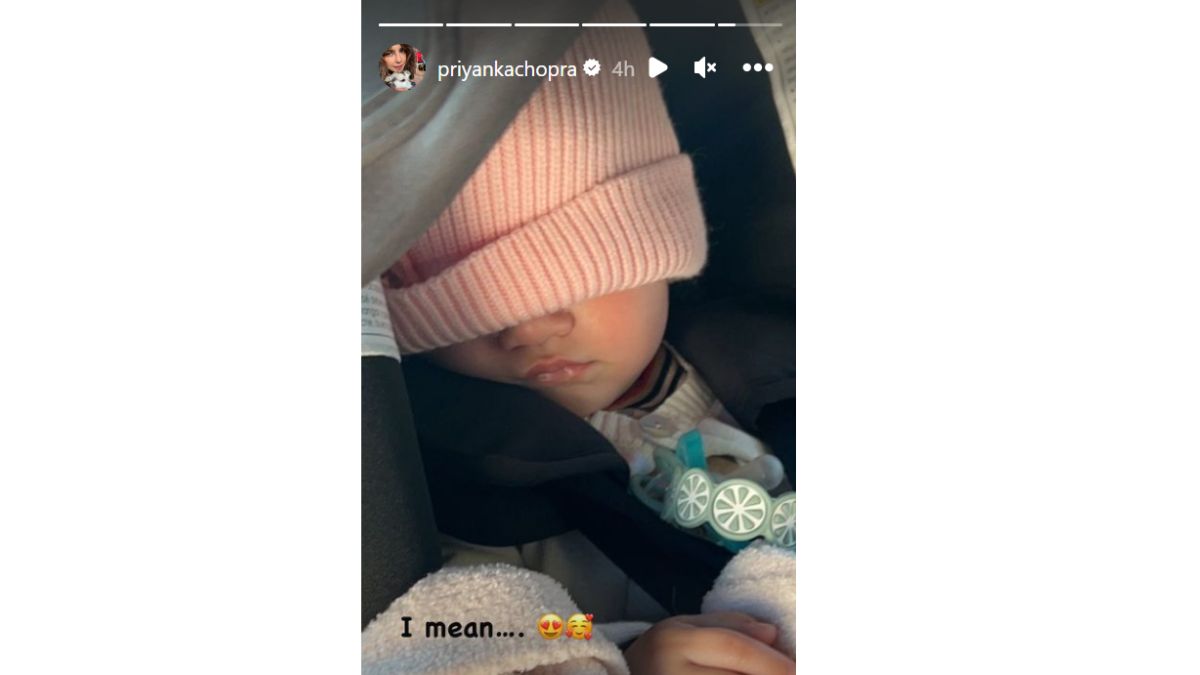 Earlier, she posted an adorable picture with Nick and Malti and wrote, "Home".

On Diwali, Priyanka shared some beautiful pictures with her family. She wrote, "Love, peace and prosperity to all. From a heart truly laden with gratitude, I wish you all a Happy Diwali. Sorry I’m a little late but decided to stay in the moment just a little bit longer.. ॐ नमः शिवाय. From ours to yours. Love and light."

Meanwhile, Priyanka was in India recently to promote her hair care brand and create awareness about education with UNICEF. She revealed her plans of returning to Bollywood and opened up about her upcoming film Jee Le Zaraa.

Priyanka revealed that she talked with Katrina and Alia before speaking to Farhan Akhtar about it. "I called up Alia and Katrina, this is before Farhan or anybody came (onboard). I called the girls first. I was sitting at home and I wanted to do a Hindi movie. But I wanted it to be on the terms of women," she said.

While talking about female-centric films in recent days, Priyanka said, "My generation of actresses really opened the door for the next generation of actresses to be the faces on the posters, to be able to sell movies. So, I really wanted to bring together my friends and say ‘let's create a movie that will do well at the box office and it will be ours’. So, the stars aligned and we decided to do it. Hopefully, we will start shooting it next year."

Priyanka is currently working on her action web series Citadel, which is produced by the Russo Brothers.