'Not just one but have four boyfriends': Know why Rajesh Khanna gave this weird dating advise to daughter Twinkle

Twinkle Khanna fondly remembers her father Rajesh Khanna on his 78th birth anniversary and taking to her content portal she revealed that her father once gave her dating advice. Know why he gave such weird dating advice.

New Delhi| Jagran Entertainment Desk: Today we are celebrating not one but two birthdays in Bollywood, one of legendary actor Rajesh Khanna and second of his daughter Twinkle Khanna, who is also the wife of superstar Akshay Kumar. Apart from sharing birth dates the father-daughter duo also shares a great bond.

The former actress who has turned 47 today, fondly remembers her father on his 78th birth anniversary and taking to her content portal she revealed that her father always treated her like an equal. Such as from sharing the first sip of alcohol to giving each other nicknames Rajesh Khanna was a doting father.

Recalling her memories with him, Mrs Funnybones revealed that once he gave her dating advice and unlike other fathers, he said date four boys at a time and not just one. Yes, you read it right, the actor gave her daughter this advice because he can't see her heartbreak so he told her, "don't have one boyfriend, always have four at a time, that way your heart will never be broken." 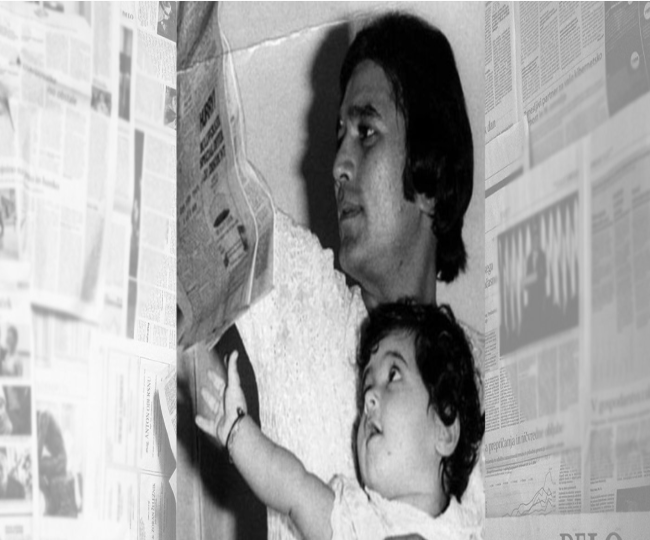 Taking to her Instagram handle she post some heartwarming memories with her father and wrote that Rajesh Khanna considered her as the greatest gift of his life by Dimple Kapadia. Superstar told her mother that Twinkle was the best present she could have ever given to him as the author was born on his 31st birthday. Not just this he also used to call Twinkle as 'Tina Baba' and not baby, although at that time she didn't realise it, now she believes that her upbringing was very different from all other girls around her.

Meanwhile, Taking to Instagram, Akshaya Kumar too posted a birthday wish for his darling wife and wrote, "Here’s to another year of questionable life decisions. But I’m so glad I get to make all of them with you.. Happy birthday Tina"