Actress Nora Fatehi, Sara Ali Khan, Ananya Panday were spotted at the IIFA press conference. IIFA 2022 events will be held on two days - IIFA Rocks on June 3 and the main event on June 4.

New Delhi | Jagran Entertainment Desk: The much-awaited film festival International Indian Film Academy Awards (IIFA Awards) 2022 has finally kicked off. The event is one of the huge events, which is attended by several B-town celebs. This time, celebrities including Salman Khan, Shahid Kapoor, and Riteish Deshmukh have flown to Abu Dhabi for the award ceremony. The main IIFA event is set to take place on June 4. A lot of celebs have already marked their presence at the event, and pictures of them have been doing rounds on the internet.

During the press conference, celebs including Ananya Panday, Sara Ali Khan, and Nora Fatehi were spotted. The ladies as usual looked like divas in their outfits and made heads turn. While Ananya and Sara were seen rocking bright cololur outfits, Nora exuded oodles of oomph in a cropped jacket and mini skirt set.

While talking about the actresses, Ananya's opted for a chich look in a yellow two-piece set, whereas Sara was seen in a body con dress along with the same colour jacket.

Meanwhile, Nora Fatehi stole the show, as the actress looked drop-dead gorgeous in a Fendi co-ord set. She wore a green-hued crop jacket over a sheer black top and paired it with a matching skirt. To enhance the look, the actress also wore matching green thigh-high boots replete with the Fendi logo printed all over.

Also Read
'We Got To Work Together': Chris Pratt To Sidharth Malhotra As They Bond.. 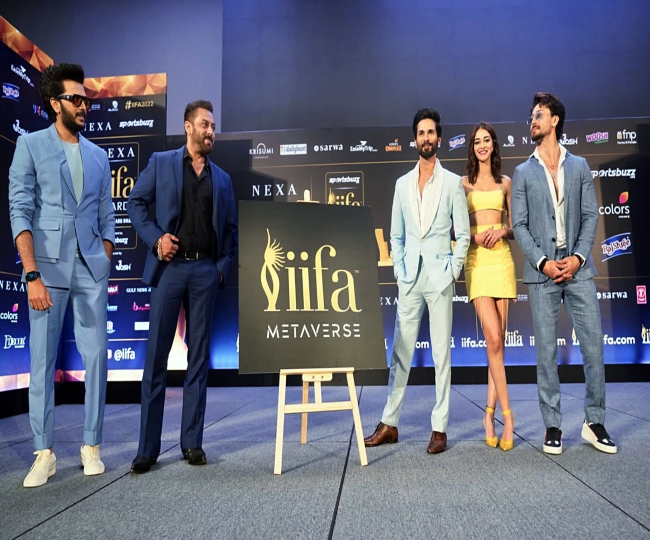 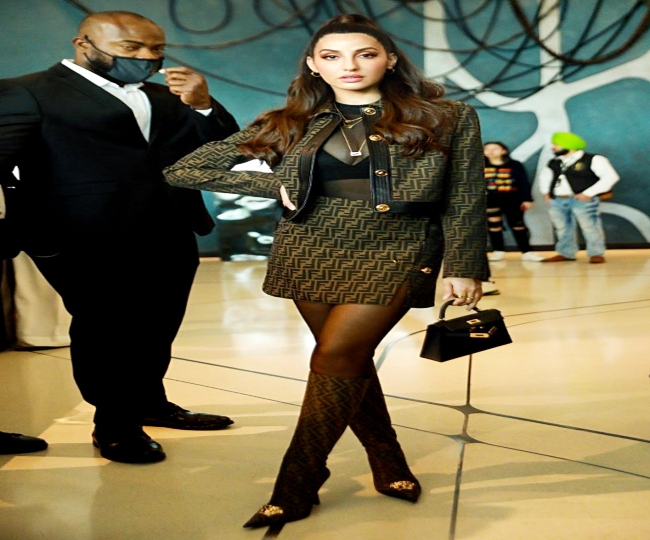 Apart from the press conference, Sara and Ananya took to their Instagram stories and dropped pictures and videos of them doing dance rehearsals for the show. IIFA 2022 events will be held on two days - IIFA Rocks on June 3 and the main event on June 4.