Nora Fatehi took to her official Instagram handle to share a few videos on her Story section of the app where she was seen dancing on a foreign language song. Scroll down to know more

New Delhi | Jagran Entertainment Desk: Nora Fatehi is one of the hottest actresses in B-town currently, all thanks to her sensuous dance movies to her voluptuous body. Whenever she makes a public appearance or shares a glimpse of herself on social media fans can't stop but gush over her HOT-BOD.

And the same happened this time when the actress stepped out in a sultry body-hugging white dress. Nora was oozing glamour and flaunting her curves in this outfit with a plunging neckline.

Ever since her photos, found their way to the internet they have gone viral and fans are going crazy over her hotness. They couldn't help but 'heart' her gorgeous pictures.

Apart from her look captured by photographers, Nora herself took to official Instagram handle to share a few glimpses of her glam-look. In her 'Story' section of the app, she uploaded a number of videos where she is seen dancing with a friend while sitting inside a car. 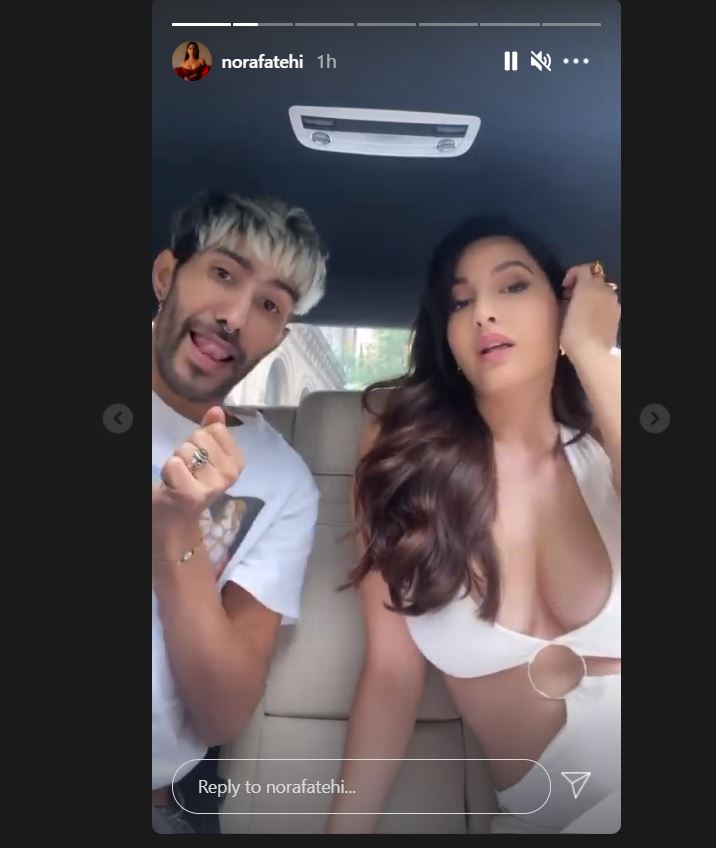 She even posted a picture from an event wearing the similar dress. 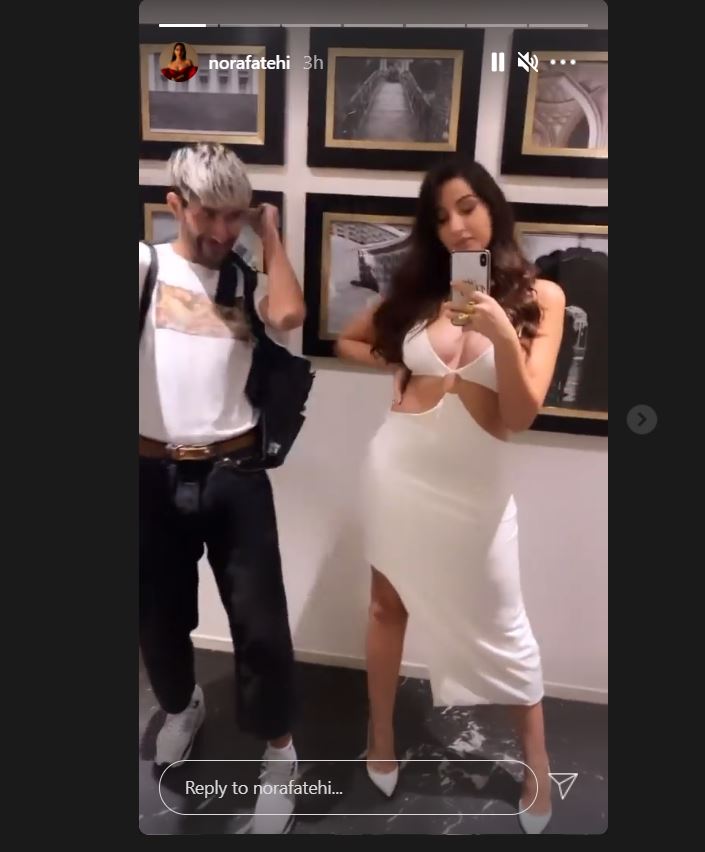 Isn't she looking like fire? Well, seems like Nora has nailed the art of staying in limelight with her drool-worthy clicks.

Meanwhile, on the work front, Nora Fatehi was last seen in Ajay Devgn's multi-starrer Bhuj: The Pride Of India. The film also has Sonakshi Sinha and Sanjay Dutt in key roles.

Her song 'Zaalima Coca Cola Pila De' from the film became an instant hit among fans and went insanely viral on social media where people started making Instagram reels and even recreated their version of it.