Nora Fatehi took to her official social media handle to share the boomerang videos of her latest gym looks with her fans. Scroll down to read more.

New Delhi | Jagran Entertainment Desk: Nora Fatehi is one of those actresses who are ruling the hearts of a million fans with her dancing skills. But apart from her exceptional moves, Nora's gym looks and constant Instagram updates which keep everyone glued their eyes on her.

And this time again the same happened when Nora shared a couple of pictures from her latest workout session. Yes, Nora took to her official social media handle to drop a few boomerang videos in her Insta Story where she is seen clad in an all-black activewear. Her attire includes black sports bra and a pair of shorts.

In the clips, the actress is seen posing inside a gym where her hair are tied back and she is flaunting her abs for the camera. 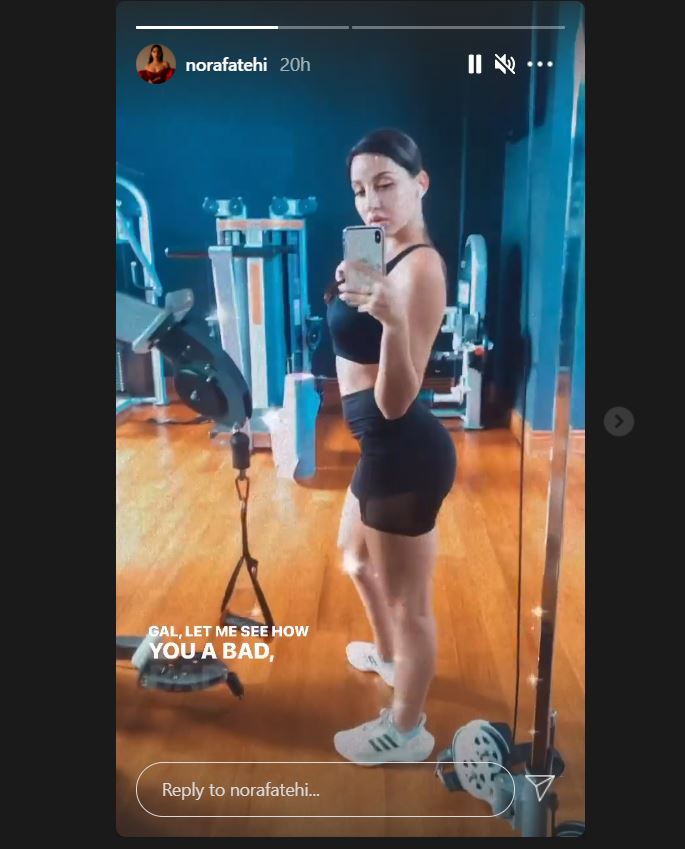 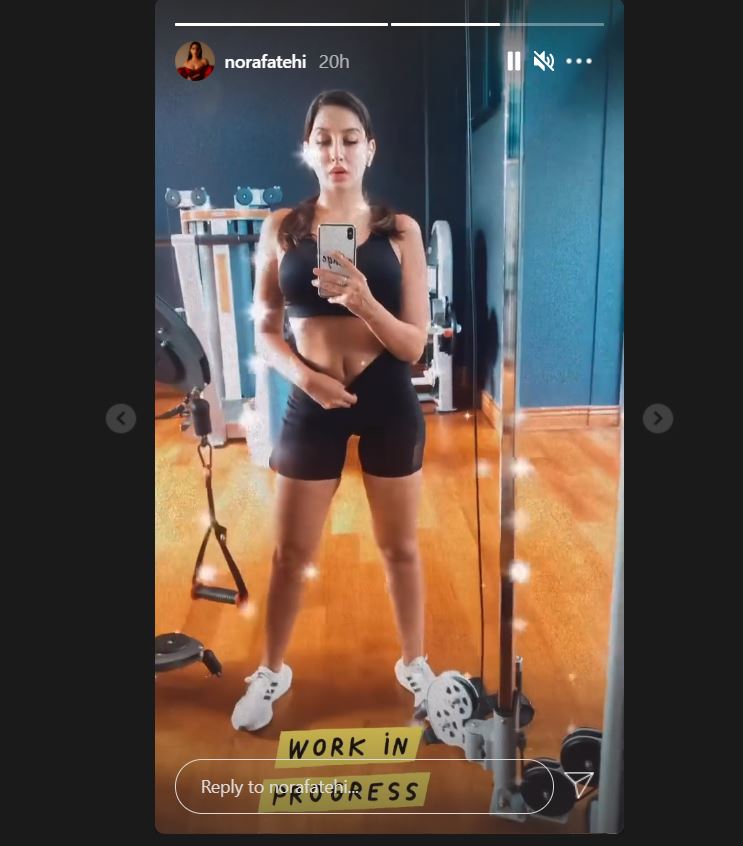 Well, Nora is well-known for her airport and red carpet looks where she hardly fails to impress. The actress also keeps posting her photoshoots in different attires on her social media platform.

Meanwhile, on the work front, Nora Fatehi was recently featured in the film 'Bhuj: The Pride of India' which also starred Ajay Devgn, Sanjay Dutt and Sonakshi Sinha. Nora has also been gaining attention for her latest song 'Zaalima Coca Cola Pila De' which is doing rounds on the internet.

The song has been helmed by Tanishk Bagchi. Talking about Nora's performance he said, "She is the kind of performer who elevates my material. I have a linear process in place which invariably starts with a sketch. Every bit of the song has been developed with love and care. Every song is a fresh challenge and neither Nora nor I bring that pressure of our previous successes. That's what helps us bring our A-game and be uninhibited."

So guys, coming back to her gym look, what are your thoughts about the same? Do let us know.