'No Truth To This': Hrithik Roshan Refutes Rumours Of Moving In With Saba Azad

Hrithik Roshan is reportedly dating Saba Azad. He refuted the reports of him moving in with Saba.

HRITHIK Roshan and Saba Azad's relationship has been hitting the headlines ever since the rumours of them moving in together came out. However, Hrithik has declared these reports and rumours false and said that 'there is no truth to this'.

Refuting the rumours Hrithik wrote, "There is no truth to this. As a public figure, I understand I'll be under the lens of curiosity, but it's best if we keep misinformation away, especially in our reportage, which is a responsible job." 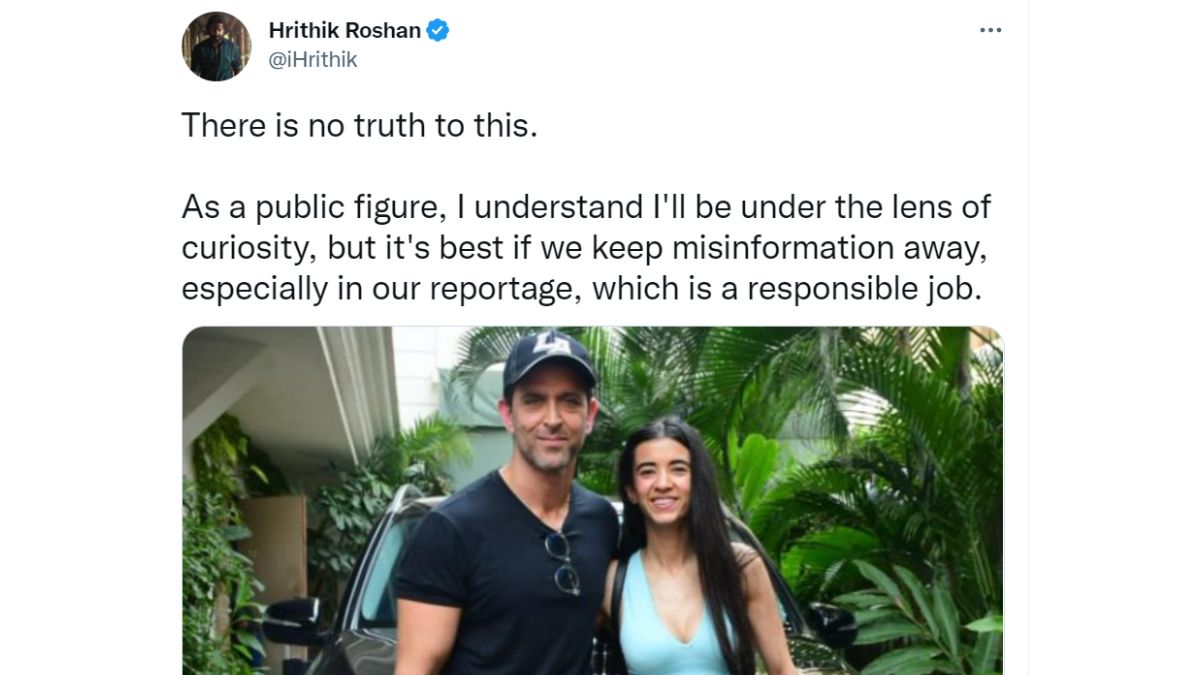 From Karan Johar's birthday party to Ali Fazal and Richa Chaddha's wedding reception, Hrithik and Saba appeared at several Bollywood parties together. However, neither of them has confirmed their relationship.

It was reported that Hrithik and Saba will move in together in a swanky apartment in Mumbai which is, reportedly, spread over three floors.

Hrithik was earlier married to interior designer Sussane Khan and the duo have two sons together, Hrehaan and Hridhaan. However, they parted ways in 2014 and have been successfully co-parenting their kids ever since then.

He has started working on his film 'Fighter', for which he will collaborate with Deepika Padukone for the first time. It was announced that the movie will release on September 30, 2023. but the release date has been postponed. The movie will now hit the theatres on January 25, 2024.

As per reports, Fighter makers have got Brahmastra's VFX team to work to the film. "Fighter is a visual spectacle with some aerial action sequences, which will be a one of its kind experience for the Indian audience,” a source was quoted as saying by Pinkvilla.

“It’s the new way of filming. The action scenes will be shot in real, but there are some blocks that will be enhanced with the use of VFX. Get ready to witness Hrithik Roshan and Deepika Padukone in India’s first aerial action franchise,” the source added.

Hrithik was last seen in Vikram Vedha, along with Saif Ali Khan, Rohit Saraf and Radhika Apte. He will reportedly start working on the superhero film 'Krrish 4'.