Nia Sharma shares glimpse of her new house; take a sneak peek at her griha pravesh ceremony | Pics inside

Actress Nia Sharma took to her official social media handle to share a few pictures of her new home and its griha pravesh ceremony. Scroll down to see pics and read more.

New Delhi | Jagran Entertainment Desk: Nia Sharma has come a long way as an actress in showbiz. Adding another feather to her cap, she bought a new house a few months ago and recently had its griha pravesh ceremony. Yes, the actress even shared a number of clicks from her latest housewarming celebration where she was accompanied by friends and family.

She took to her official Instagram handle to drop a few pictures and videos of the ceremony in the Story section of the app. Nia even shared a few glimpses of her house along with that. In the pics, clad in a white lehenga, the actress could be seen performing puja rituals and spending quality time with her close ones in her new abode.

Located in Mumbai, her apartment perfectly showcases the city's skyline

Many of her near and dear ones congratulated the actress for her achievement on social media. 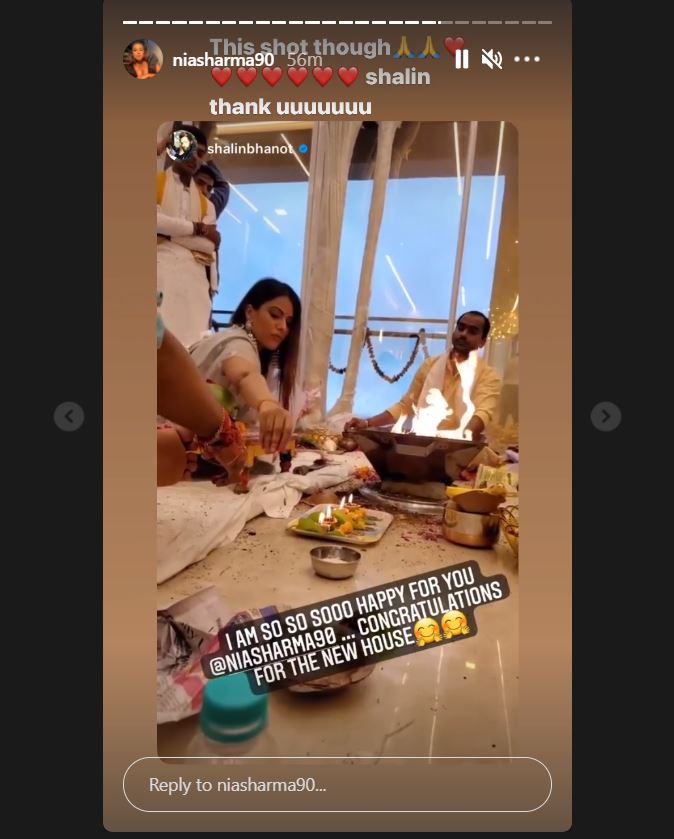 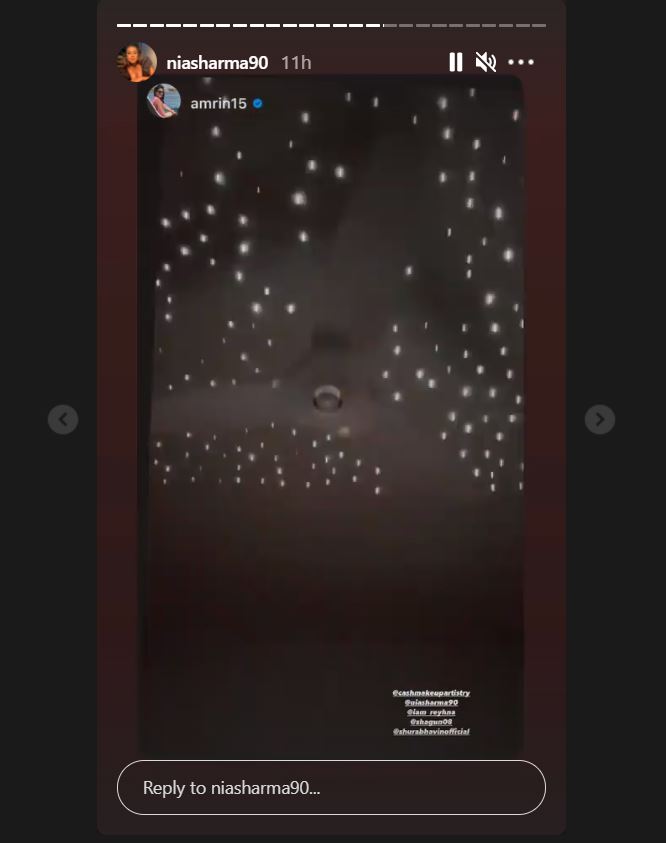 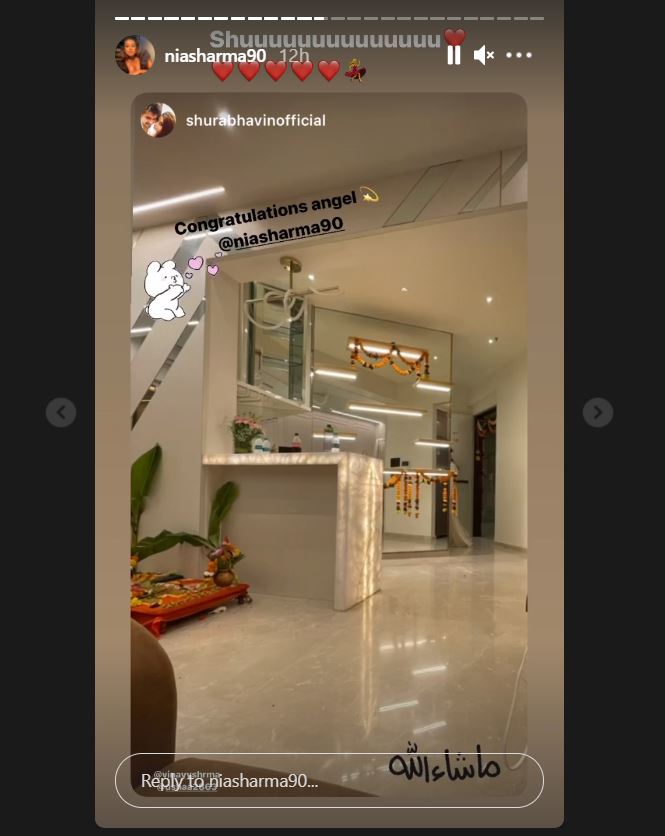 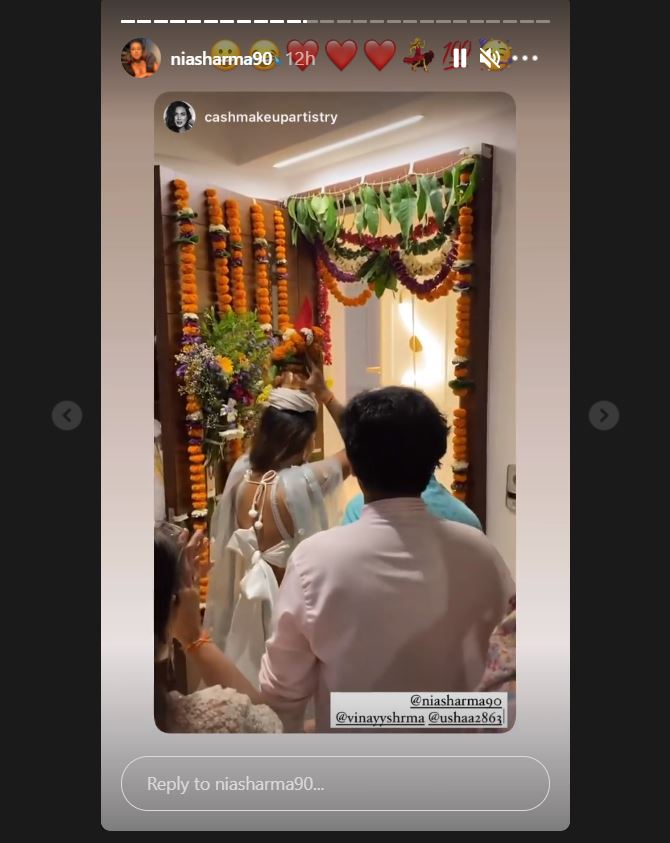 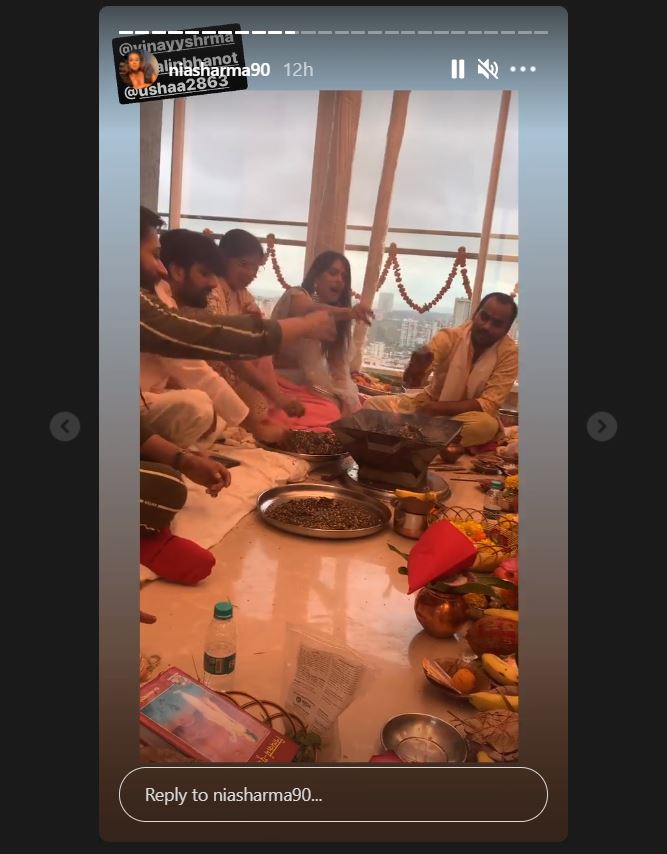 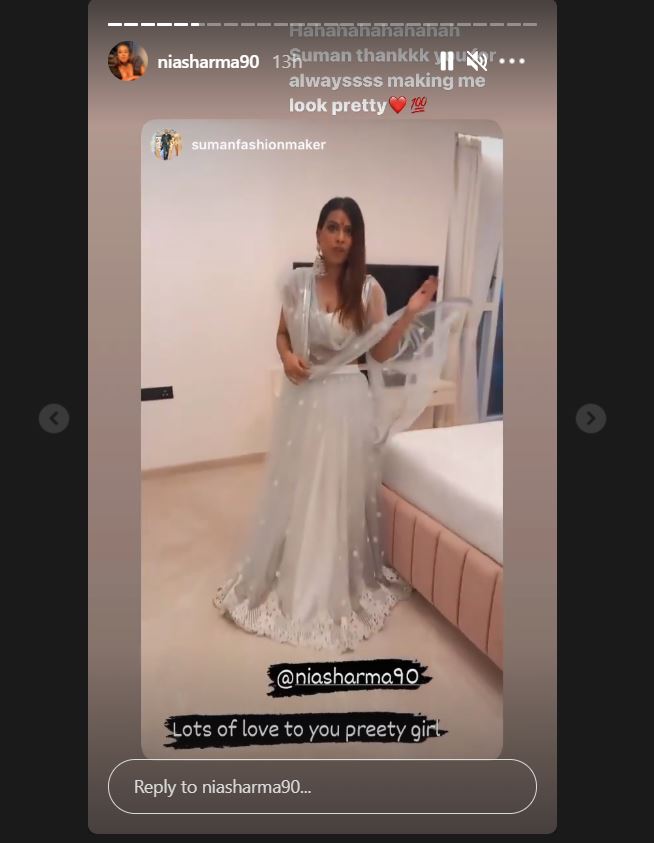 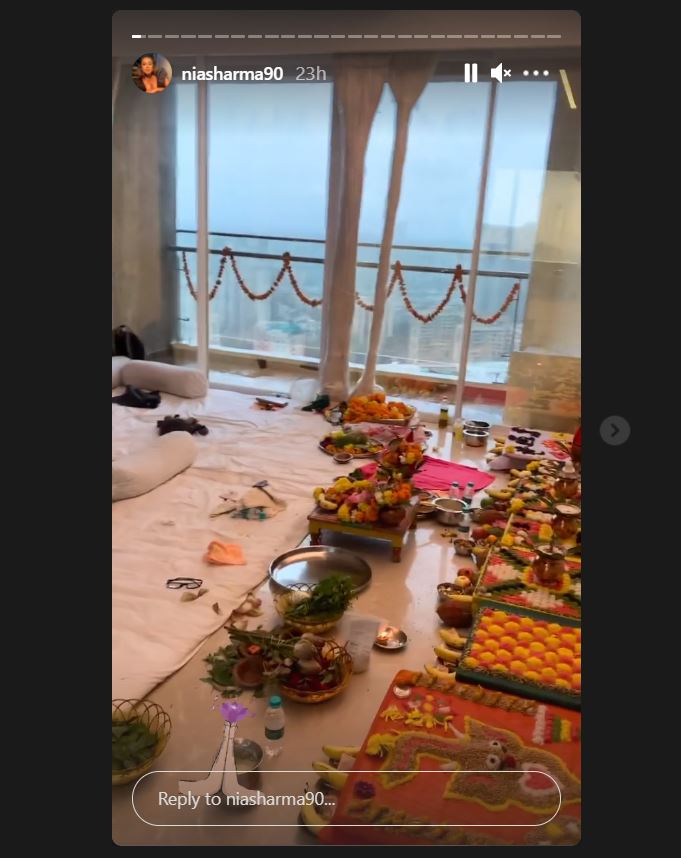 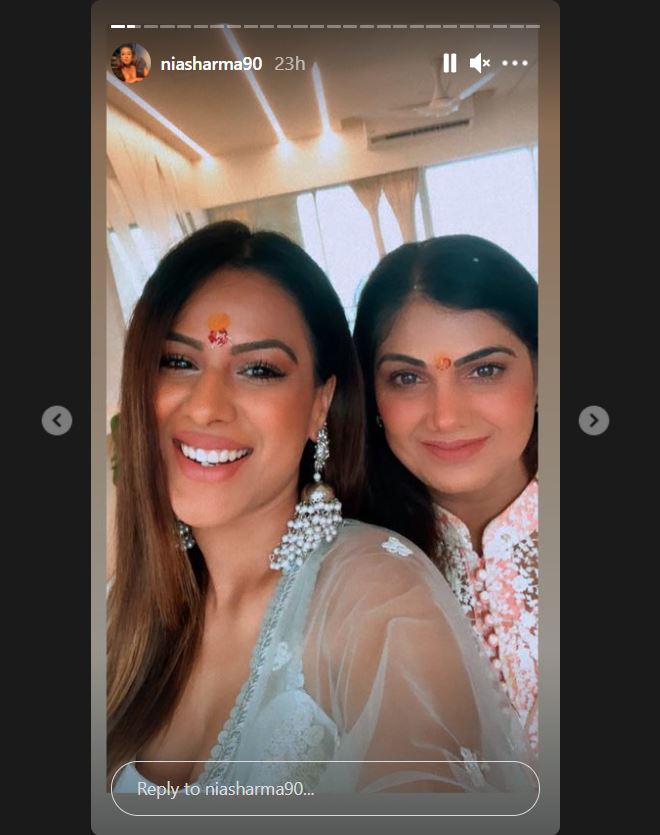 Not just Nia but her brother Vinay Sharma too took to his official social media handle to share the pictures. he wrote, “Happiness is cutting the tags right before wearing your new clothes in your new abode."

Nia had bought the house a few months a go and announced the same on January 1 with a post saying, “‘New homeee to Stay home’... Happyyyyyyy 2021... ‘Efforts never go waste’ is all I’ve learnt in these years is what I want to pass on to the ones that need to know this to keep going…”