From photoshoots to chocolates; mom-to-be Kareena Kapoor Khan is having a time of her life | See pics

New Delhi | Jagran Entertainment Desk: Mommy-to-be Kareena Kapoor Khan is making the most of her third trimester. Yes, be it getting clicked, trying out new digital filters or enjoying chocolates Bebo is leaving no stone unturned to have a time of her life amidst her second pregnancy.

The actress, recently took to her Instagram account to share a few glimpses of herself. In the latest post, Kareena posted a fun boomerang of herself clad in a sky blue maxi dress and her hair half tied. She captioned her short video saying, "9 months and going strong #NotGivingUp #FunTimes #BTS."

Meanwhile, on her Insta stories, the actress took some time out from her shooting and shared some of her filter-try-outs where she can be seen posing with different Instagram filters.

And finally, another recent social media story of Bebo featured a box of Nutties where she mentioned having a sugar rush. 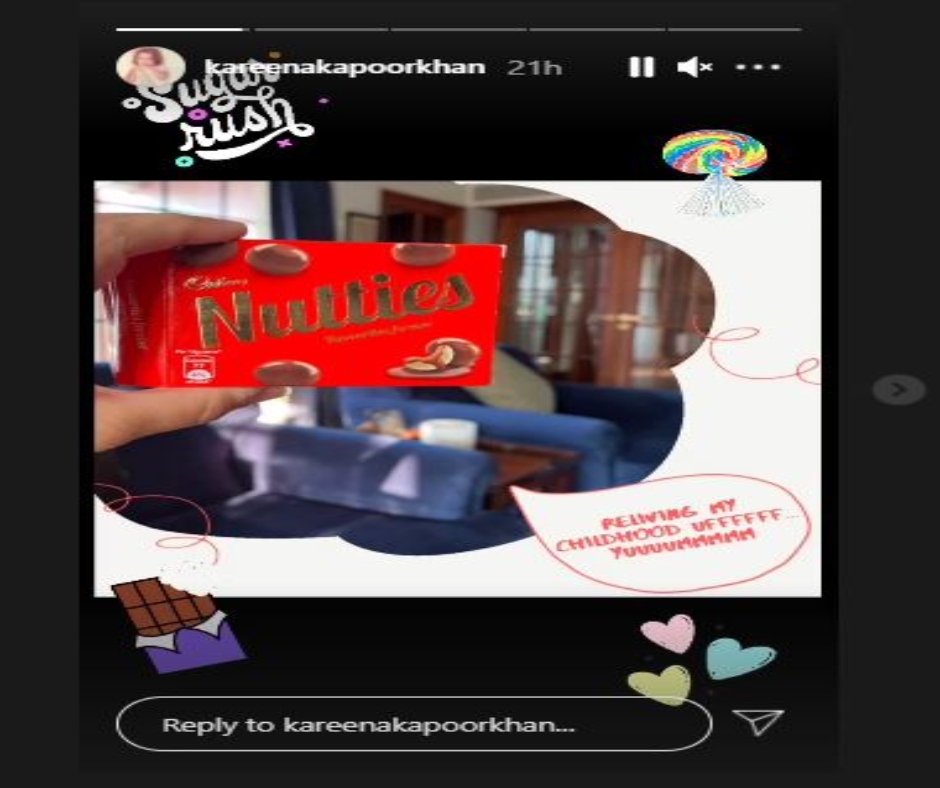 Isn’t she looking absolutely adorable in all her posts and stories? Well, Kareena indeed does anything and everything with sass.

For the unversed, Bebo’s due date is in February and the couple is prepping for yet another Pataudi in the family. Both Saif Ali Khan and Kareena Kapoor Khan released a statement announcing about expecting another child and said, “We are very pleased to announce that we are expecting an addition to our family !! Thank you to all our well-wishers for all their love and support."

On the work front, Kareena was last seen in her talk show ‘Dabur Amla What Women Want’ which airs digitally. Apart from that, her last stint as an actor was in Karan Johar’s ‘Good Newwz’ which also starred Akshay Kumar, Diljit Dosanjh and Kiara Advani in the key roles. Meanwhile, Bebo also has a lot of forthcoming projects in her pipeline including Aamir Khan’s 'Laal Singh Chaddha'.