The film Bittu is under Ekta Kapoor, Guneet Monga and Tahira Kashyap’s cinema collective ‘Indian Women Rising’. Read on to know who all from Bollywood wished the team.

New Delhi | Jagran Entertainment Desk: Ekta Kapoor’s short film Bittu has officially bagged the nominations in the top 10 for the 93rd Academy Awards. Yes, the movie has been shortlisted for the Live Action Short Film category for Oscars 2021 which will take place in the month of April.

Bittu has been helmed under Ekta Kapoor, Guneet Monga, Ruchikaa Kapoor and Tahira Kashyap’s cinema collective 'Indian Women Rising'. The film is directed by Karishma Dev Dube and deals with a true story and is  based on close friendship between two girls.

The film was chosen to be in the top 10 out of 174 other short films from around the world.

Sharing the news with everyone, producer Ekta Kapoor took to her Instagram account and wrote, "Very exciting news but v persevering women I know who working at it! I’m in august company! Way to go team #BITTU N @indianwomenrising #Repost with @fastsave_photo_video  credit: @guneetmonga It’s 4.30am in India... am tossing & turning, stress eating and texting my IWR girls thru the night and here we are!!"

Meanwhile, Tahira Kashyap also shared the news saying, "#bittu is in the top 10 for the 93rd Academy Awards! Can’t keep calm as this is our first project under @indianwomenrising This one is so special @k.devdube may you shine congratulations @shredevdube @maryelista you all are rockstars."

As soon as the news broke out, B-town celebs and fans started showering their wishes on the team. KJo wrote on his Instagram wrote, "All the best guys! Make us proud." 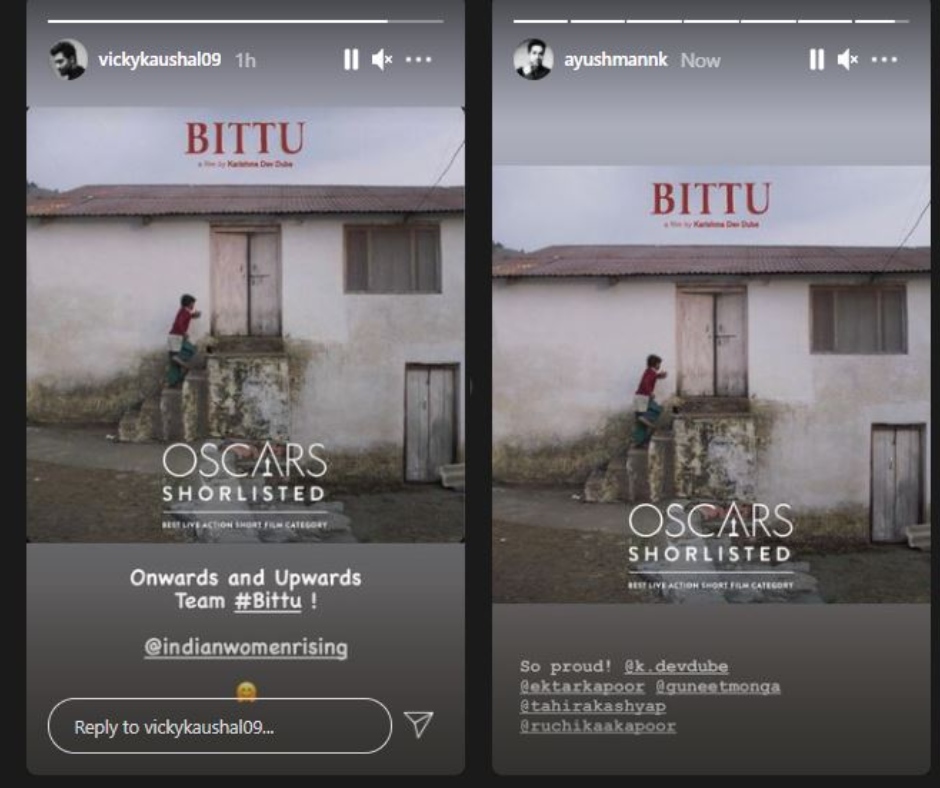 So guys, what are your thoughts about it? Do let us know