Nakuul Mehta's son turned seven months old and he introduced him to the world celebrating the occasion. Ever since his photos got out, Baby Sufi has become the most popular kid on the block in comparison to internet sensation Taimur.

New Delhi|Jagran Entertainment Desk: Nakuul Mehta and his wife Jankee Mehta have finally introduced his son Sufi to the world. It has been over three days since the Bade Ache Lagte hai actor shared a post on his Instagram introducing his awwdorable blue-eyed baby. But, it seems the internet can't stop gushing over his cute baby. The reel that Nakuul shared has gone viral on social media and has been getting all the love from fans and internet users.

Some fans now have also marked baby Sufi as a 'Competition' for our current favorite child in the headlines Taimur Ali Khan. Ever since the video of baby Sufi surfaced netizens have started comparing him with Taimur and have flooded the comment sections mentioning, " Wahh ye to Taimur se bhi sundar hai."

Take a look at the reel here:

But, now one glimpse of the comment section under Nakuul's post will prove that Sufi has become the most loved and popular Star kid now. Comparing baby Sufi to Taimur Netizens has so much to say. 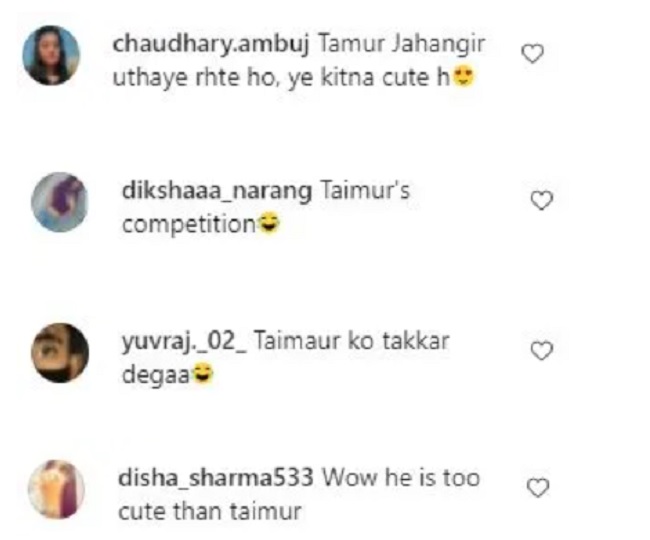 Nakuul and Jankee have shared regular updates of baby Sufi earlier but never revealed his face. They only decided to share the video once baby Sufi turned seven months old.

Sharing an adorable video of Sufi, Nakuul, and Jankee wrote, "Hi, I am Sufi and I am 7 months old today. It’s so nice to finally meet you. P.S. Letting my folks share this on my behalf ‘cause I got cool things to do! @babysufim."