Shilpa Shetty took to her official social media handle to share a glimpse of Kanjak bhoj at her residence in Mumbai. Scroll down to know more.

New Delhi | Jagran Entertainment Desk: Shilpa Shetty is quite religious in her personal life and is often spotted praying and offering pujas at home. The actress even shares a lot of glimpses of herself while performing aarti and celebrating traditional festivals. And this time too the reality show judge took to her official social media handle to share a few clicks and videos while doing Navratri puja.

Yes, Shilpa recently organised a kanjak bhoj at her Mumbai residence where she invited little girls for religious feat during Durga Ashtami. Taking to her Instagram Story she captioned one of her images saying "Happy Kanjak Puja #jaimatadi" 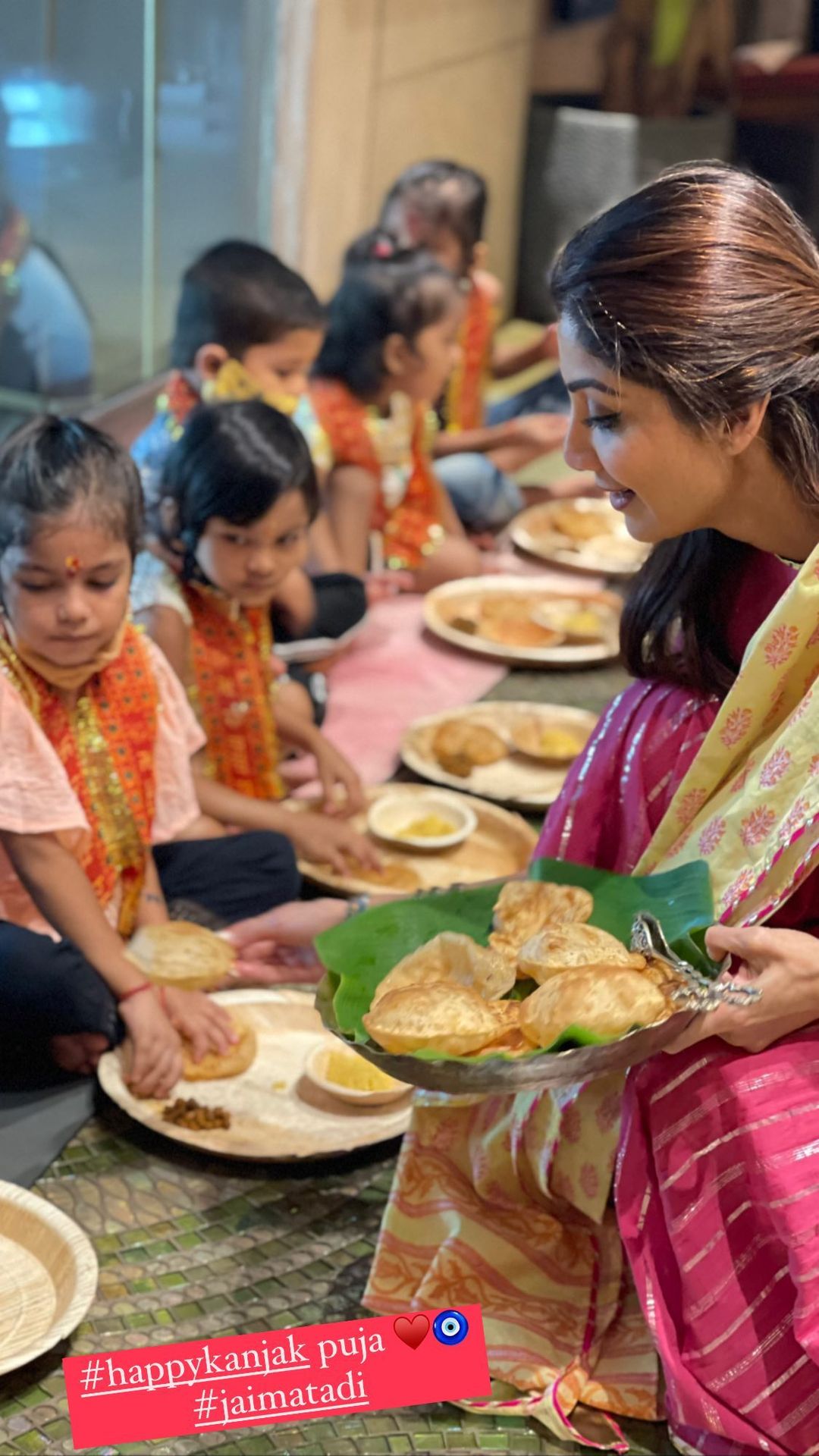 She even shared a video featuring the mandir of her house where Goddess's idol can be seen. Apart from it recently, Shilpa Shared a clip of herself with kids performing arti.

She captioned the video saying, “My #MondayMotivation… my kids and faith. Some things can’t just be passed down to the next generation without them witnessing us doing it. It’s important to me that my kids grow up with the same values and traditions that our parents inculcated in us. Sowing the seeds of faith in both of them from a young age was something I always intended doing… because I know that faith grows stronger and becomes a lot more deep-rooted as we grow older & helps us experience life in all its glory surrendering to the almighty. Bliss Happy Monday to all of you!”

Meanwhile, for the unversed, Shetty and her family have been undergoing a major controversy after the actress' husband Raj Kundra was arrested in the alleged production of adult film content. He stayed in jail for nearly two months before getting released on bail.